Deserted Modern village ‘Haidl’ with a part of ‘Gold Trail’ 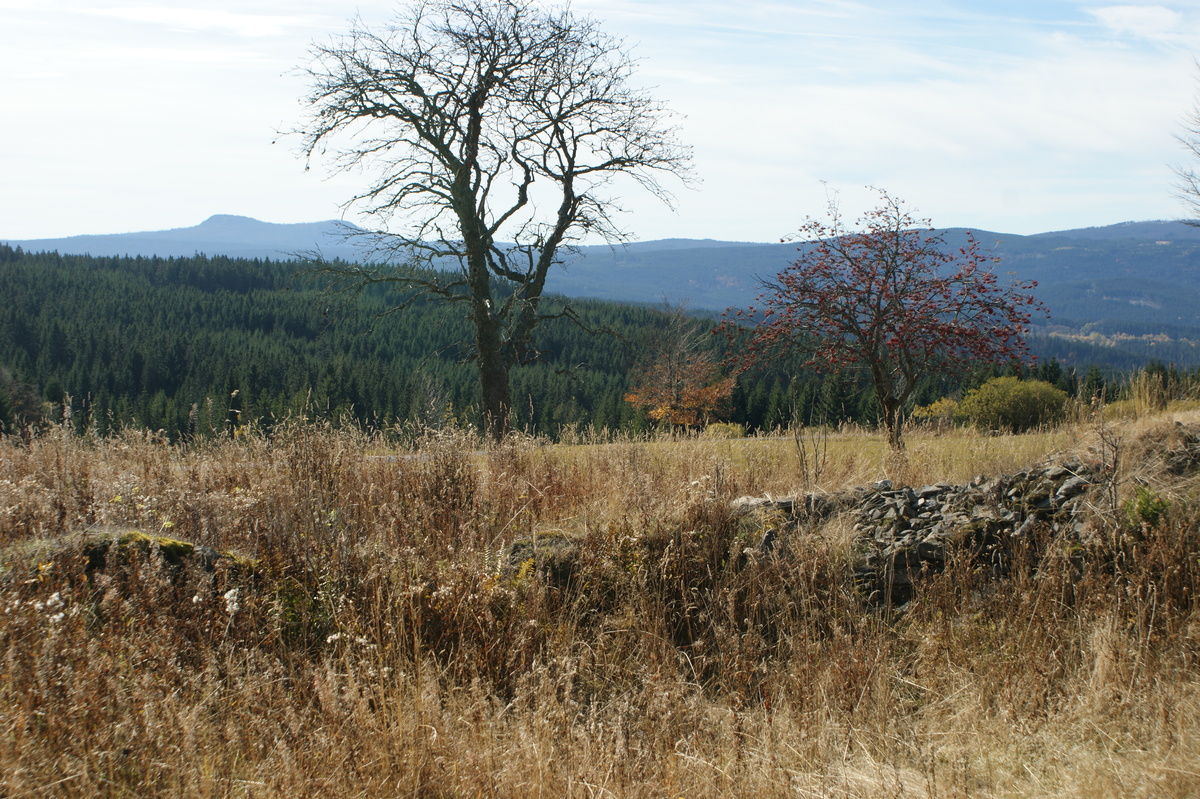 View from the deserted village Zhůří over the Šumava Mts.

The Early Modern village of Haidl was founded by German colonists at the turn of the 18th century on one of the most adverse upland plateaus of the Šumava Mts. at an elevation of around 1,000 metres. Houses were distributed along the important route – the ‘Gold Trail’. The settlers earned their living by working in the forest, agriculture, cattle grazing and by performing unskilled labour in the nearby glassworks. Until the Second World War, the village had more than twenty houses. As a consequence of the transfer of the German population, the village was shortly occupied by newcomers from Slovakia and Romania, but in the 1950s was deserted and gradually demolished by the Czechoslovak army. 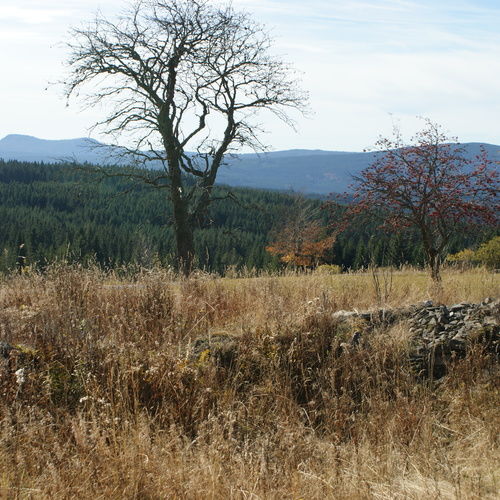 View from the deserted village Zhůří over the Šumava Mts.
Photo D. Dreslerová, 2013. 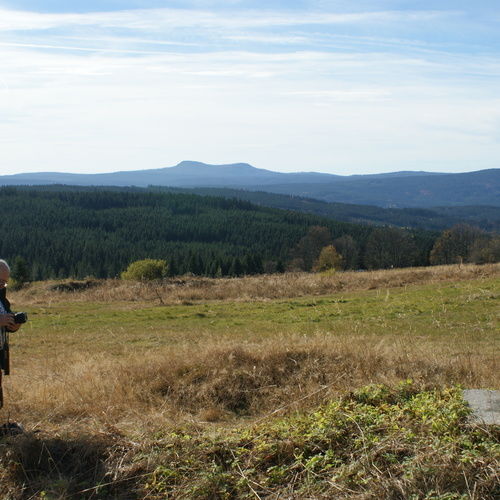 One of the three preserved crosses.
Photo D. Dreslerová, 2013. 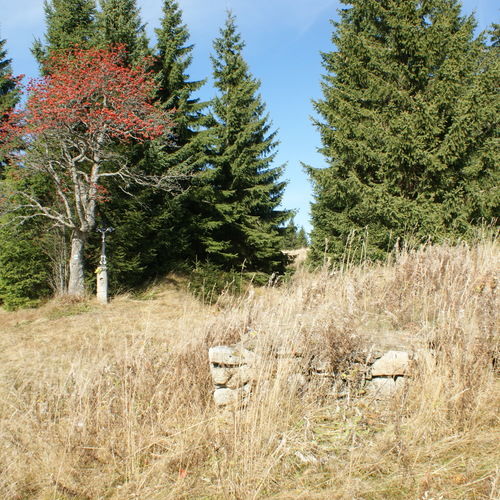 Corner of a deserted house, one of the three crosses in t...
Photo D. Dreslerová, 2013. 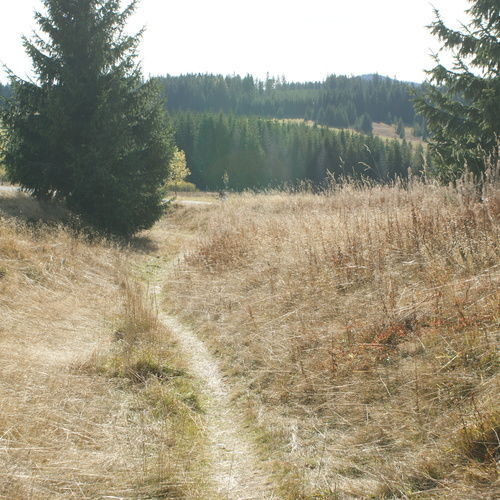 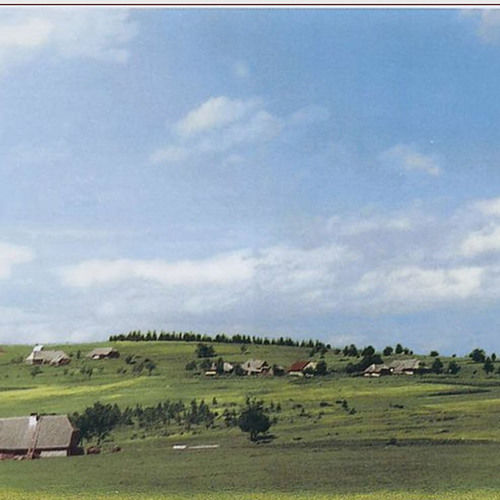 Zhůří on a postcard from the first half of 20th century.

Map notes: A – location of the Chapel of St Wenceslaus (Václav); 1–57 – houses (building lot numbers are given). Map symbols are available in the Downloads section. 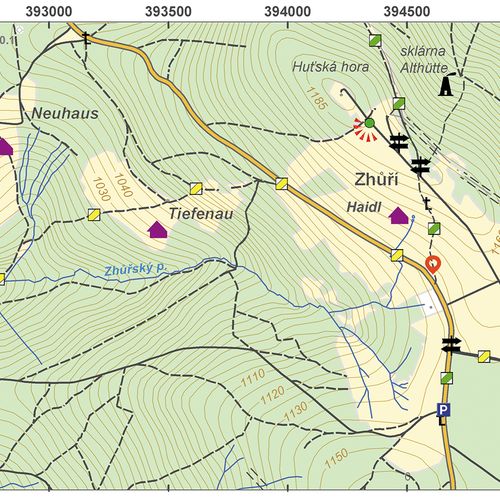 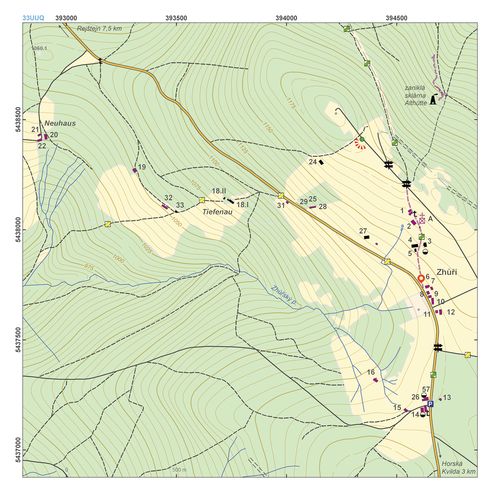