A Přemyslid administrative centre situated on the ‘Trstěnice Trail’ connecting Bohemia and Moravia. The hillfort had traditionally been attributed to King Vratislav II (ruled 1061-1092), but it appears that it was in fact built at the turn of the 11th century. The hillfort was an administrative centre until the mid 13th century. Vraclav is tied to one of the attempts to exterminate the rival Vršovec family, which actually occurred in 1108. All that remains of the hillfort is the bank around the acropolis; excavations uncovered remains of buildings and evidence of crafts and trade. 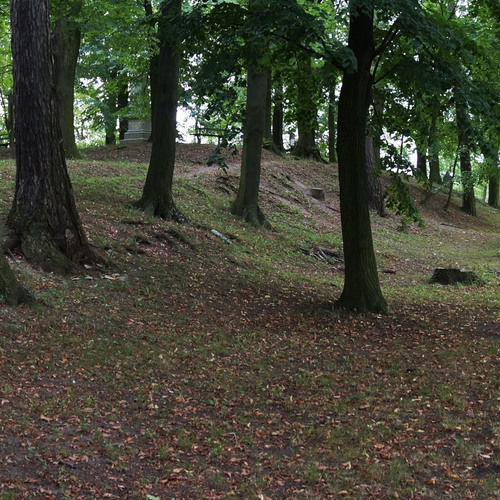 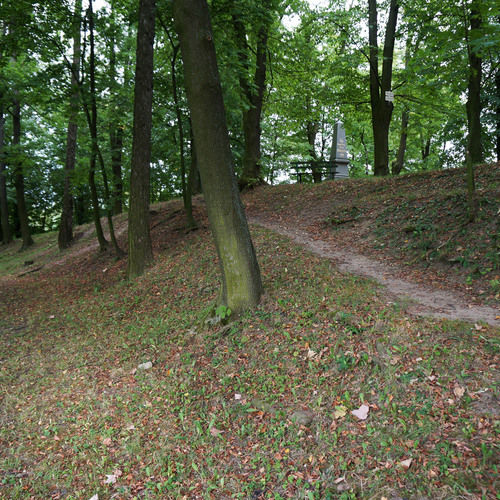 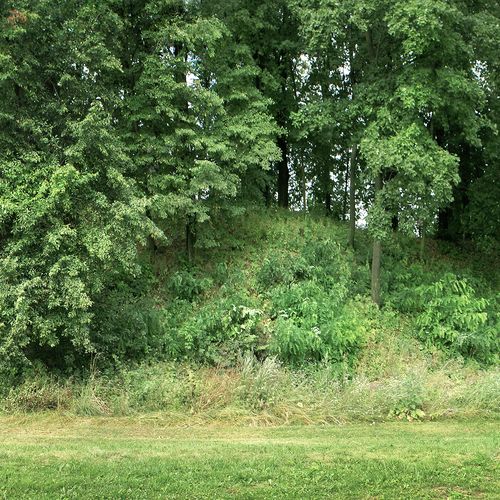 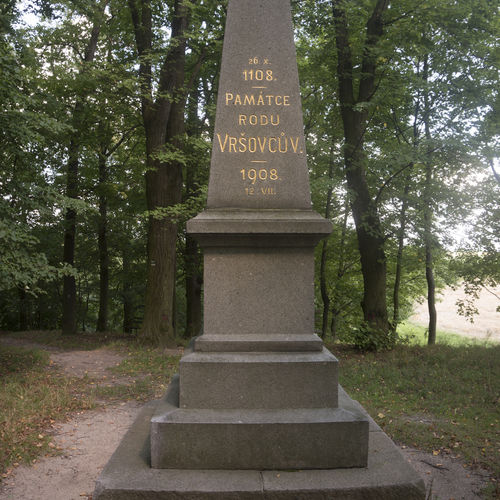 Memorial in the memory of slaughtering of the Vršovci nob...
Photo J. Mařík, 2014. 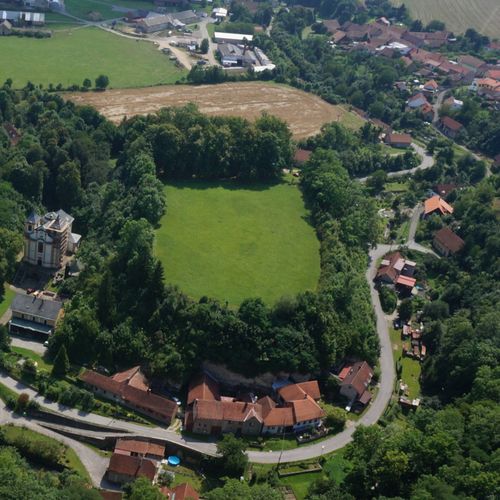 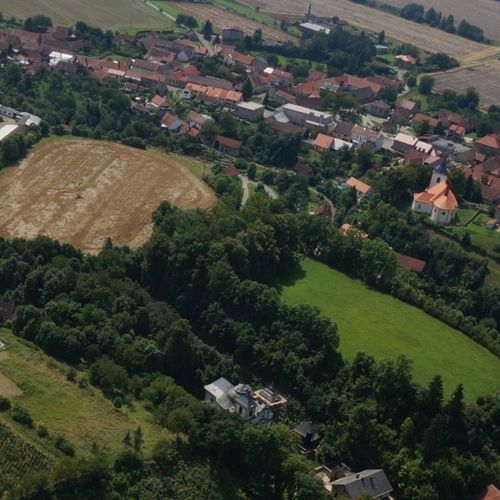 Map notes: A – acropolis; B – bank; C – bailey. Map symbols are available in the Downloads section. 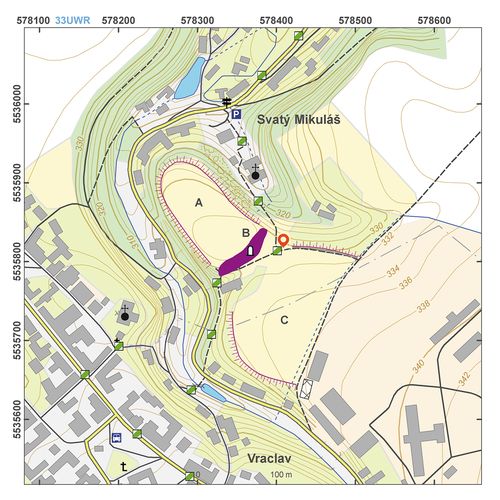