The remains of the ‘Kotelská’ (Kösselbaude) mountain cabin (in German Baude) and its environs represent a typical example of a specific form of the Krkonoše Mts. (Giant Mts.) economy called ‘mountain cabin farming’ (Baudenwirtschaft). This practice was introduced to the region by woodcutters from the Alps in the late 17th century. The essence of mountain cabin farming was seasonal hay production and summer grazing of livestock used for the production of meat, milk, butter and cheese. The ‘Kotelská’ mountain cabin was built on the place of its earlier predecessor in 1748 and kept up to about 50 cows. In the second half of the 19th century, as a consequence of economic changes, it was partly demolished and the rest became a gamekeeper´s lodge. It burned down in 1910 and was never rebuilt. 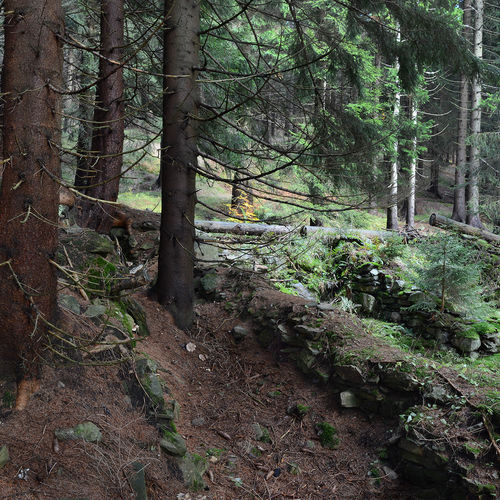 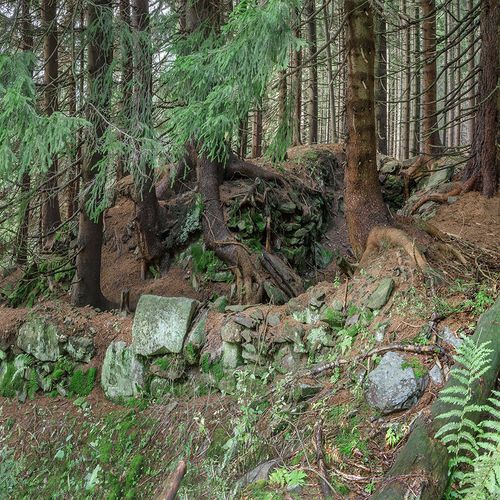 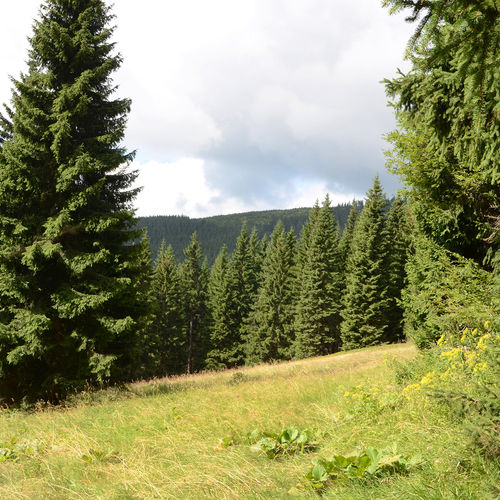 Remains of grass meadow under the hut.
Photo D. Dreslerová, 2013. 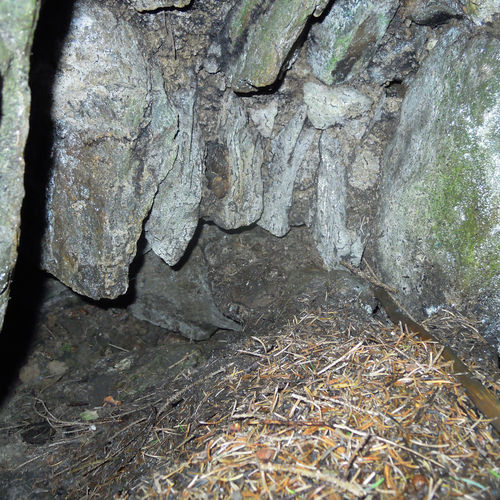 Collapsed vault of a cellar beneath the oven in the weste...
Photo D. Dreslerová, 2013. 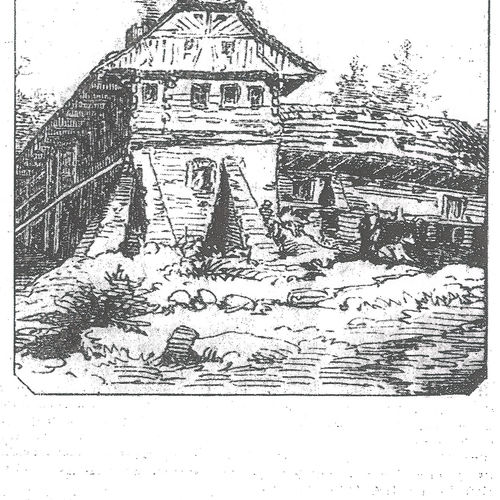 Kotelná shelter on a drawing from mid-19th century. 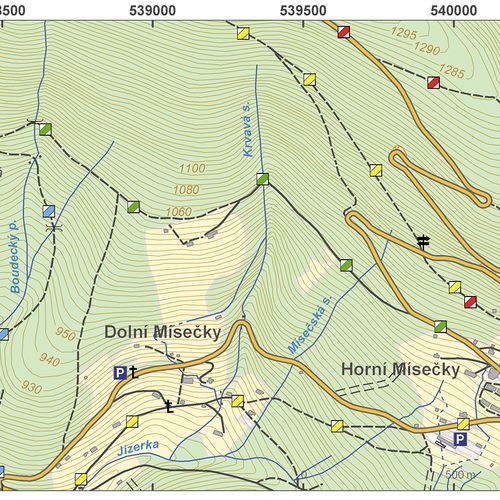 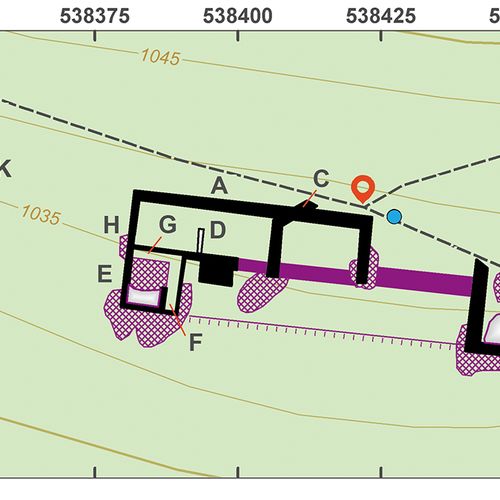 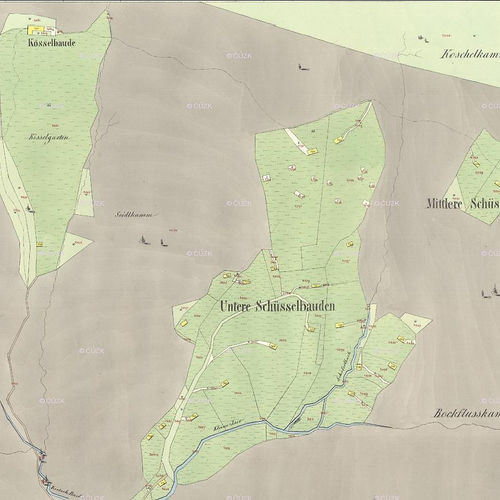 Kotelné boudy settlement on the Stabile Cadastre map from 1842.
After archivnimapy.cuzk.cz.