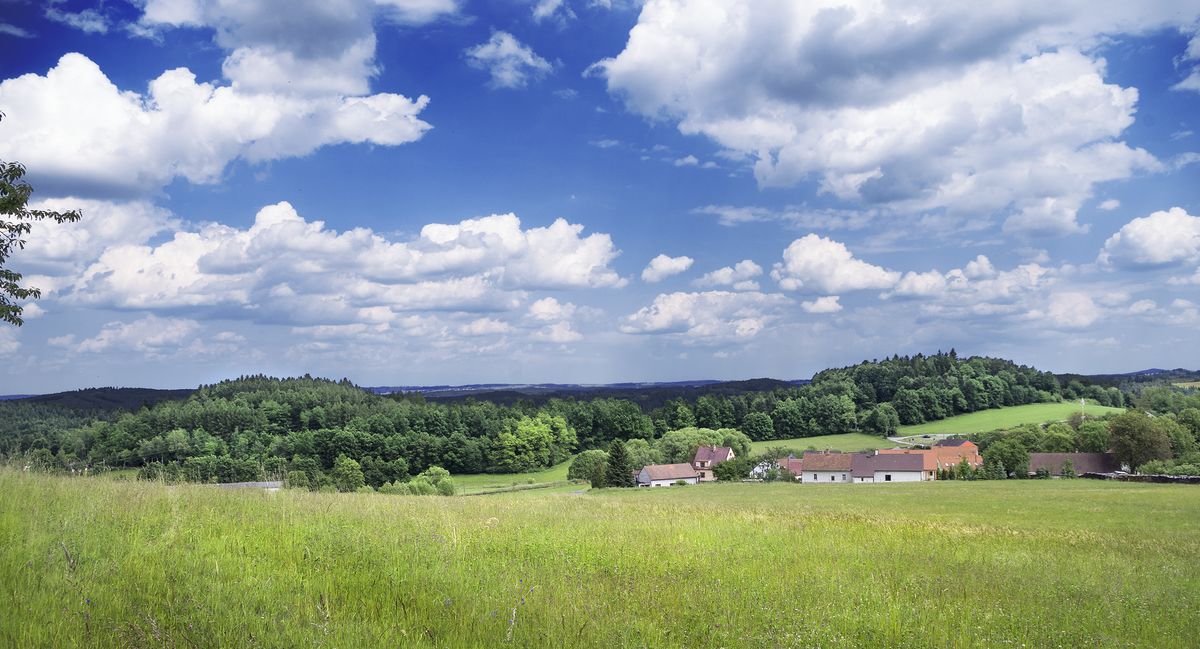 A La Tène oppidum situated on the long-distance route to the Danube region and Bavaria with specific fortification features. The Třísov oppidum represented the first (from the south) support foothold along the Moldau (Vltava) trade route, and finds of luxury imported goods and coins document involvement of the local elite in the long-distance exchange. Processing of iron ore, metal casting and glassmaking were conducted at the oppidum, and coins were also minted here. A pair of acropolises and a rampart with a decorative band of stone panels imitating ‘Cyclopean’ masonry represent specific features of this settlement site. A second line of fortifications and transverse walls preventing movement in the ditch were added later. 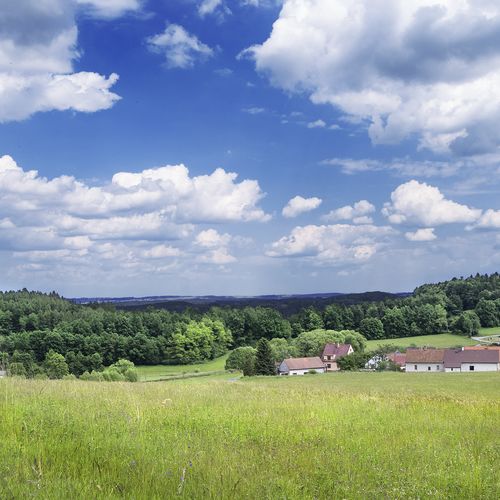 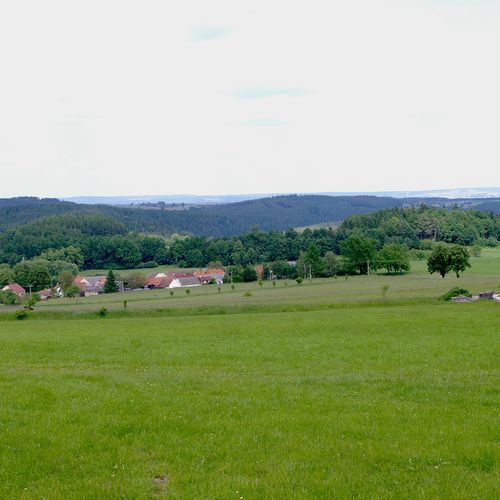 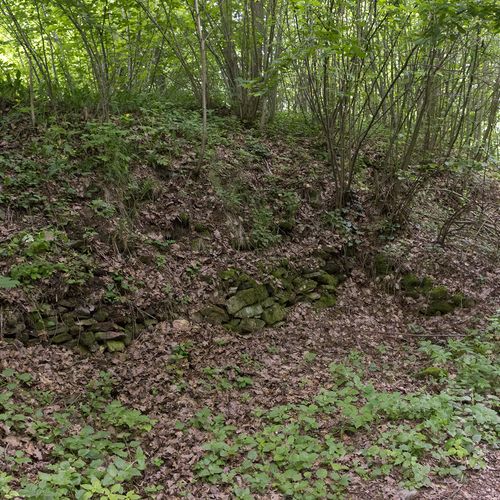 Unearthed destruction of the stone screen wall on the gat...
Photo A. Danielisová, 2014. 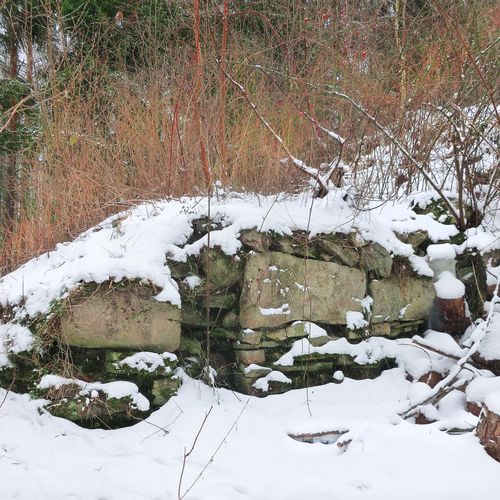 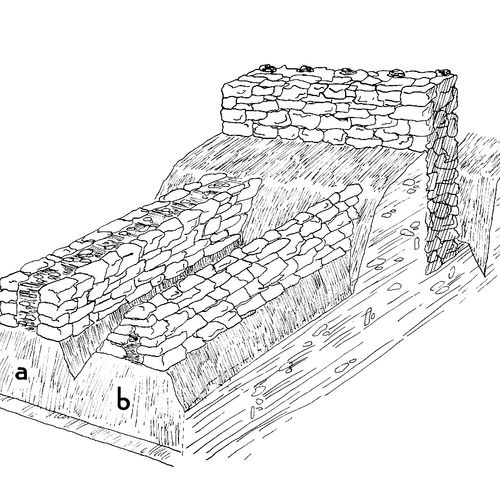 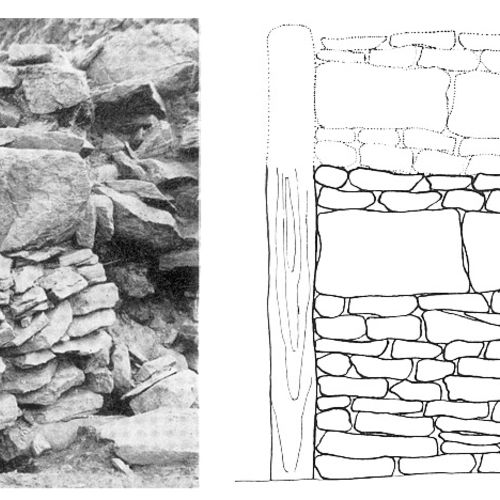 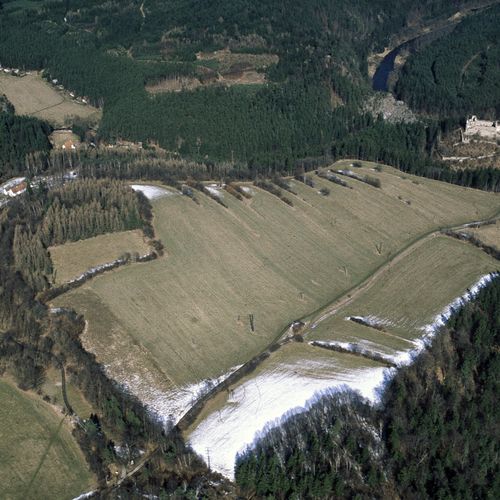 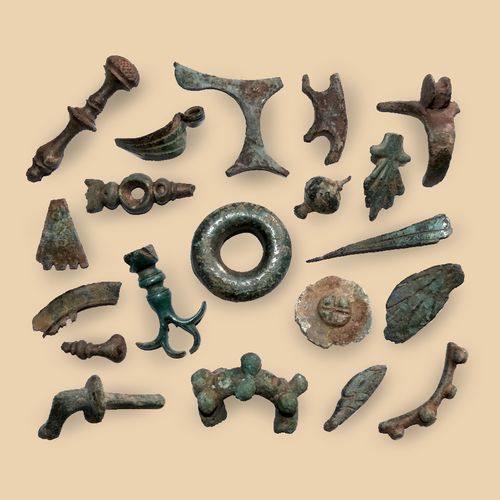 Bronze finds found in the course of surface collection in...
Photo A. Danielisová, 2013.

Map notes: A – main double gate of the ‘pincer’ type; B – double ‘pincer’ type gate; C – uncovered part of the rampart with stone slabs imitating ‘Cyclopean’ masonry (visible from the ditch). Map symbols are available in the Downloads section. 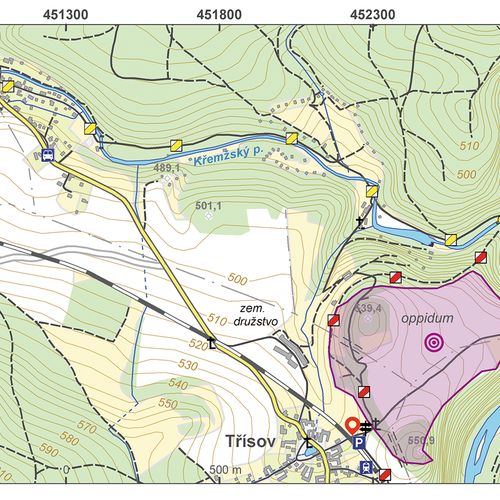 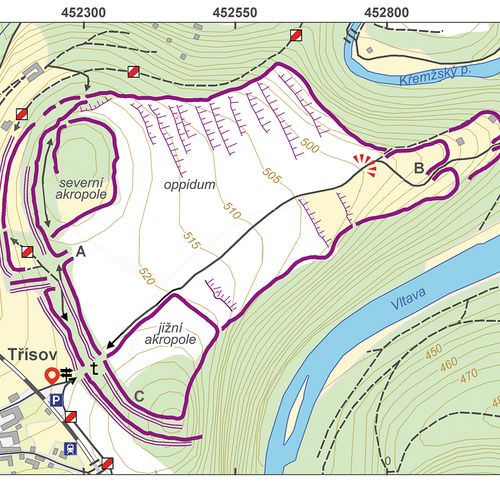