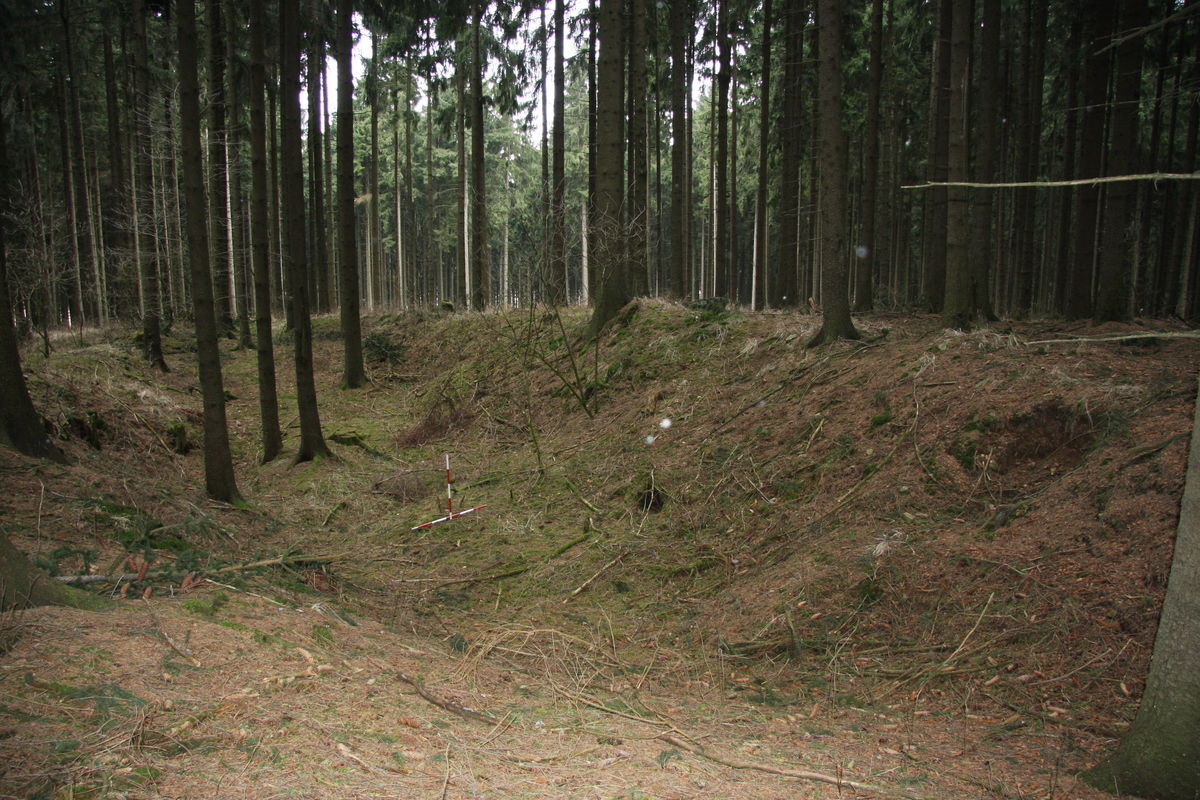 The vast deserted underground-mining and settlement area near Svojkovice and Hory represents a complex area engaged in mining and processing of the raw material. Apart from the remains above-ground in the cultural landscape, also some underground parts of the mine have survived. In the centre of this area lies Hrachová hora, with two preserved large pinge fields and one solitary pinge. The pinges, mostly of a circular or oval shape, are well visible in the ground, up to 3 m deep, sometimes surrounded by slag heaps. The village of Velké Štítky was situated about 800 m south of the mound. Mining started at the beginning of the 14th century, and written records claim that the village was deserted already in 1519, and subsequently the new village of Hory was founded nearby. In Štítky, we can still see the surface of a small circular fortification surrounded by a double ditch and an earthwork. 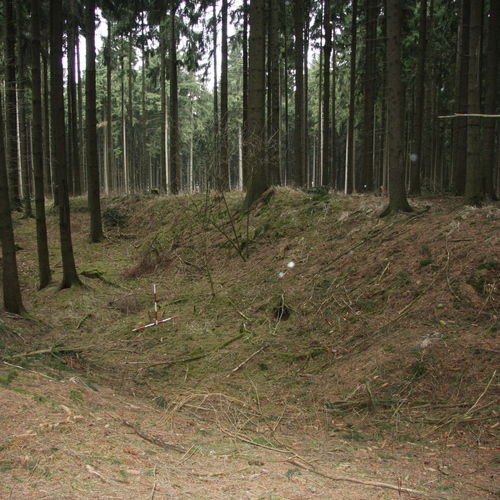 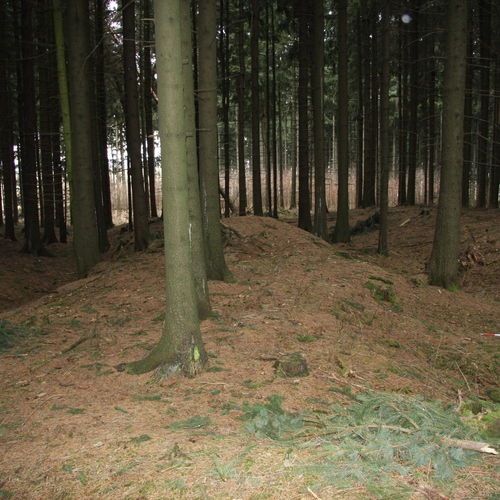 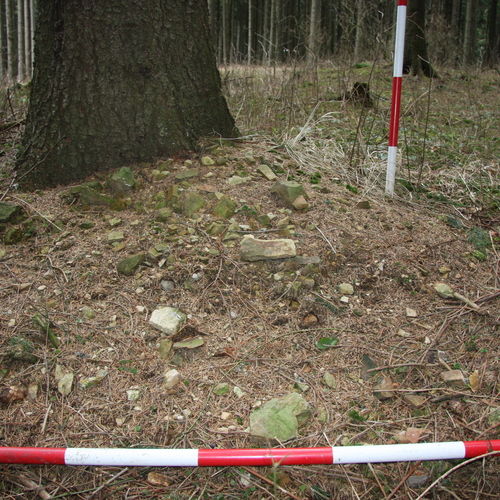 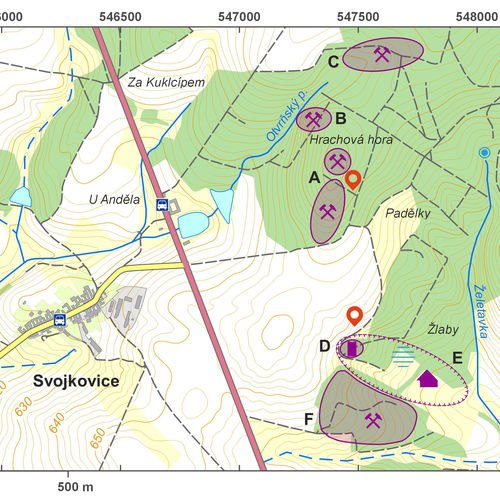