View of the remains of the tower from the east.

The prehistoric and early medieval fortified settlement represents evidence of the long-term occupation of an important site in the Boskovice Furrow. The site was described at the beginning of the 20th century; archaeological excavations were carried out in the 2nd half of the 20th century and yielded evidence of prehistoric settlement from the Eneolithic and Bronze Age, when the area of the settlement was fortified with a wall of earth and wood and a facing stone wall. In front of the fortification, there were terraces dug into the slope containing evidence of metal foundries. The La Tène settlement is attested only fragmentarily. In the Early Middle Ages, the settled upper part was encircled by a palisade. The fortified settlement was also occupied in the 12th and the 1st half of the 13th centuries, but subsequently abandoned. The latest phase is marked by the erection of a nameless castle in the mid-15th century, from which the fragments of a prismatic tower, residential apartments with cellar and a curtain wall have survived. Today, the site is partially forested and we can see the outline of the remains of the tower and of the walls of the Chapel of the Holy Spirit on the surface. 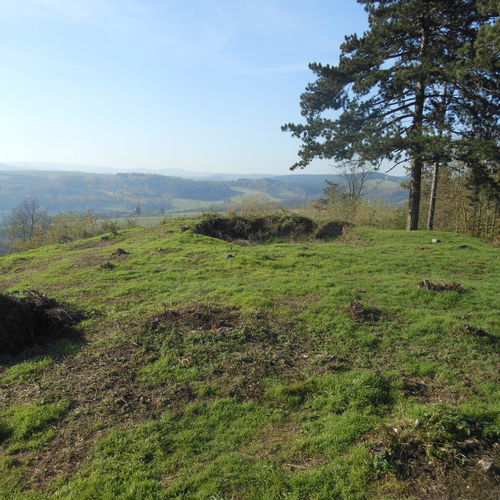 View of the remains of the tower from the east.
Photo R. Stránská, 2015. 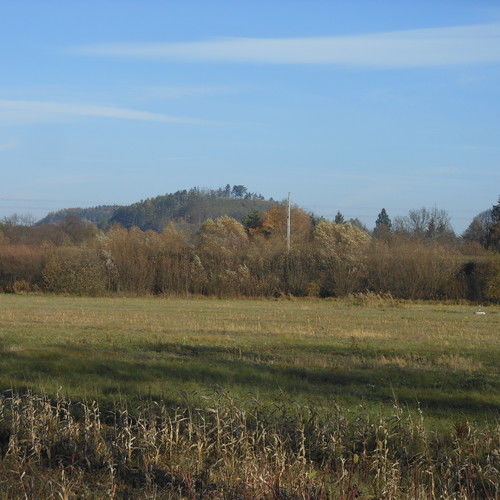 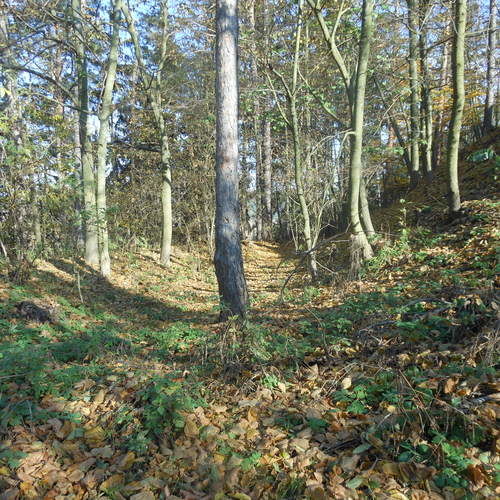 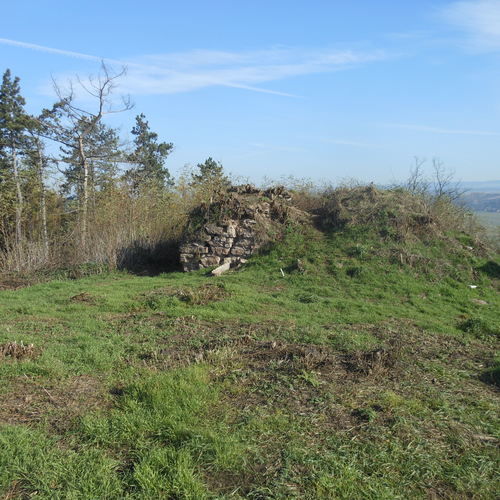 View of the chapel walls from the west.
Photo R. Stránská, 2015. 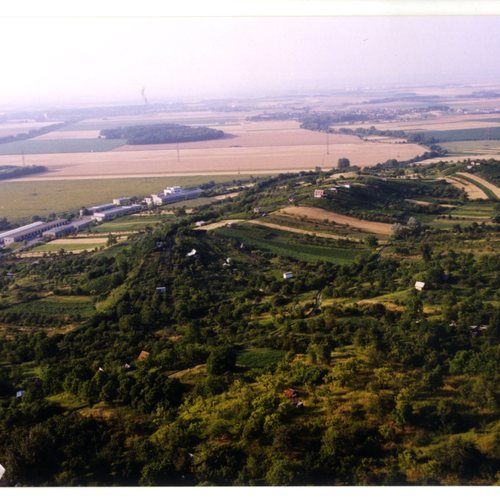 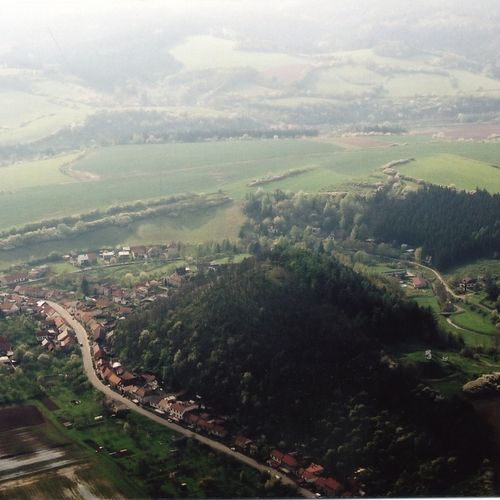 Aerial view of the hillfort from the south.
Photo I. Čižmář. 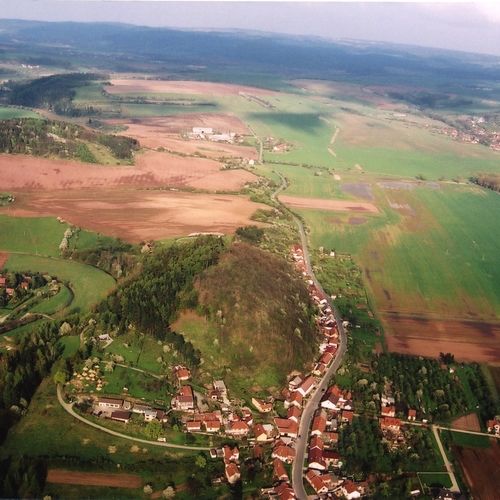 Aerial view of the hillfort from the west.
Photo I. Čižmář. 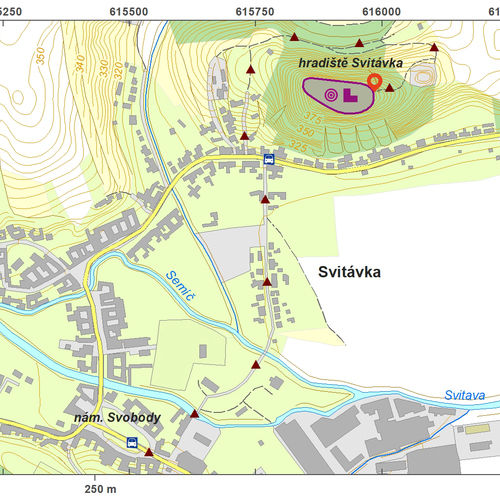 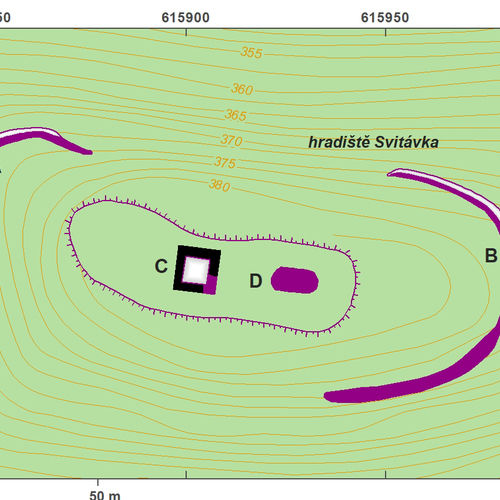