Panoramatic view from the hillfort towards České středohoří.

One of a few spectacular prehistoric hillforts not covered by a forest today and, thus, providing a stunning panoramic view of the Central Bohemian Uplands. The univallate hillfort at the ´Na šancích’ site was built in the Hallstatt Period. The fortification consists of several sections constructed using different techniques. A monumental wood and earth rampart on the northeast side originally had a frontal stone screen wall, a palisade and an outer ditch. Today, the ‘Stradonka’ watchtower, built in an assumed Iron Age form, stands on top of the rampart. The hillfort may have served as a refuge in times of danger, for meetings of local communities to conduct religious ceremonies, festivals and/or as a market place. It could therefore also have been an ideological centre and a source of tribal identity and prestige. 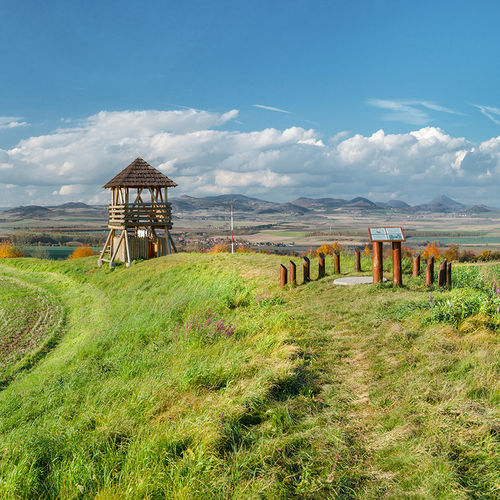 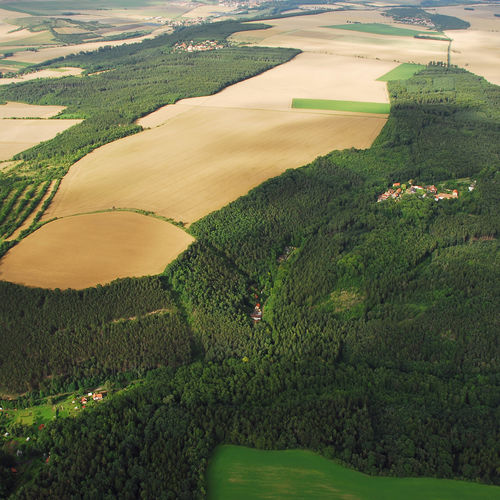 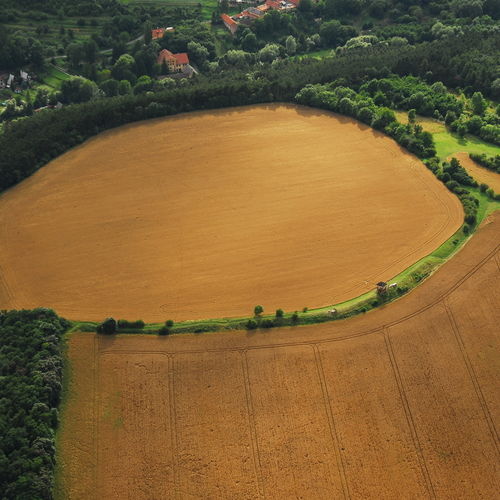 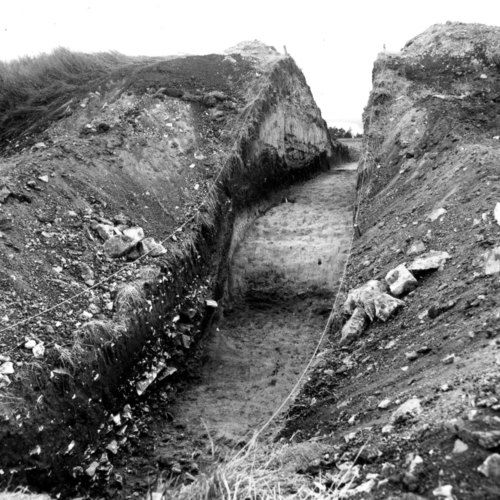 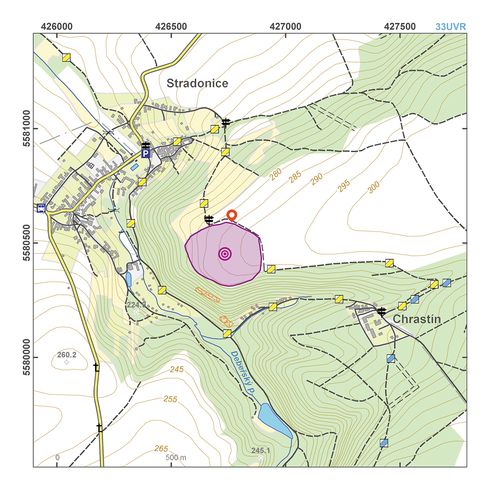 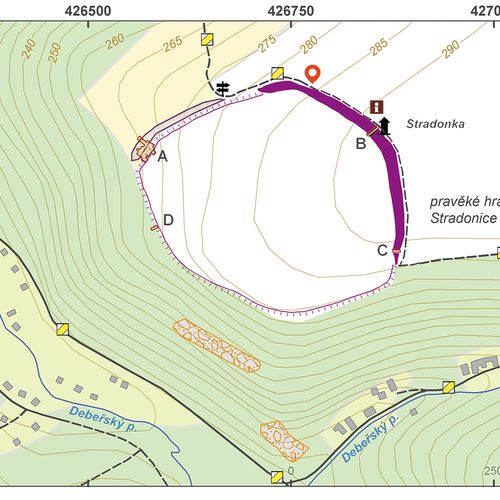