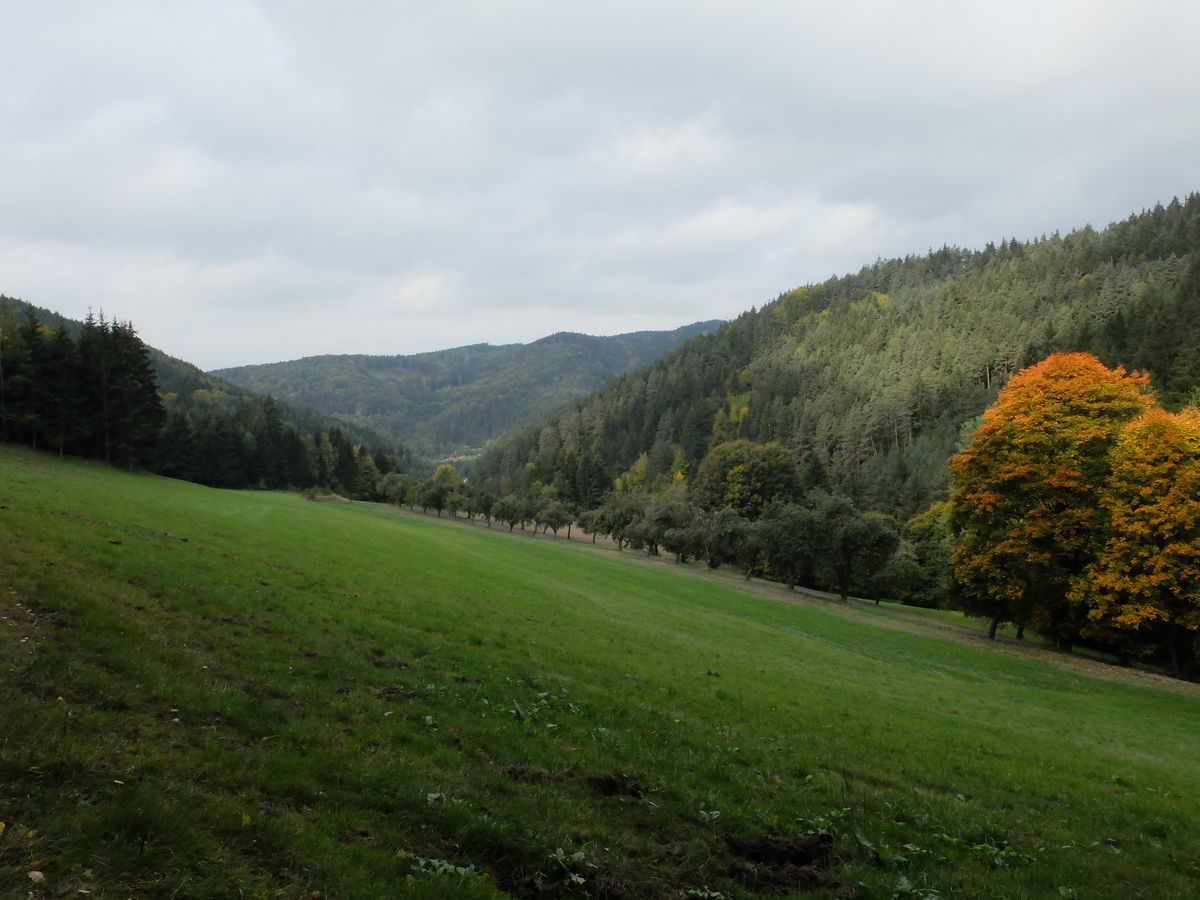 Distance view of the site.

The extent and state of preservation of the mining area of Havírna ranges it among the most important evidence of a mining, processing of raw materials and settlement in the Middle Ages. The ore deposits of Štěpánov stretch on both banks of the Svratka River are about 1.5 km in breadth and 5–7 km long. The site of Havírna was discovered in 1990 and complexly researched at the beginning of the 21st century. Evidence has come to light of mining and settlement at the site starting in the mid-13th and ceasing in the 14th century. Today, the surface of the area displays mainly the remains of mining silver ore witnessing the production processes and settlement features. The mining shafts are now visible as variously deep pits (3–4 m) surrounded by mighty slag heaps in an almost 300-m-broad and 700-m-long band. The most probably richest silver vein was mined in the classical opencast way and it appears today as an almost 100-m-long and up to 5-m-deep rocky ravine. Other landscape features connected with mining are terraces. 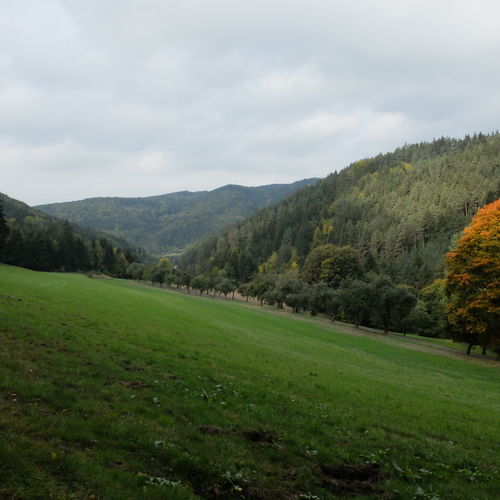 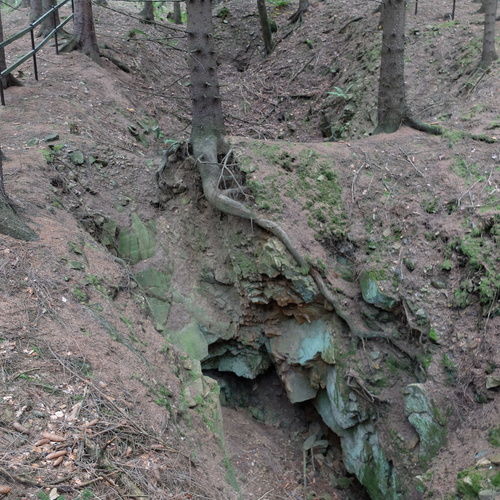 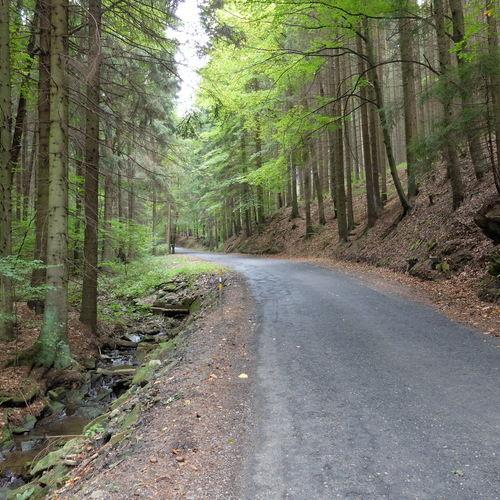 View of the site and its setting in the landscape.
Photo R. Stránská, 2015. 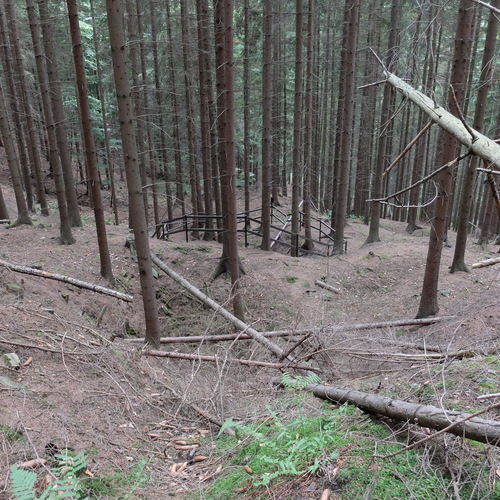 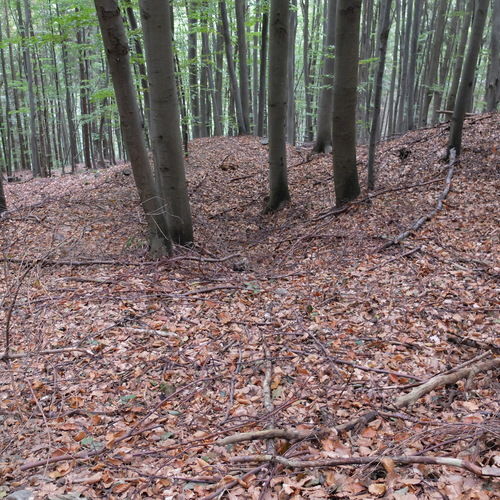 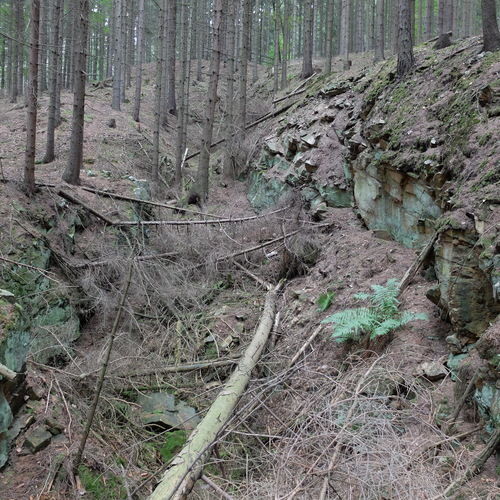 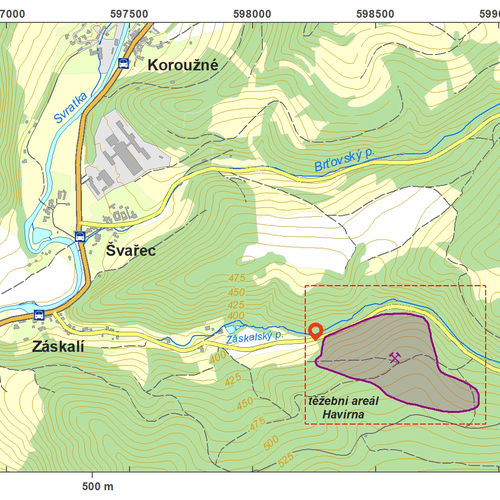 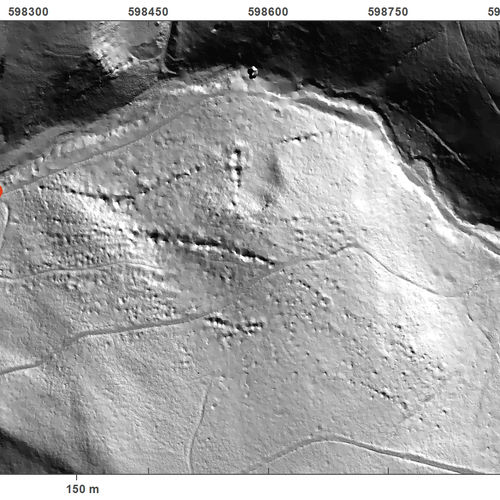