One of the most interesting prehistoric barrow cemeteries found in south Bohemia. It was in use in the Middle Bronze Age and in Hallstatt Period, with a hiatus in the Late and Final Bronze Age, when burial practices changed and flat cremation burials were used. A large number of weapons, jewellery and even a piece of silk found at the cemetery documents high social status of the local community. The current state of the site preservation illustrates the destructiveness of earlier archaeological excavations. The site was completely excavated in the second half of the 19th century and, according to the period practice, was left ‘open’ until today. Most of the mounds, therefore, look like small volcanic craters. 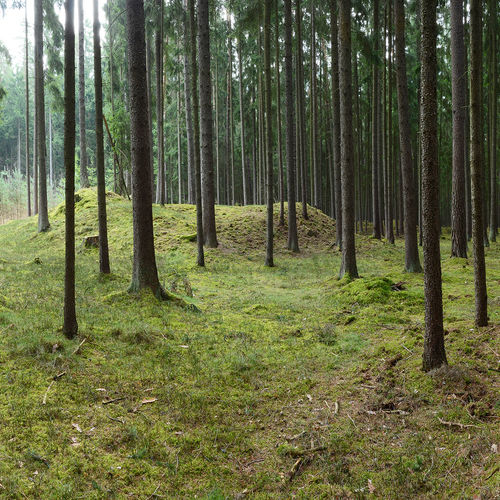 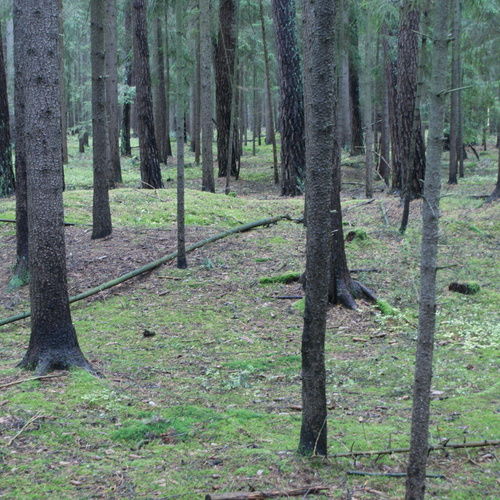 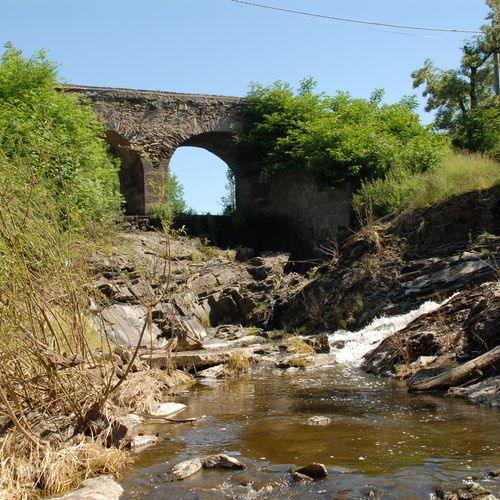 Map notes: 1–65 – barrows; no. 19 represents one of the largest prehistoric burial mounds in south Bohemia. Map symbols are available in the Downloads section. 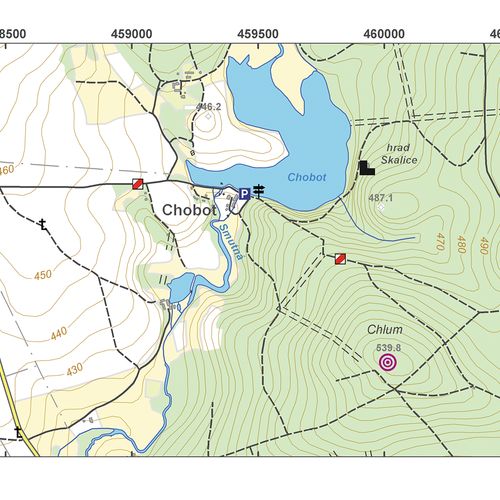 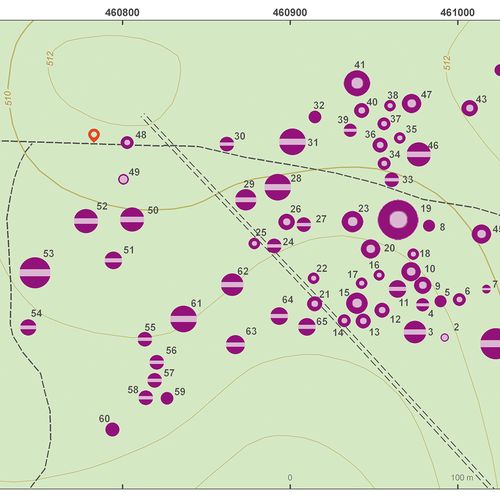