Romanesque house of the Lords of Kunštát and Poděbrady

Main hall in the basement.

Romanesque house in Řetězová St is one of the best preserved Romanesque buildings in Prague. While settlement below the Prague Castle began to grow as early as in the 9th century, for many years only cemeteries were located on the right bank of the Moldau River (Vltava). It was not until the 11th century that craft production and trade activity were moved across the river, where they were concentrated around today’s Old Town Square. Wealthy merchants were probably the first occupants of new stone houses, fifty of which are known from the 12th and 13th centuries. One of the best known and preserved of these is the Palace of the Lords of Kunštát and Poděbrady in Řetězová St. The ground floor of the house, today the cellar, has remained virtually unchanged since the turn of the 13th century. 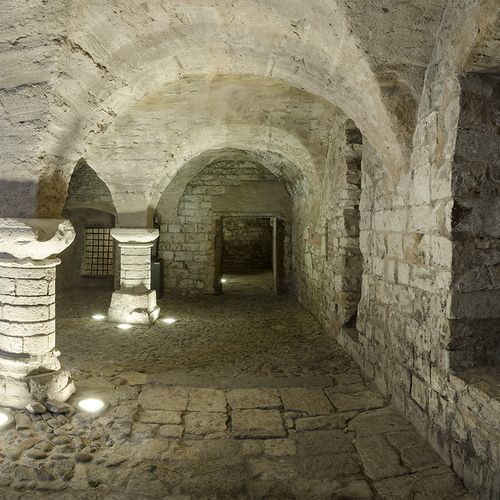 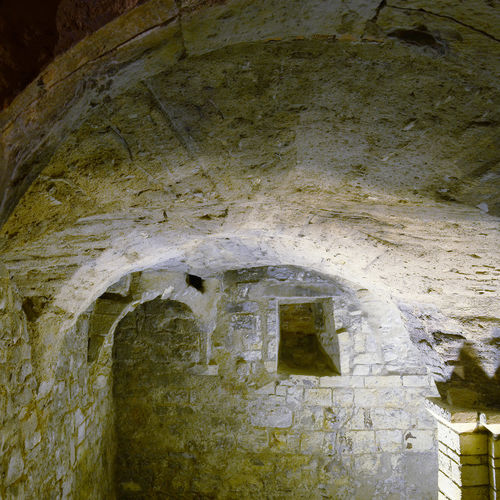 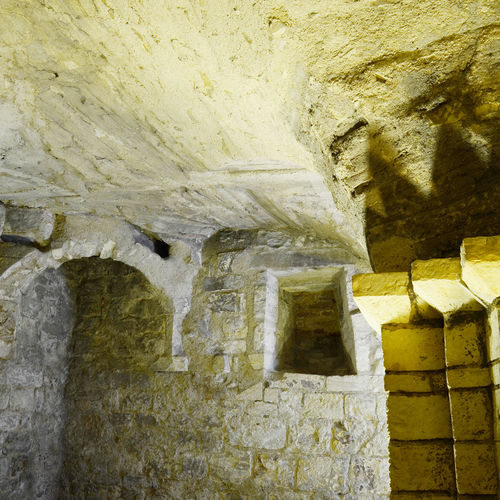 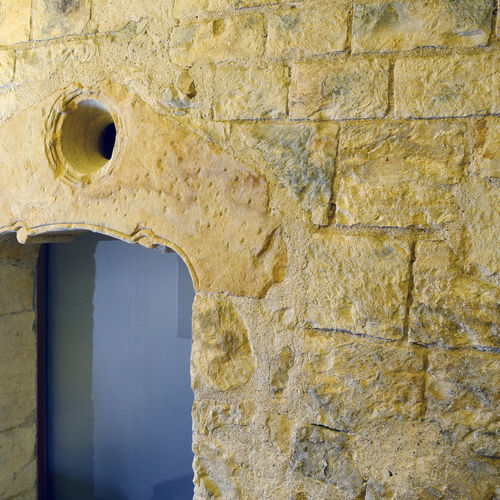 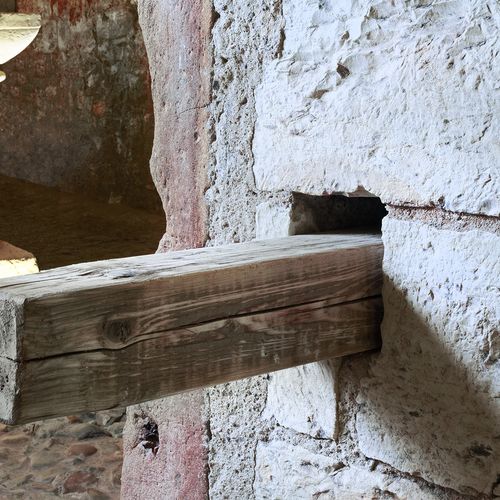 Bolt next to the entrance to the basement's southern room.
Photo Z. Kačerová, 2013.

Map notes: A – ‘Týnský dvůr’ (‘Ungelt’, a fortified courtyard with storage buildings) used by foreign merchants; B – house at Řetězová St No 222/I; C – hall; D–E – ground floor side rooms; F – later room with a Gothic portal; G–H – side rooms on the first floor (today’s ground floor); I – middle room, today divided into a passageway and bar; J – Romanesque portal at the entrance to the original gallery; 1–4 – central pillars of cross vault; 5–6 – fireplace hoods. Map symbols are available in the Downloads section. 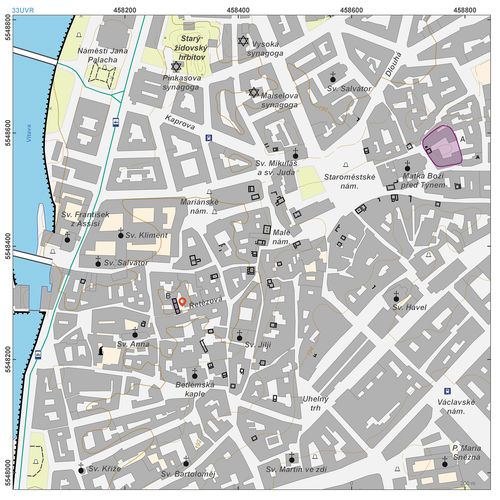 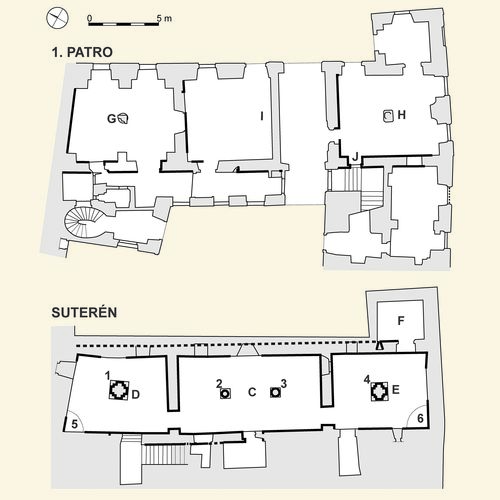