Aerial photograph of the hillfort. The suburb on the left, the acropolis with the St. Margaret Church on the right.

The Přemyslid’s hillfort of Královice was built in the 10th century, a period marked by the construction of a large number of fortified sites in central Bohemia, probably in connection with protection of the early Přemyslid domain (the Přemyslid dynasty ruled Bohemia from the 9th century until 1306). The hillfort is enclosed to this day by distinct banks, the remains of wood and earth ramparts with a frontal stone screen wall, originally accompanied by a ditch. Metallurgy activities and forging were conducted at the site. A church that is not mentioned until 1354 probably stood in the acropolis while the hillfort was still used. 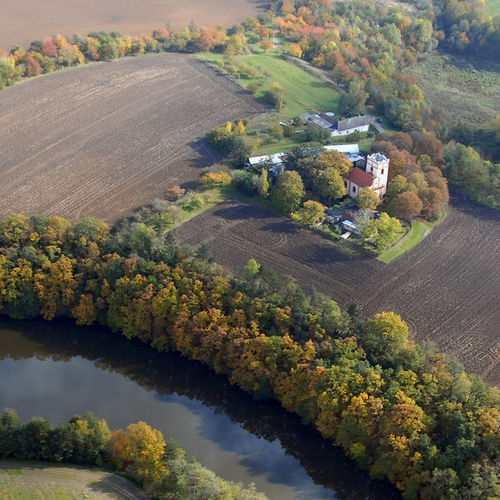 Aerial photograph of the hillfort. The suburb on the left...
Photo M. Gojda, 2013. 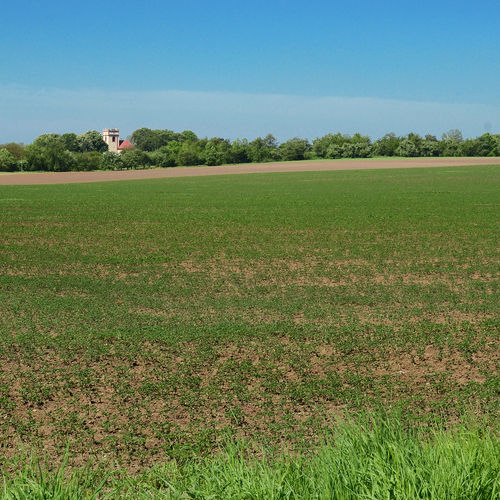 View from west on the outer fortification shows its extent.
Photo Z. Kačerová, 2013. 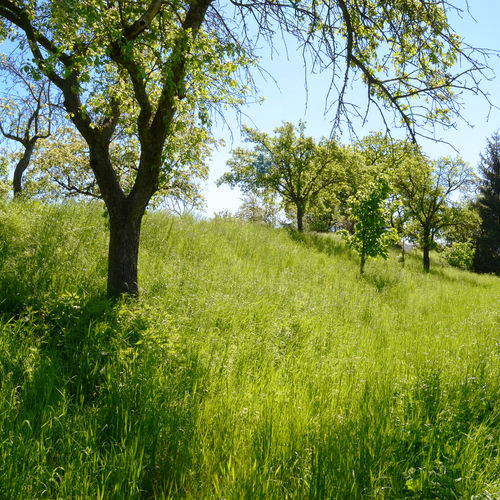 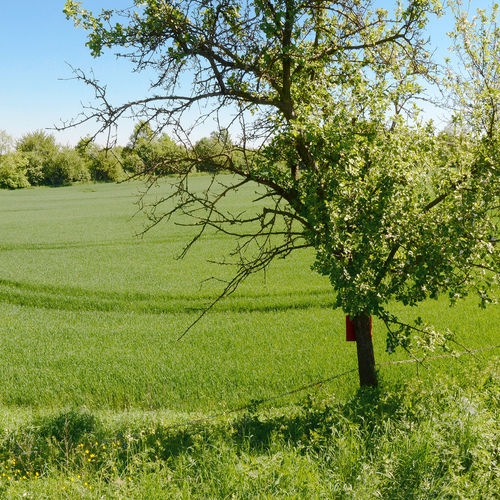 View on the bailey, outer bank in in the background.
Photo Z. Kačerová, 2013. 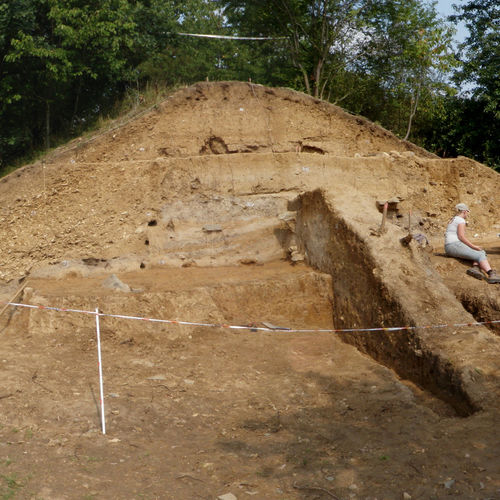 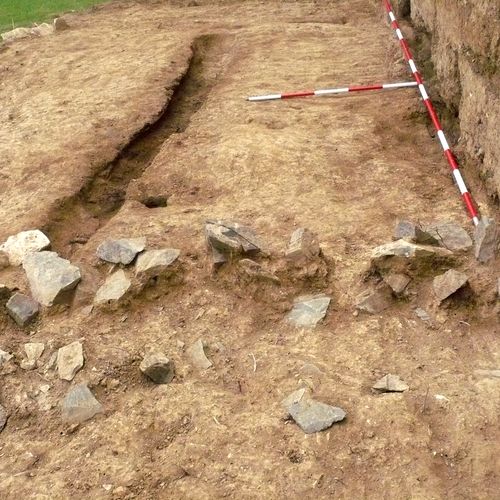 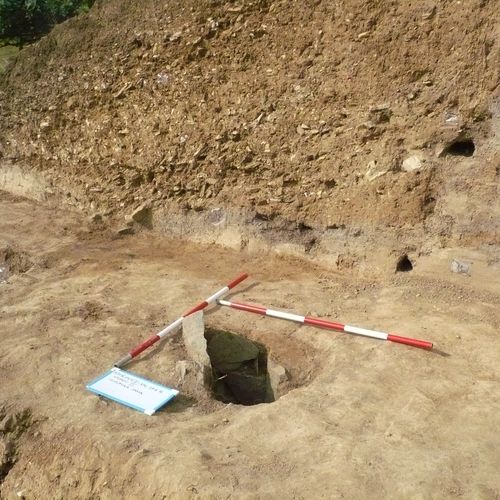 Huge post pole in the fortification rear.
Photo I. Štefan, 2012. 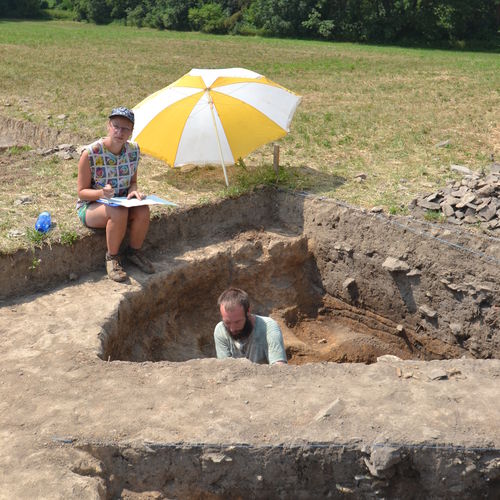 Documentation of a settlement feature at the acropolis du...
Photo I. Štefan, 2013. 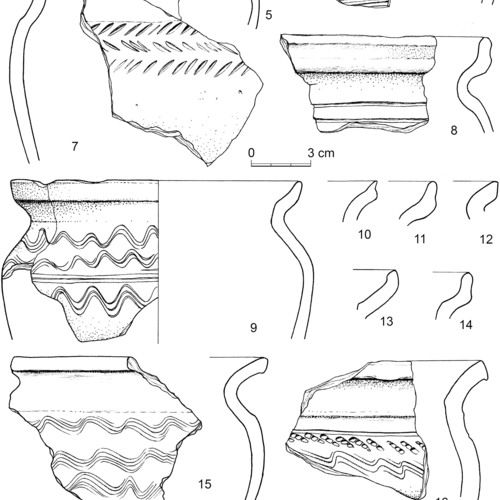 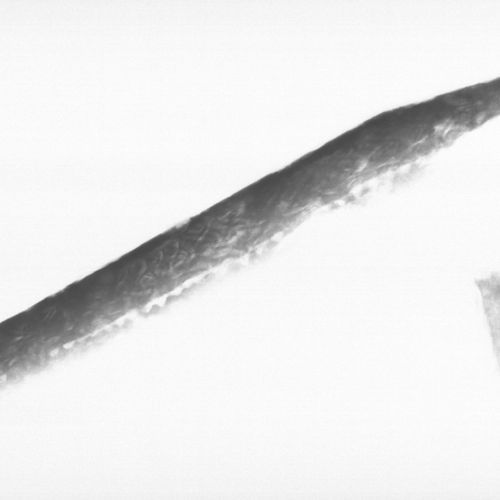 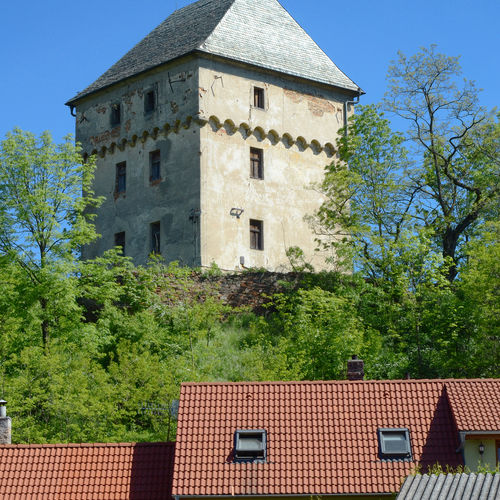 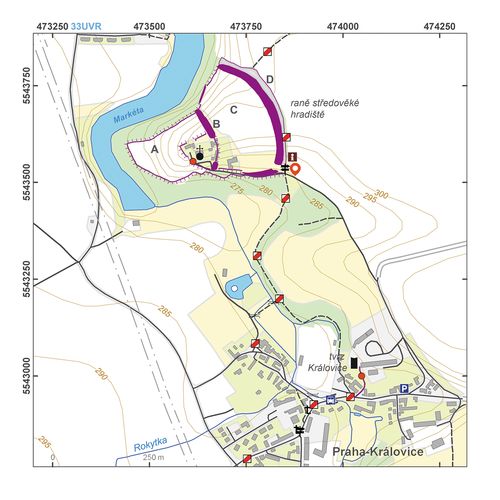