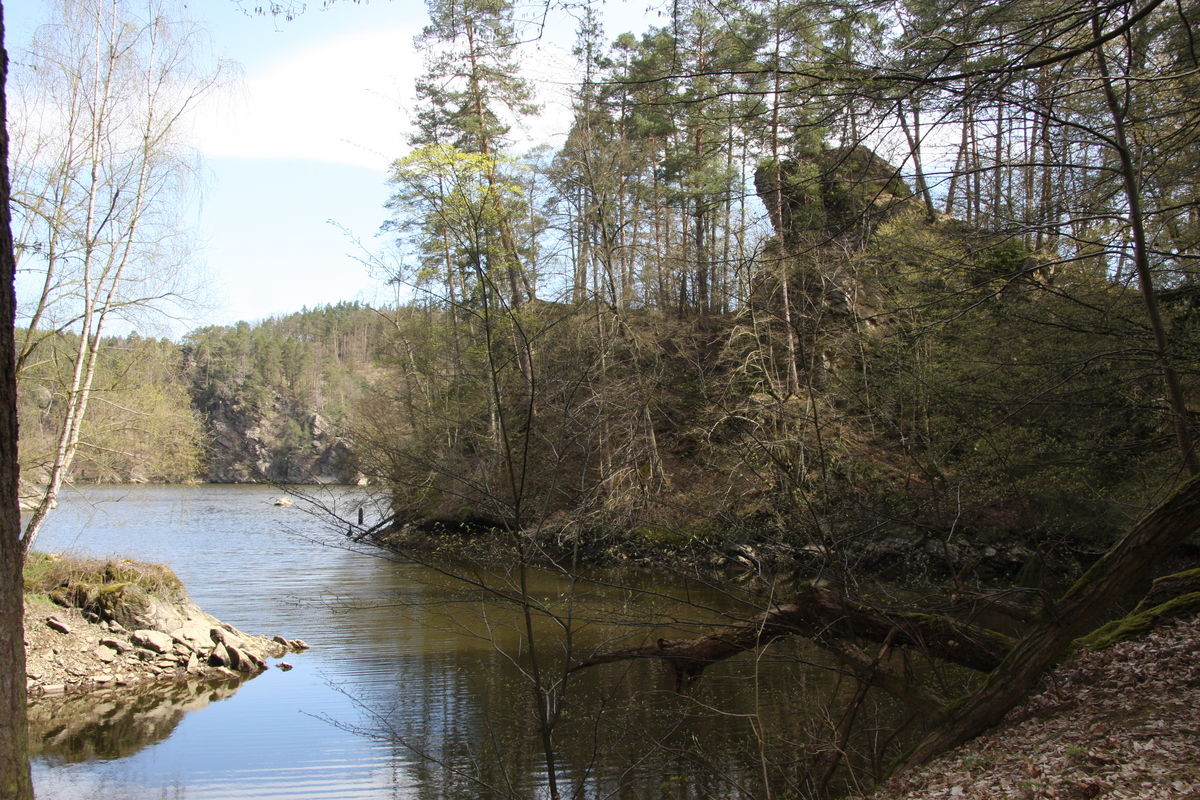 Spur with castle above the confluence of the Jihlávka River and Plešický Stream.

The medieval castle of Holoubek, composed of service buildings and fortifications, formed a dominant in the cultural landscape of that time. Today, the ruins with adjacent farmyard and village are still visible in the landscape. The first written record of the castle is dated back to 1353, the village is mentioned in 1385 and the farmyard in 1406. In 1447, the whole complex is already referred to as deserted. The castle was erected on a small spur above the Jihlava River; today, the river valley below the castle is flooded by the Dalešice Reservoir. The castle is surrounded by a 10.5–21-m-broad and about 2–3.5-m-deep moat; sporadically, remains of the earthwork are preserved. A smaller ditch is situated below the castle. The lower ward shows stone debris of a building; the short-lived village, however, has not left any visible traces in the landscape. There has not been any archaeological survey of the castle yet. 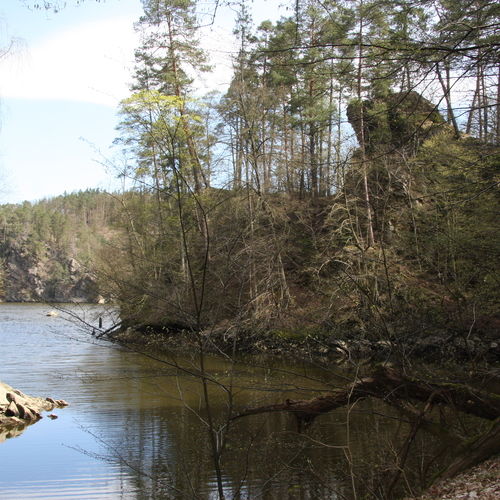 Spur with castle above the confluence of the Jihlávka Riv...
Photo P. Macků, 2015. 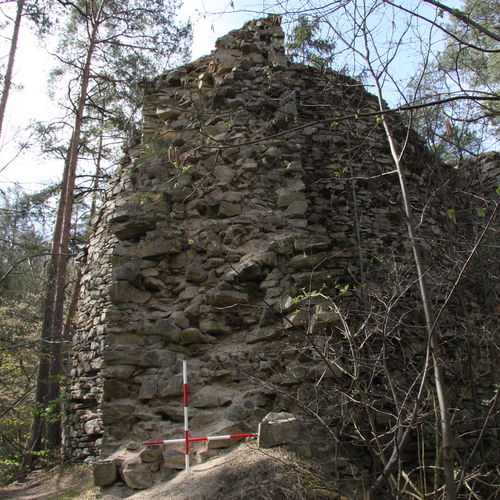 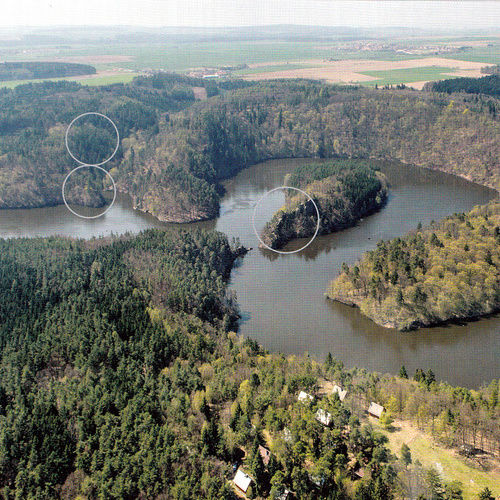 Map notes: A – castle; B – lower ward; C – surroundings of the castle; D – ruins of the fortified manor. Map symbols are available in the Downloads section. 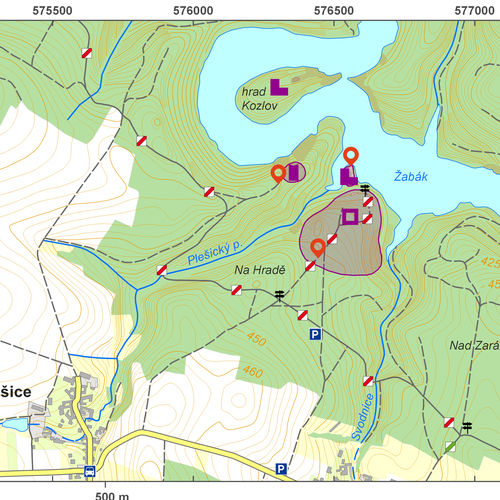 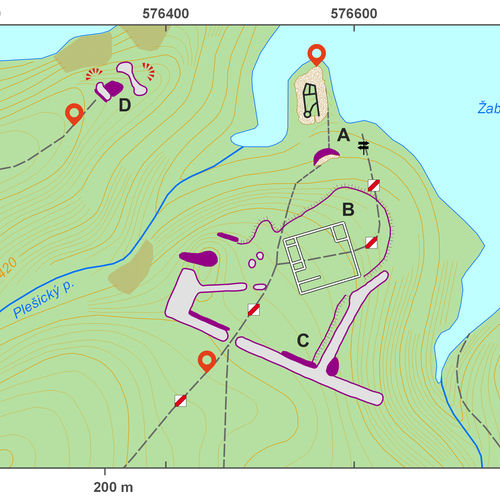