One of hollow ways belonging to the Land Trail ascending from the Obora game keeper's lodge to the hamlet Hruškovna.

Preserved section of the so-called ‘Gold Trail’ that connected Bohemia to south Germany between the 12th and 16th centuries. Also known as the ‘Nuremburg Trail’, the route enjoyed its heyday during the reign of the Emperor Charles IV of Luxembourg, and later in 15th century played an important role in battles between the crusaders and Hussite forces. The best preserved section of the trail featuring the remains of hollow ways, pond banks, fords and conciliation crosses runs between the present-day towns of Tachov and Bärnau. The most distinct concentration of hollow ways can be seen between the villages of Zadní Milíře and former gamekeeper’s lodge of Obora. 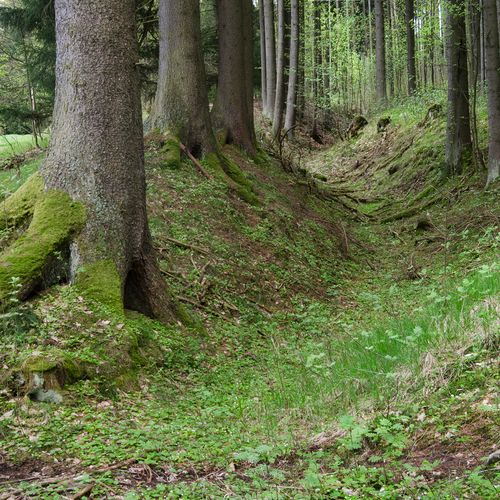 One of hollow ways belonging to the Land Trail ascending ...
Photo Z. Kačerová, 2013. 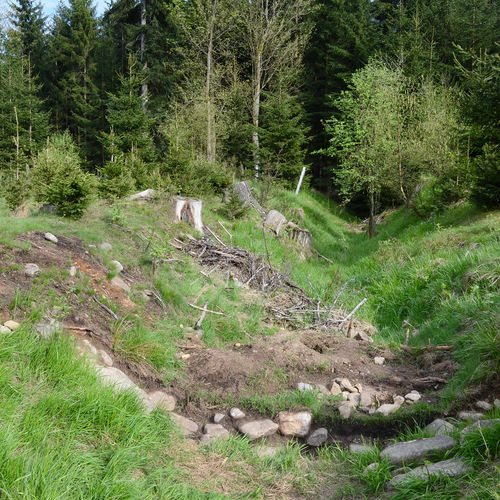 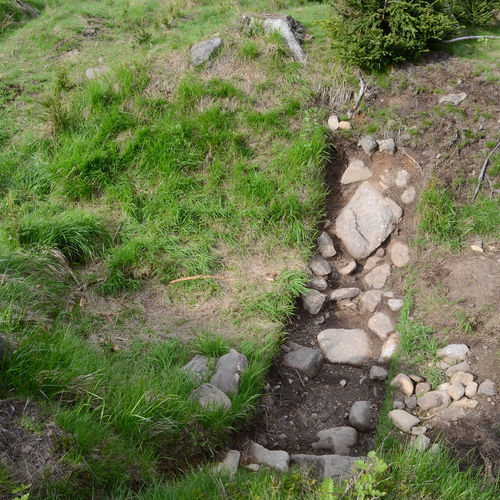 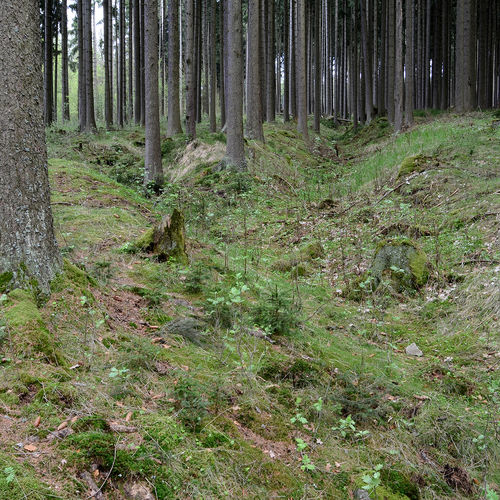 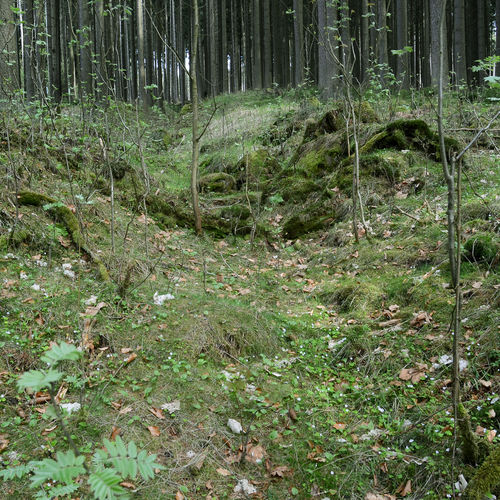 Map notes: A – solitary homestead ‘Hruškovna‘; B – ‘Obora’ gamekeeper’s lodge; C – part of the trail between the streams with rocky bottom paving. Map symbols are available in the Downloads section. 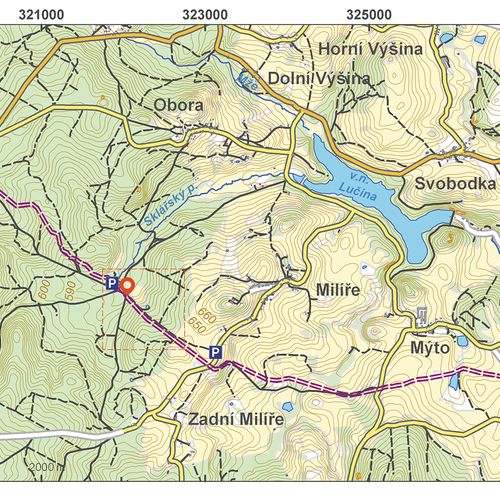 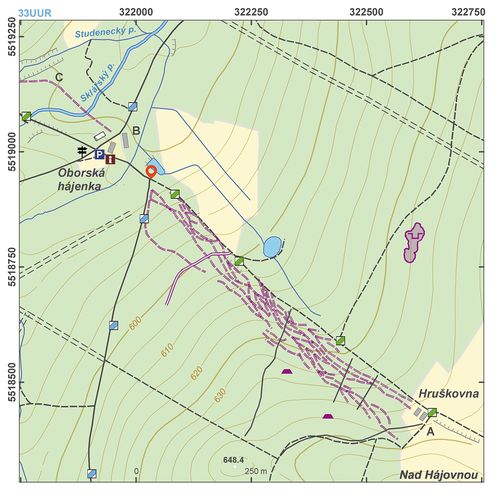