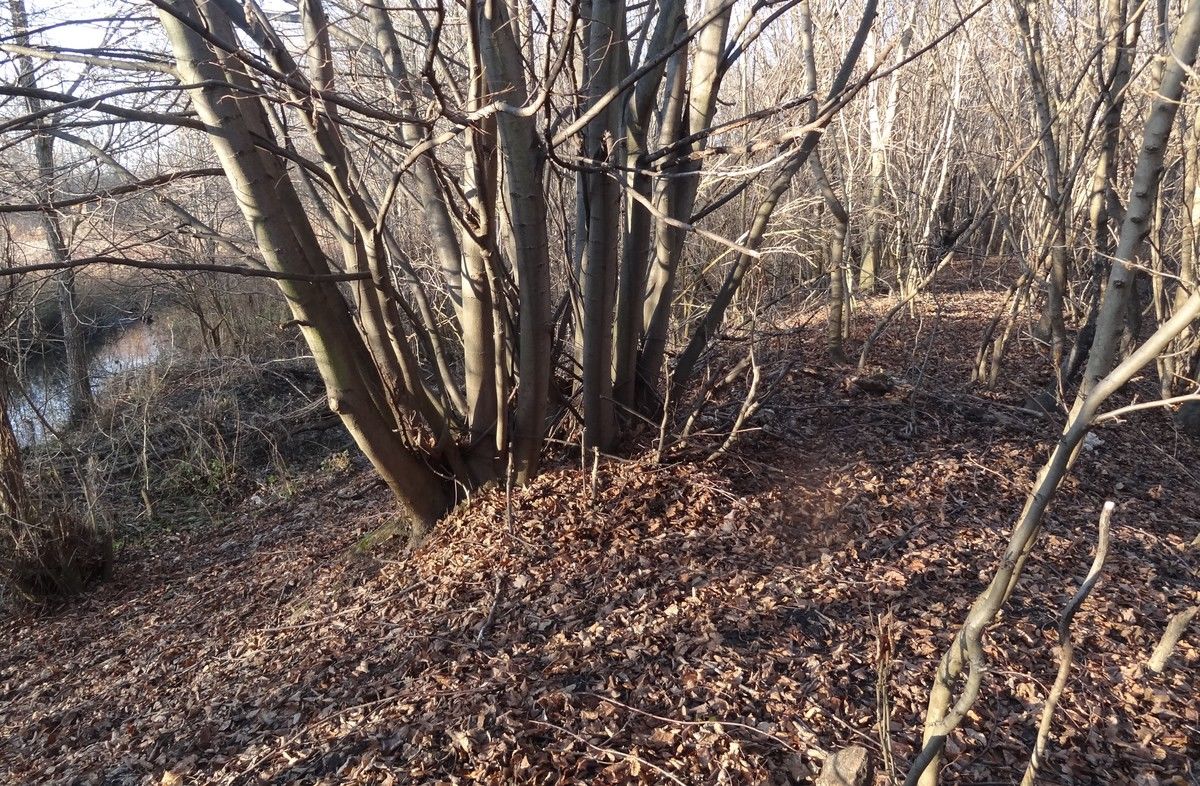 Defence of the upper ward of the hillfort.

The early medieval area of Pohansko is a fortified flatland settlement, hidden on an isle in the midst of alluvial forest and protected by the arms of the Dyje River. The fortified settlement has been known since 1837, an archaeological excavation was conducted in 1957–1958. The fortified settlement is composed of an upper ward of ca 6 ha, from three sides surrounded by an earthwork (preserved current height up to 3 m, 15 m wide) and a moat. From the north, the upper ward was protected by a meander of the Dyje River, and in the south, by a river arm called Zámecká Dyje. The eastern and south-east side, unprotected by water, was fortified with two arched earthworks, the function of which, however, cannot be determined without archaeological excavation. The upper ward yielded prehistoric, but mainly early medieval settlement finds, both features and artefacts, of which a deposit of iron items and a vessel of greenish glass (perhaps a Carolingian import) are outstanding. The site is year-round open to the public. 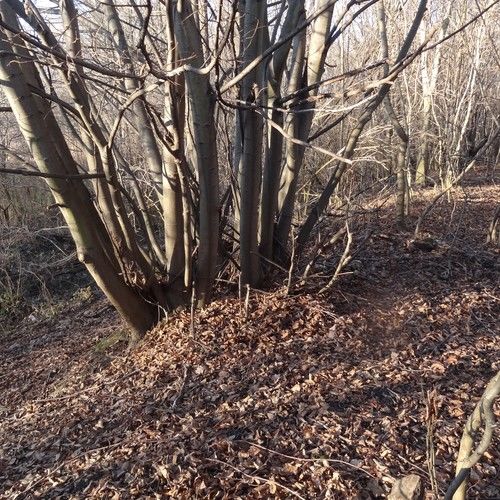 Defence of the upper ward of the hillfort.
Photo A. Knechtová, 2015. 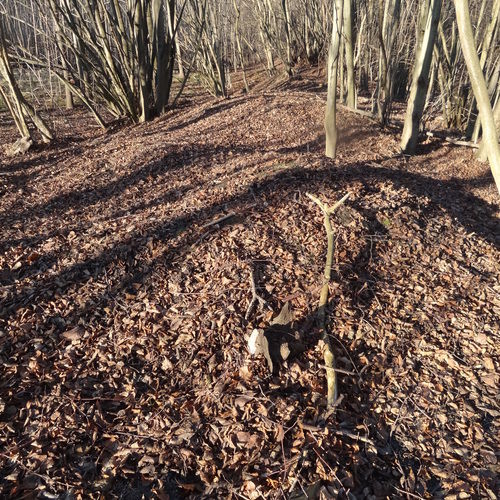 Outer earthwork of the hillfort.
Photo A. Knechtová, 2015. 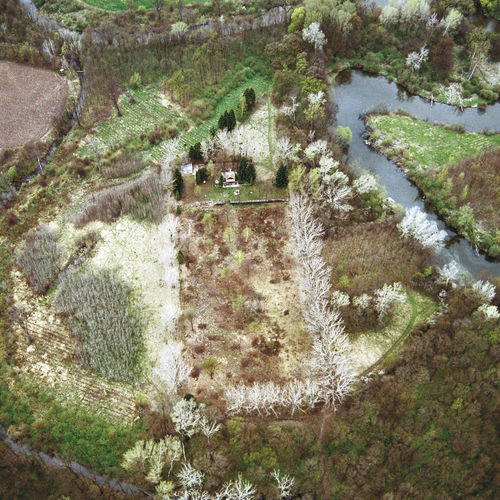 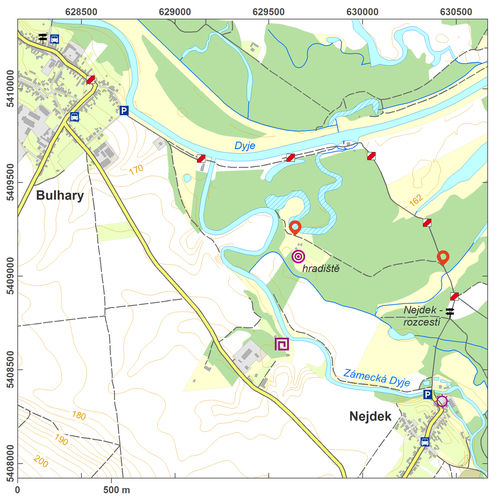 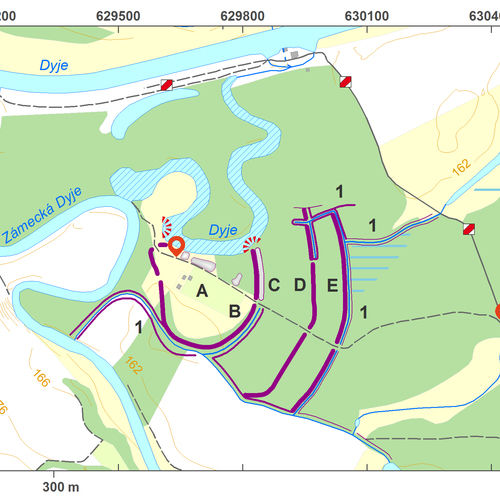