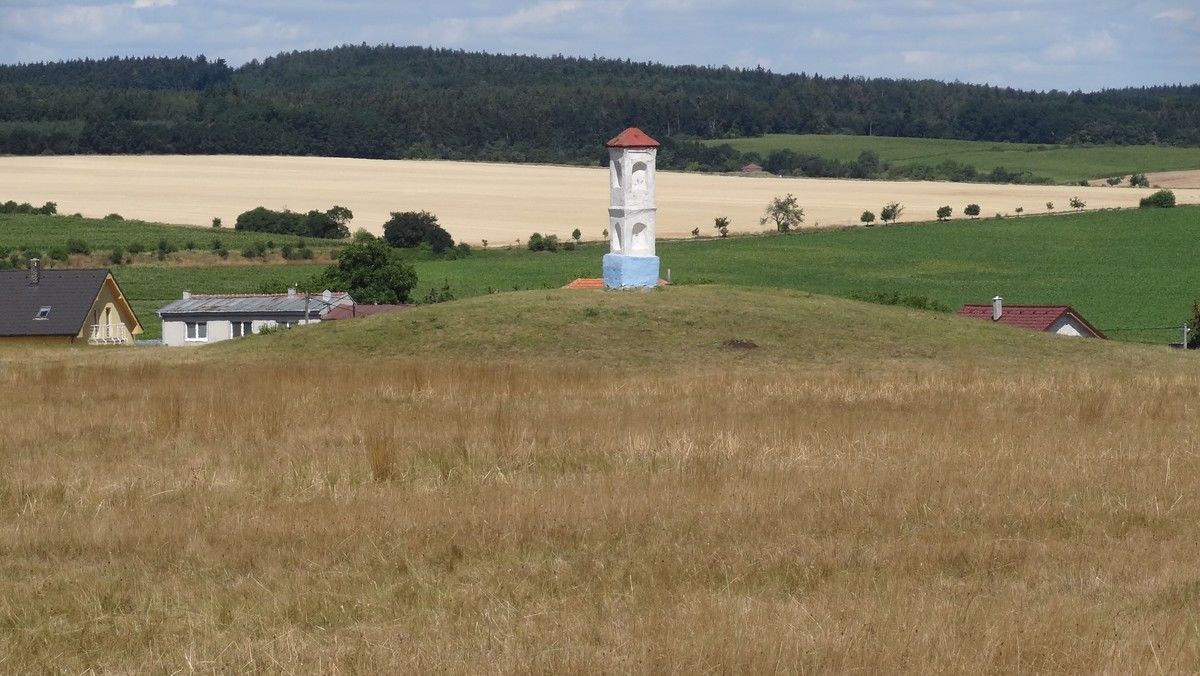 Unexplored barrow with wayside shrine of St Anthony on its summit.

The prehistoric barrow cemetery in Mohelno is known mainly for a large Hallstatt barrow, preserved thanks to a wayside shrine of St Anthony on its summit. Recently, a barrow cemetery west of this barrow was investigated; the mounds on the surface have disappeared long ago, the subsoil graves have stone constructions and contain cremation burials. Occasional construction work and accompanying rescue excavations have uncovered some graves; we are, however, still uncertain whether they originally formed a single vast necropolis. The dominant barrow at St Anthony’s may have contained a grave or tomb of the local elite. While this barrow cemetery is part of a national nature reserve, a similar cemetery nearby in the Na Černých field is still threatened by farming. 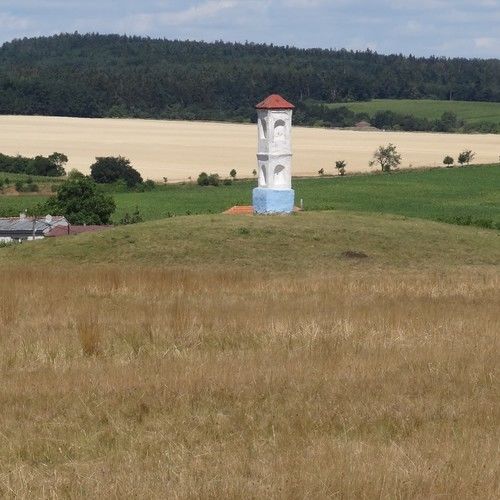 Unexplored barrow with wayside shrine of St Anthony on it...
Photo A. Knechtová, 2015. 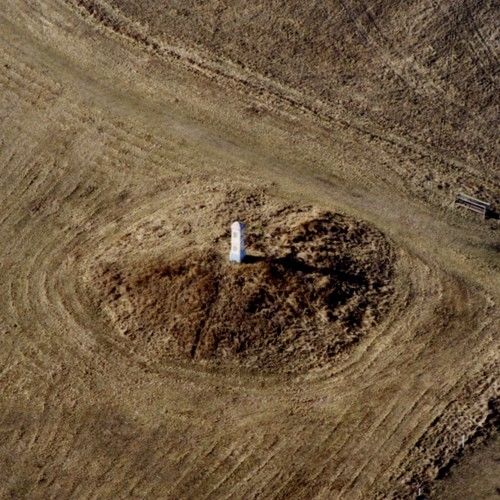 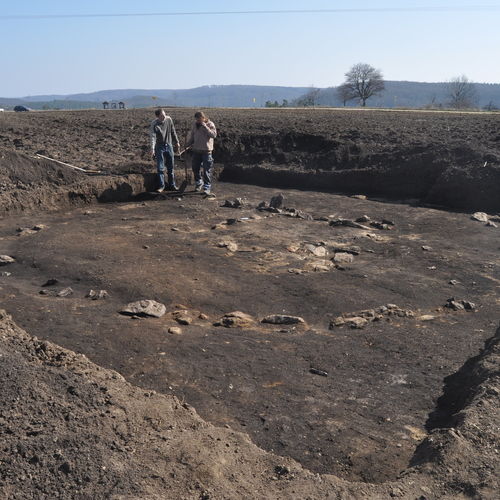 Stone construction of the barrow, inside with stone chamb...
Photo P. Kos, 2014.

Map notes: A – barrow; B – graves. Map symbols are available in the Downloads section. 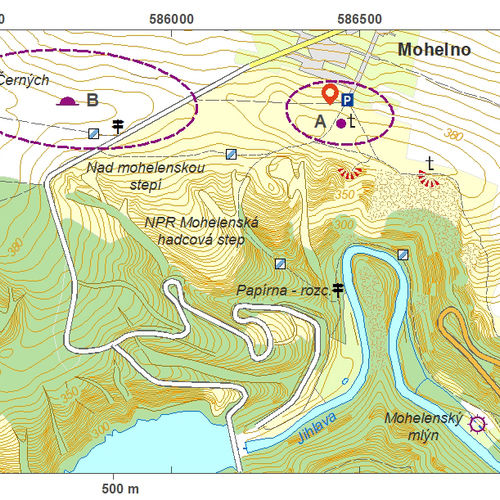