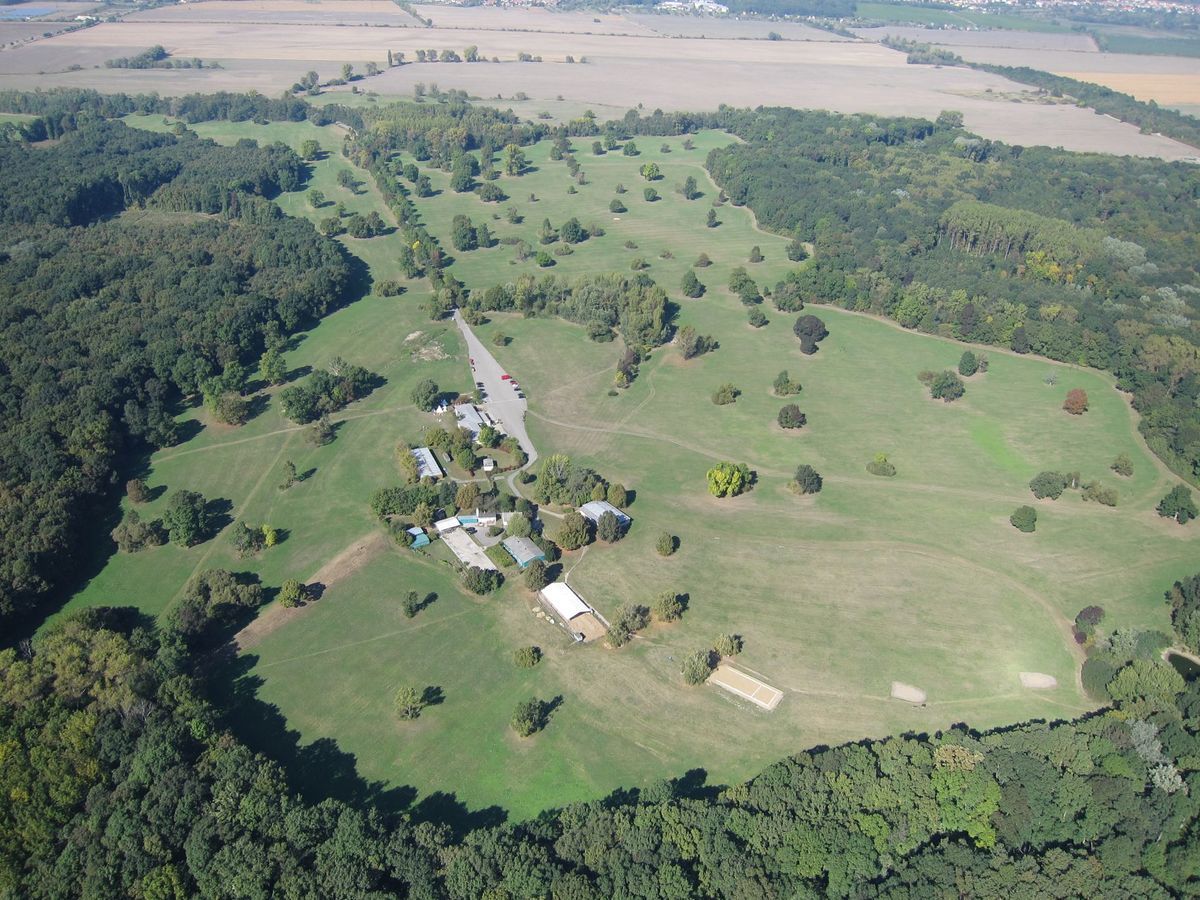 Aerial photo of the early medieval stronghold of Mikulčice-Valy; view from the south-east.

The Slavic stronghold of Mikulčice-Valy (“Mikulčice-fortification”) located in the south-east of the cadastral area of Mikulčice, immediately at the River Morava, represents an important fortified early medieval centre of power and faith. The systematic excavation started in 1954 and continues to this day. The agglomeration shows signs of an urban arrangement with the remains of a pre-Great Moravian and Great Moravian occupation covering a total area of 50 ha. The core of the stronghold spreads over an area of 10 ha and consists of a fortified acropolis and outer bailey. The most important buildings, such as the palace, a three-nave basilica and other churches, stood at the acropolis. The presence of princely nobility is witnessed by numerous magnate graves in the vast churchyards and in some cases inside the churches. There was also an outer bailey with residential quarters and a large and structured unfortified suburbium. A total of 12 churches and more than 2,500 graves have been excavated in Mikulčice. The finds point to the key role of this site in the Great Moravian period. Today, a museum and an archaeological park, which is open to visitors the whole year-round, are located directly at the archaeological site. 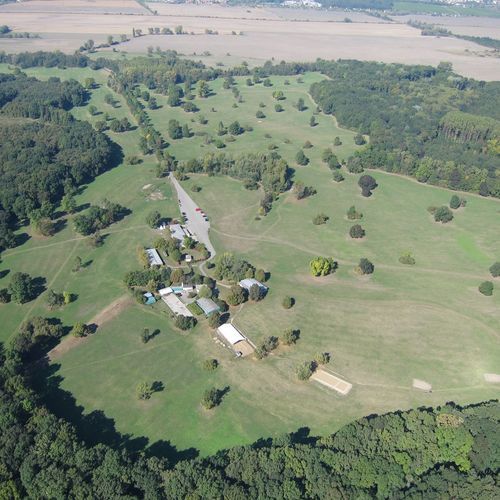 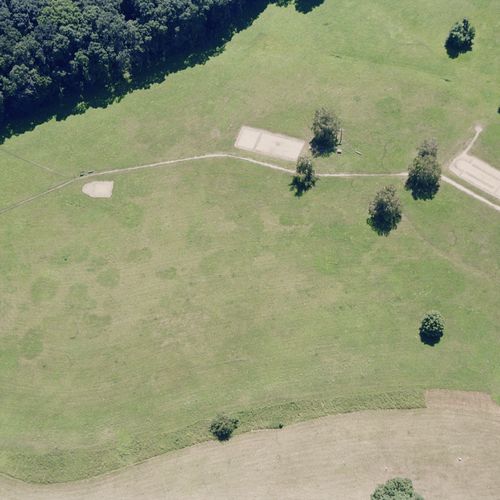 Aerial photo of the replicas of the foundations of the Mi...
Photo J. Vandělík, Geo-cz, 2011. 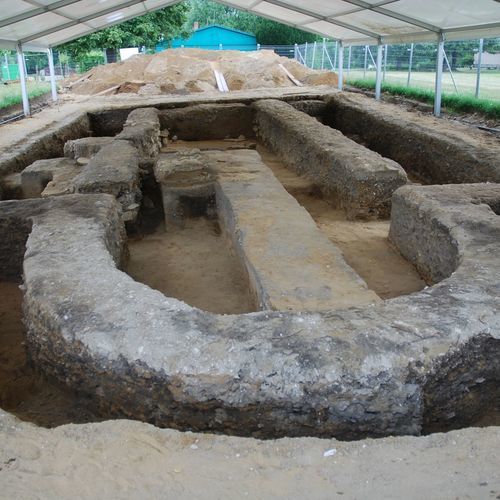 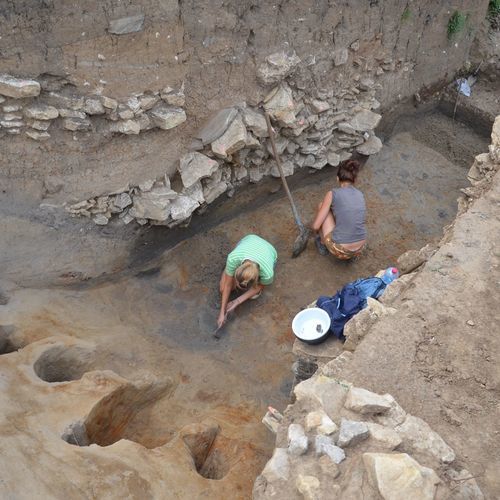 Section of the fortification by Church 2 at the acropolis...
Photo L. Poláček, 2012. 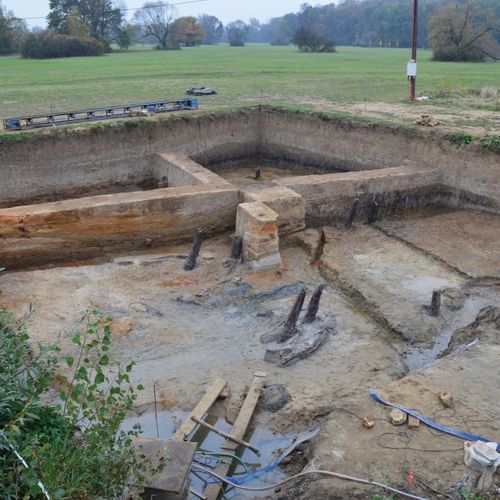 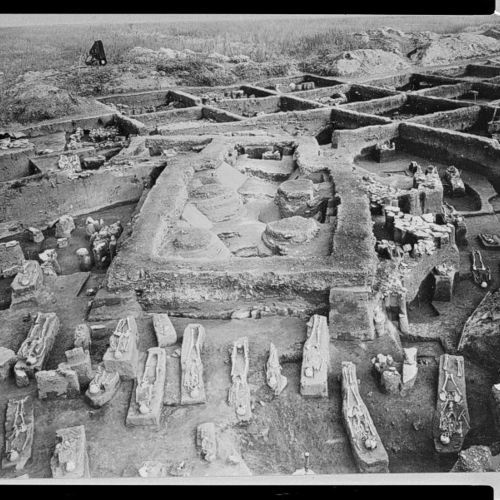 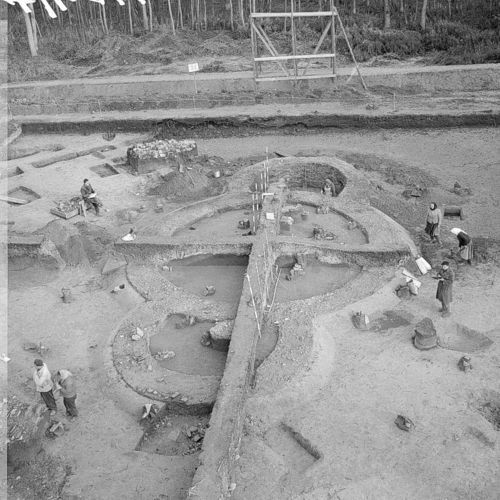 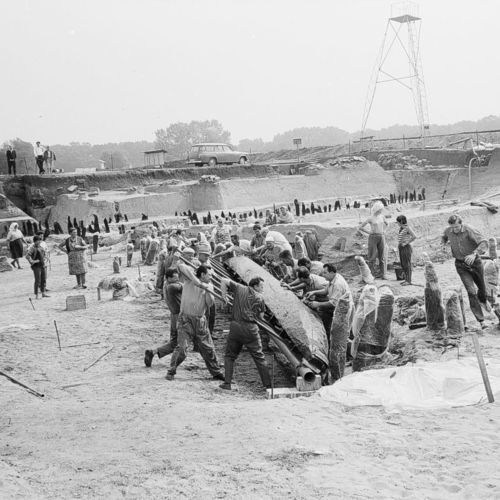 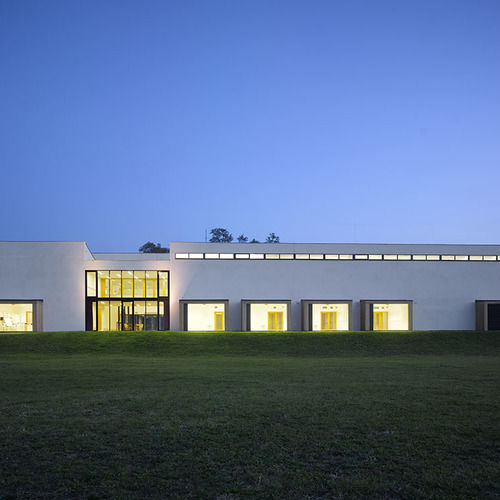 The research base of the Institute of Archaeology CAS, Br...
Photo AIB, 2013. 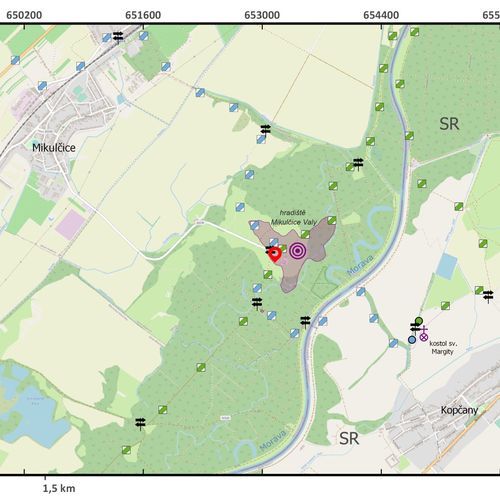 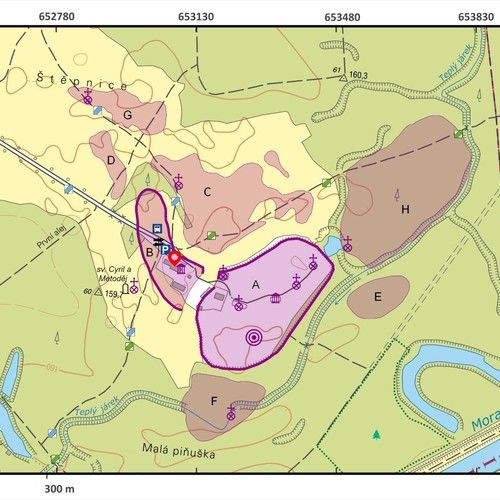