Landscape of the deserted village with field boundaries.

Deserted village of ‘Fürstenhut’ in the Šumava Mts. illustrates tragic events of the modern history of Bohemia. The village was founded at the end of the 18th century as a woodcutters’ settlement. In spite of the difficult living conditions (altitude over 1000 metres), the village flourished and was soon inhabited by more than 500 people; it contained a church, graveyard, school, mill, gamekeeper´s lodge, sawmill and four pubs. Following the Second World War, German population of the village was expelled, all the buildings were levelled and the area became part of the closed border zone. Individual homesteads are not easily detectable; the graveyard has been recently reconstructed and a wooden cross erected on the place of the former church. The most attractive features in the landscape are numerous field boundaries built of huge stone boulders. 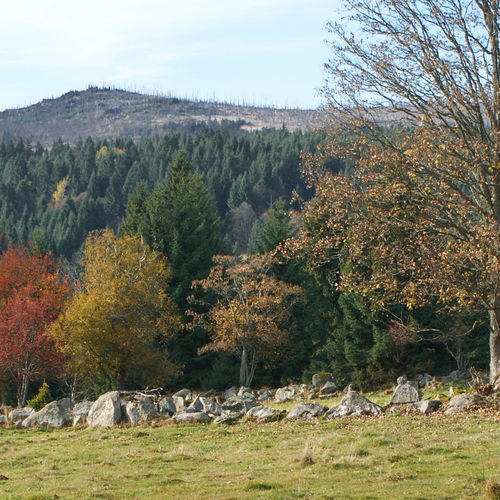 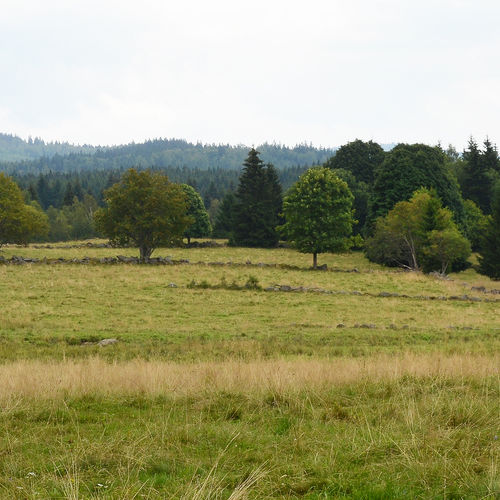 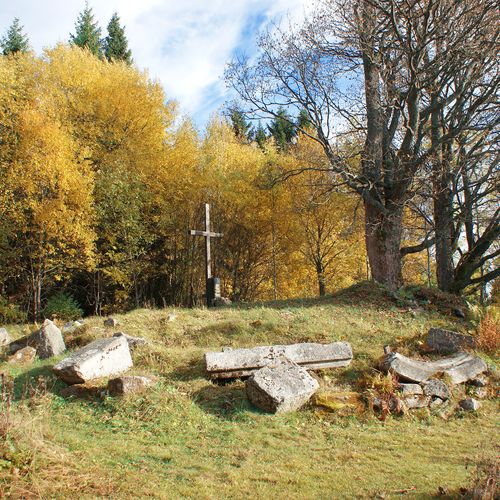 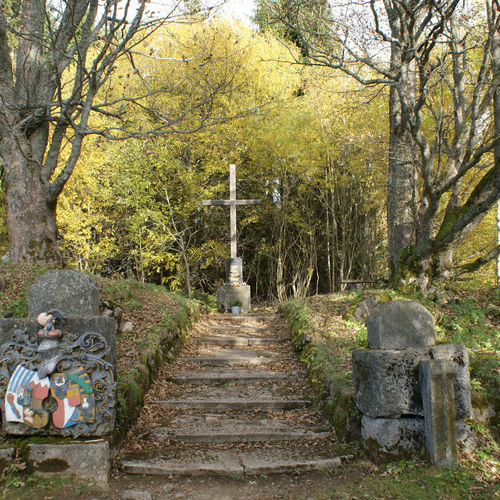 Staircase of the previous church with the coat of arms of...
Photo M. Kuna, 2013. 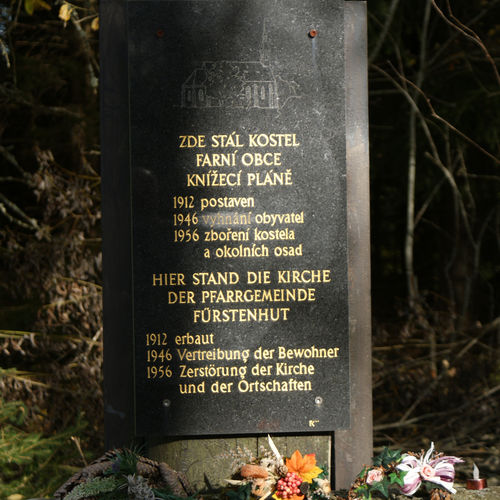 Memorial plague at the Cross in the church ruins.
Photo M. Kuna, 2013. 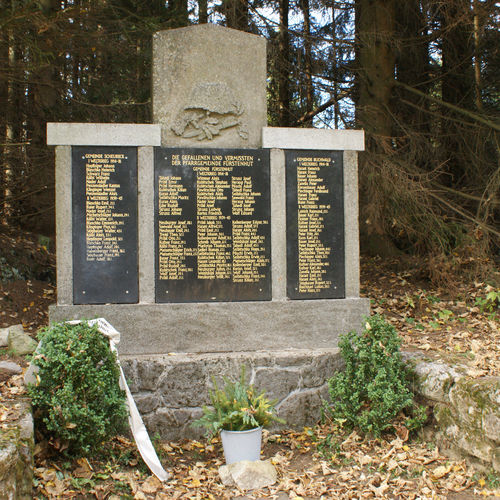 Memorial to the fallen soldiers of both World Wars.
Photo M. Kuna, 2013. 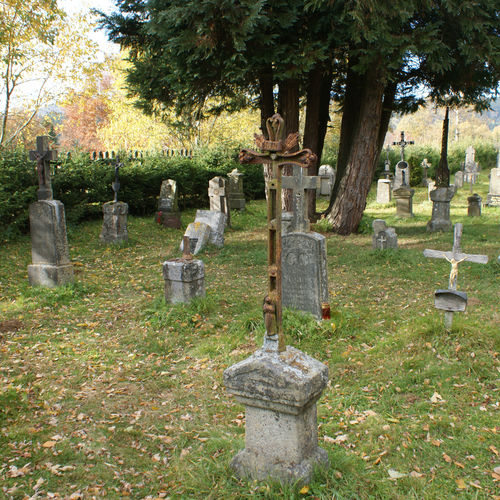 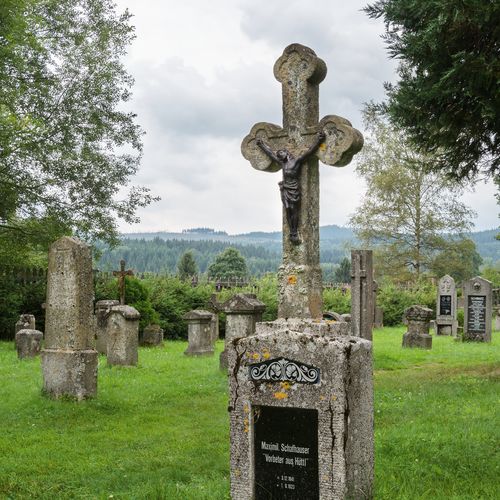 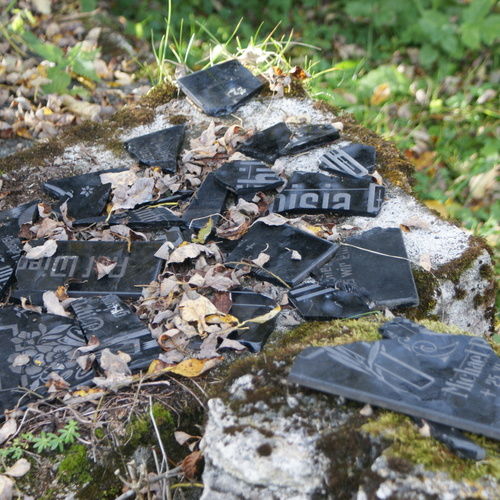 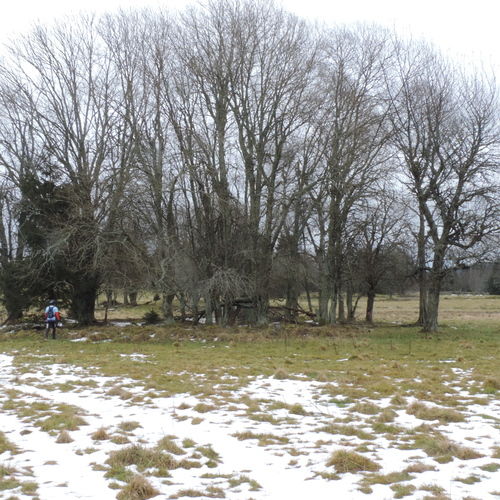 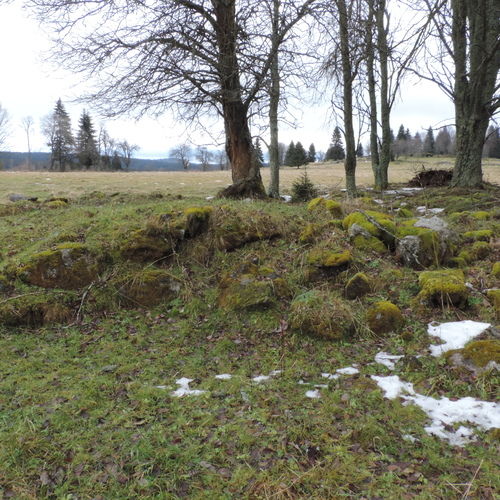 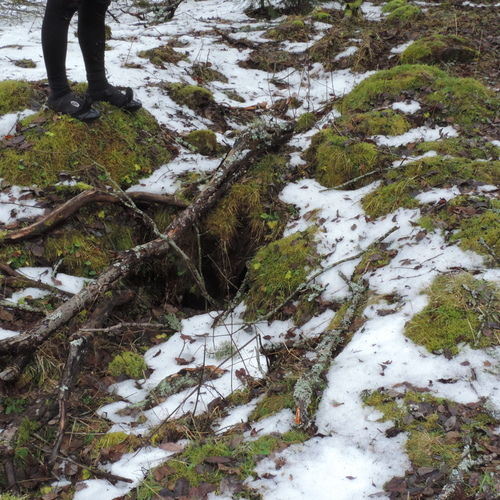 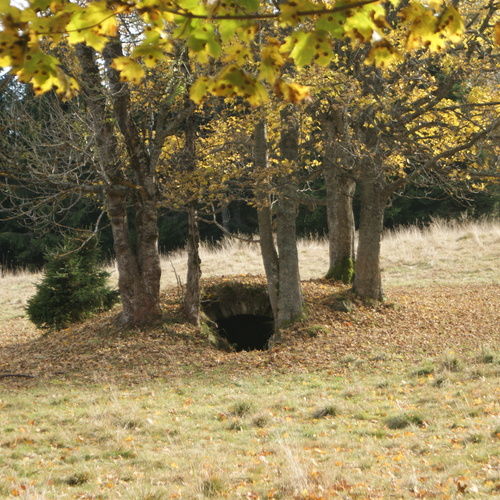 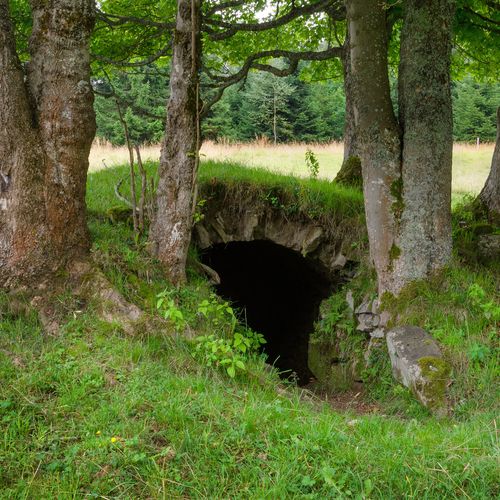 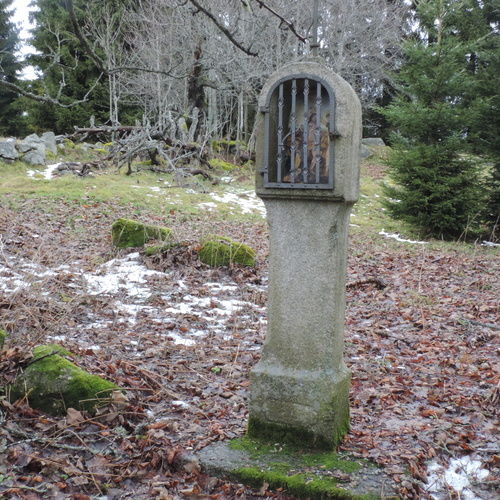 Wayside shrine near one of the deserted homesteads.
Photo M. Kuna, 2014. 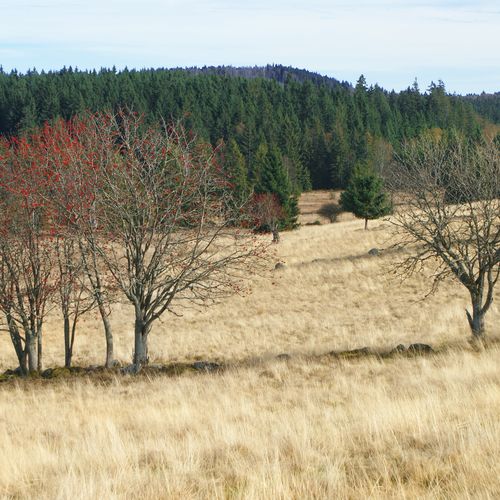 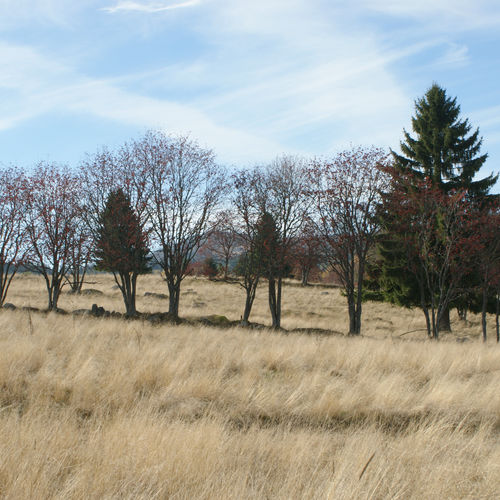 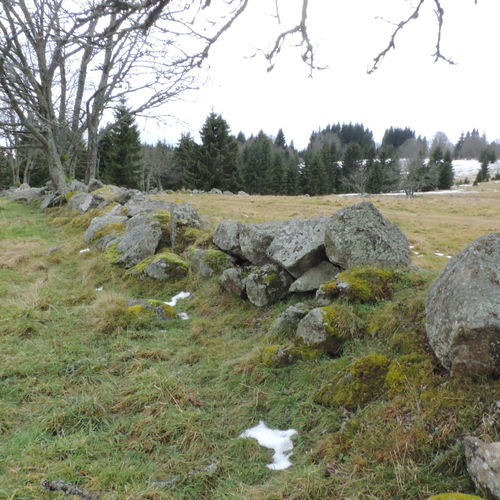 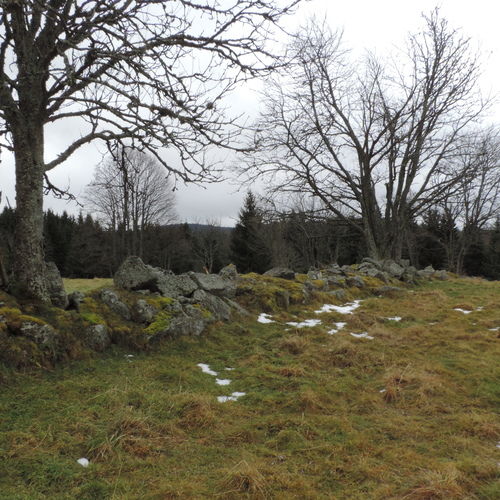 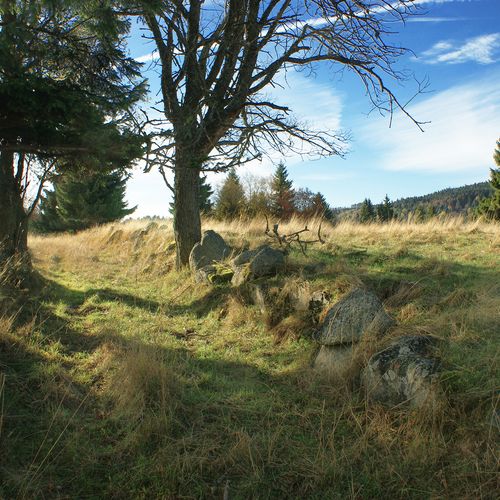 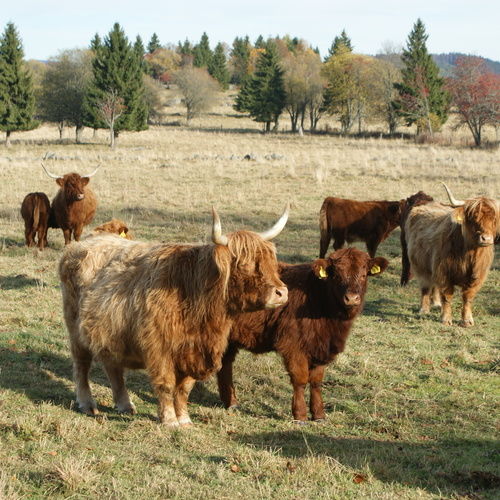 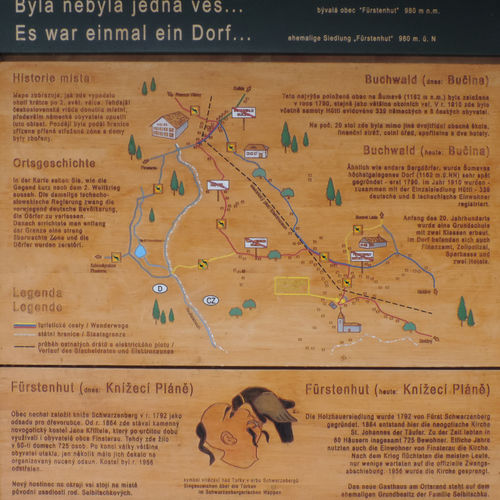 Information board near the former vicarage.
Photo M. Kuna, 2014. 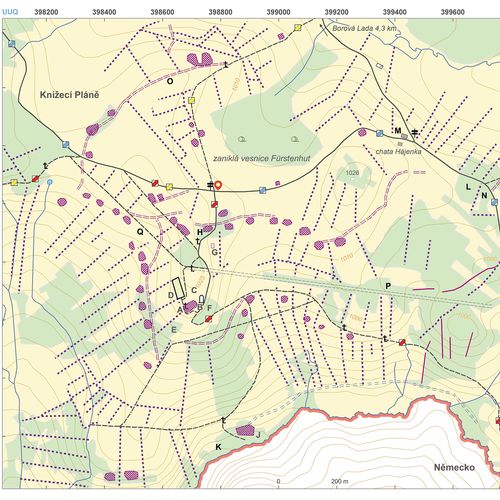 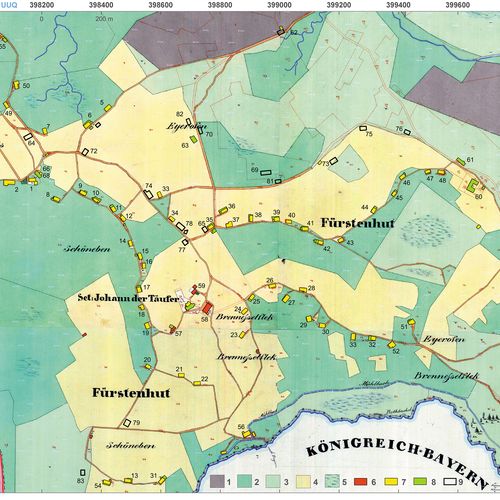