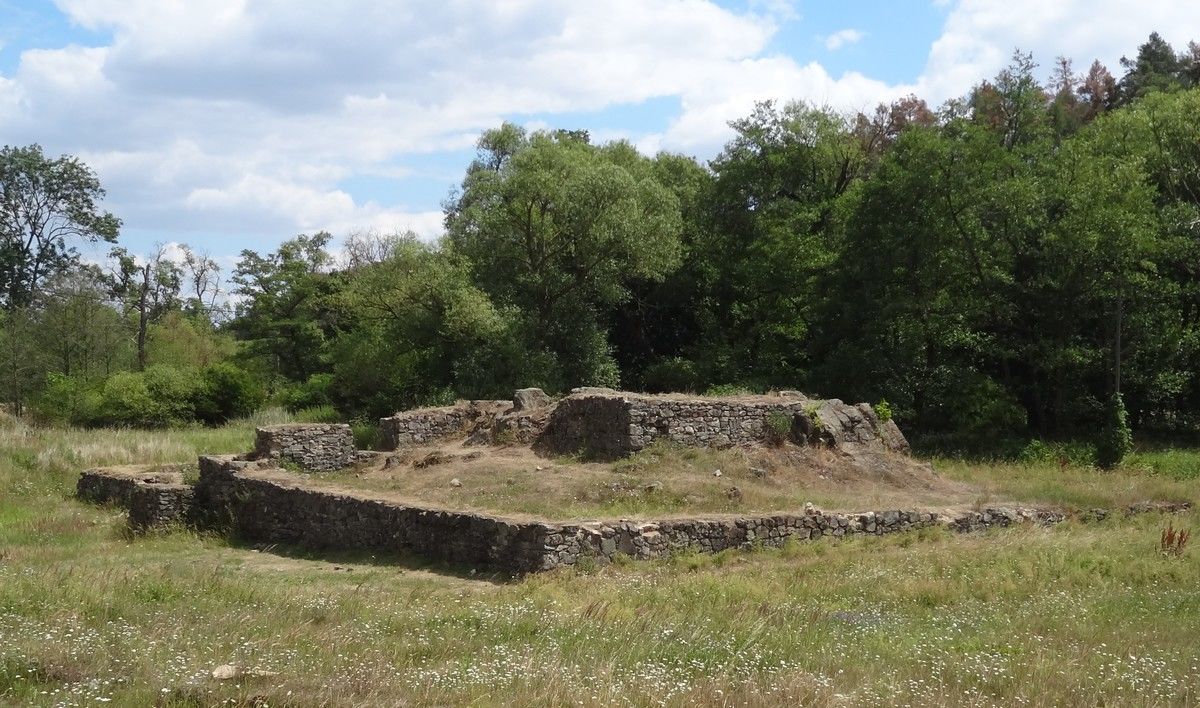 Fortified manor house with the remains of a defence wall and a residential tower in the middle; entrance part on the left.

The deserted medieval village of Mstěnice represents one of the systematically researched complexes in the countryside of the Czech Republic. There is an evidence of prehistoric and early medieval occupation, which was in the 2nd half of the 13th century followed by a village and fortified manor, a water mill and an outer fortification that was renewed until the 2nd half of the 15th century. The remains of the manor house and village have been preserved and were subject to an archaeological excavation conducting in the 2nd half of the 20th century. To date, 17 farmsteads in two curved lines have been documented. The fortified manor and adjacent manorial farm with water mill and other service buildings were situated in the south part of the area. The rectangular ground plan of the fortified manor consists of a smaller and a larger tower, a fortification wall and a water moat. The deserted village can be accessed by the ‘Hrotovicko’ educational trail equipped with information panels. Currently, the outlines of the manor palace, yard, farmsteads and service buildings are well visible. 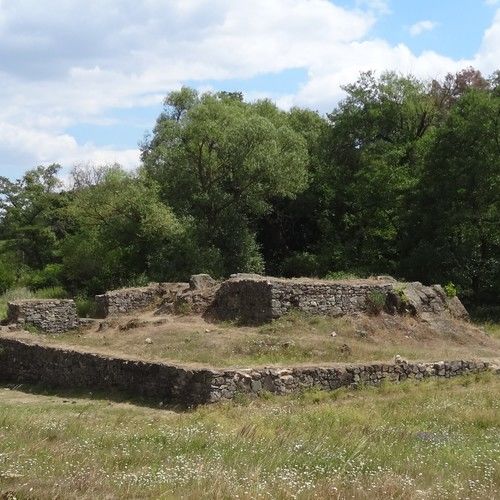 Fortified manor house with the remains of a defence wall ...
Photo A. Knechtová, 2013. 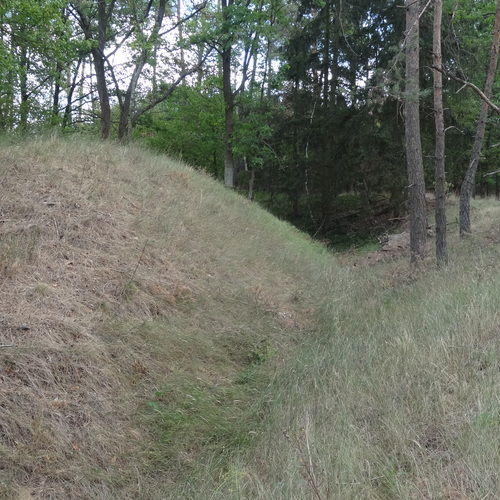 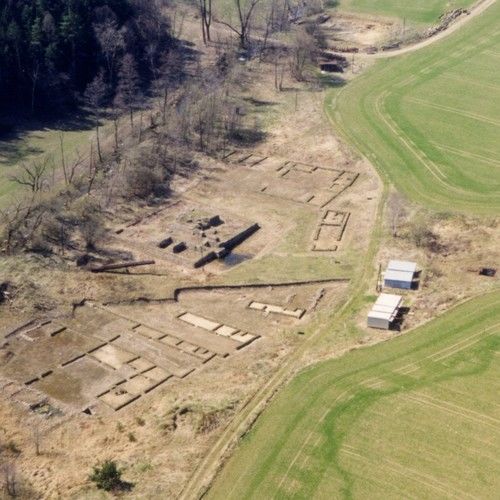 Aerial view of the deserted village with a presentation o...
Photo M. Bálek, 2000. 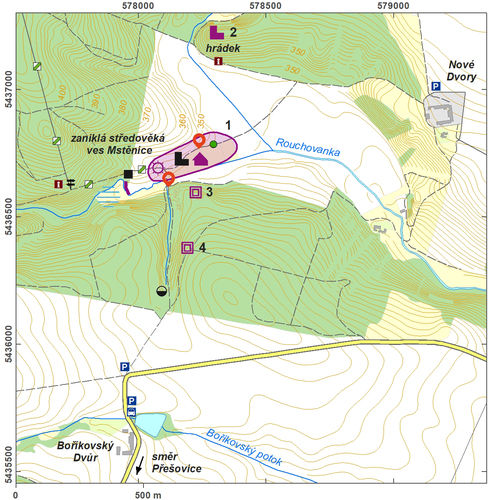 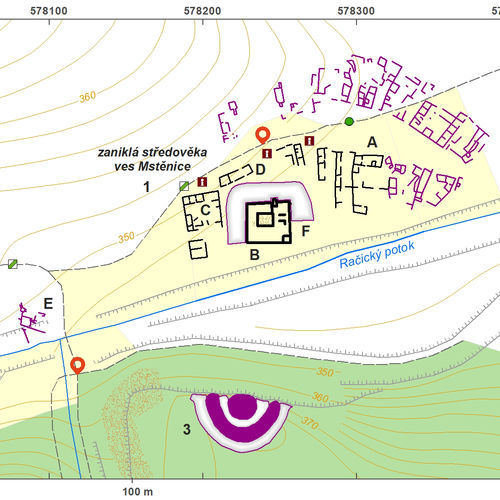