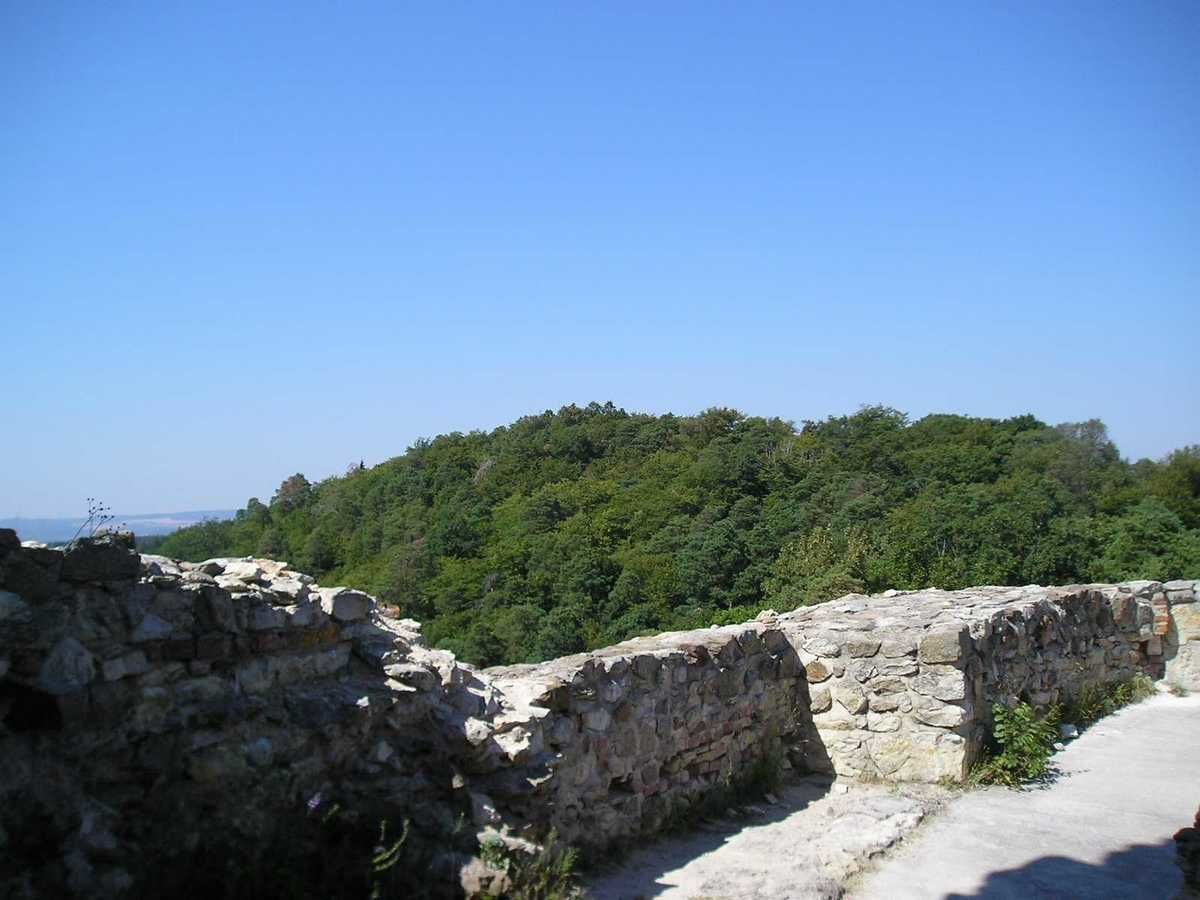 View of the bastion at the castle from the south-east.

Boskovice Castle counts among the most important medieval residences of the nobility in Moravia. The first written mention are dated back to the 14th century. The area consists of an upper ward and a part called ‘bastion’. Amidst the vast fortification, there are also the remains of a Bronze Age hillfort, which was occupied in the Hallstatt period. Parts of the prehistoric fortification were reused to build the medieval castle. The upper ward is surrounded by a zwinger with open bastions facing the entrance area; typologically, this castle belongs to the castles with mantlet wall. The site has not been archaeologically researched; therefore the dating of individual building phases remains unclear. 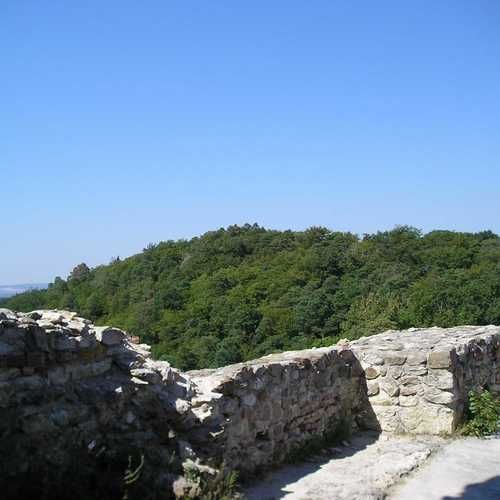 View of the bastion at the castle from the south-east.
Photo L. Kundera, 2004. 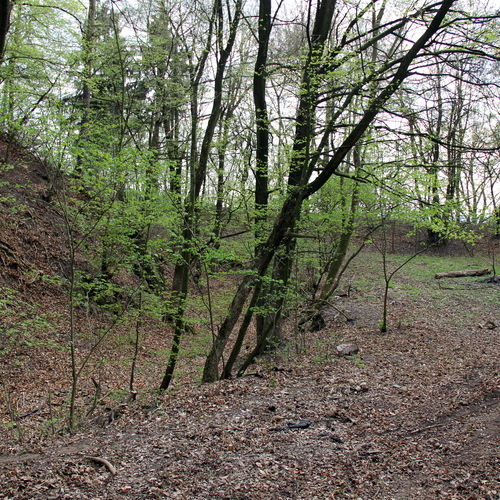 View of the bastion with parts of the ditch and earthwork.
Photo J. Totusková, 2015. 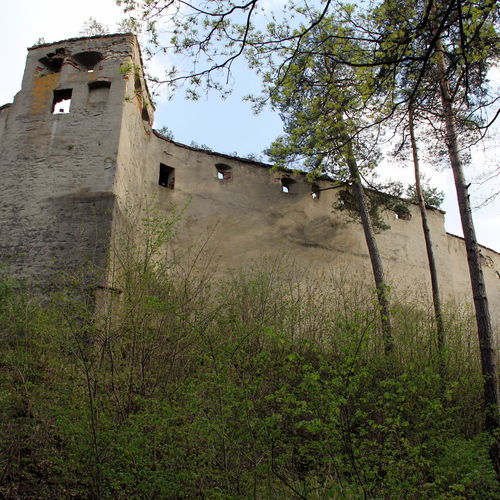 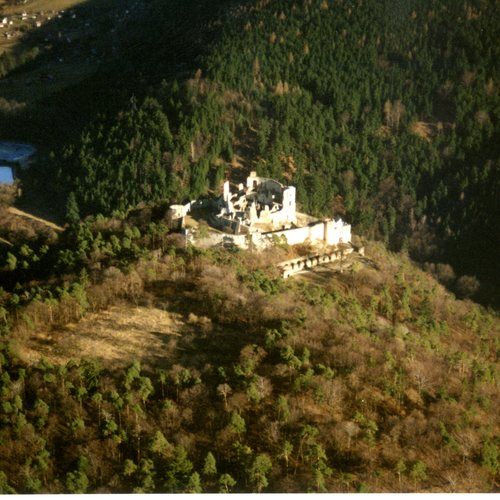 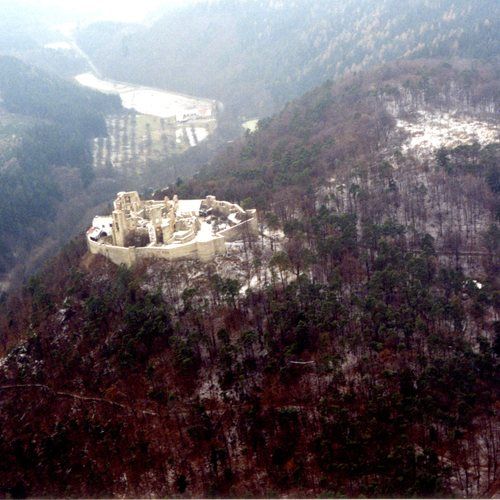 Aerial view of the castle from the south-east.
Photo M. Bálek, 1999. 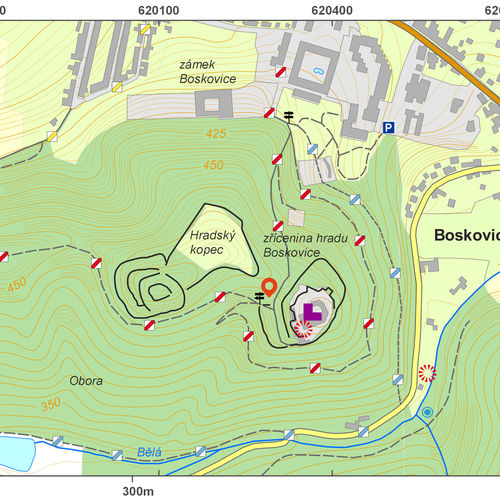 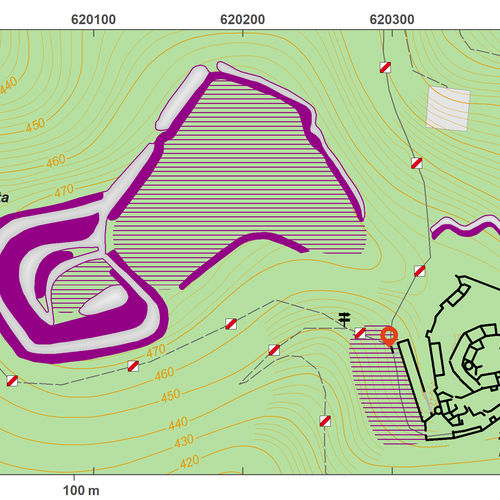