View of the hillfort from the east (the acropolis is defined by a belt of bungalows).

Hillfort, known multi-cultural site with finds from almost twenty Bronze hoards and many human skeletal remains. The first finds were made in the 1920s; after World War II, 18 sessions of systematic excavations followed uncovering settlements of the Únětice, Věteřov and Velatice cultures (Late and Final Bronze Ages). Among the most important was the find of a chieftain’s grave from the Migration Period. Today, two terraces are visible – an outer one with a fortification composed of a moat (8–11 m broad, 2.5 m deep) and the mighty debris of a stone wall. 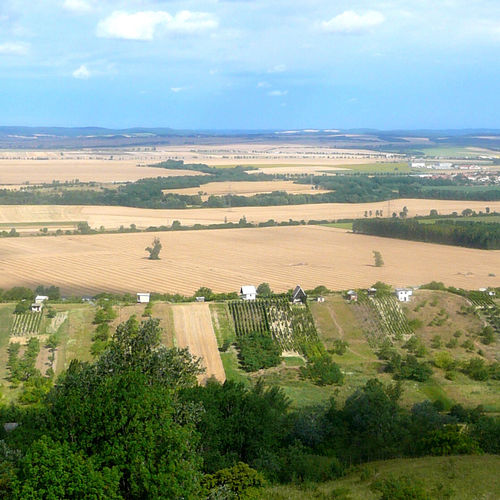 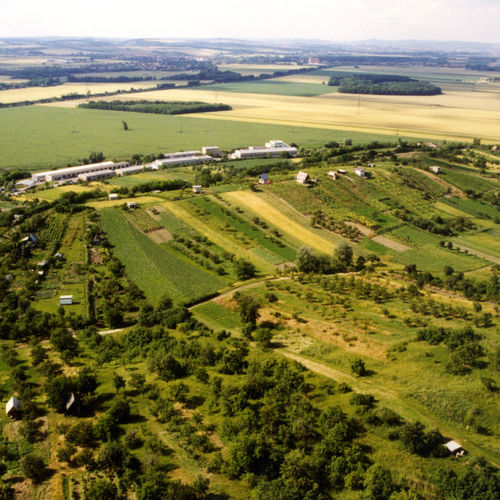 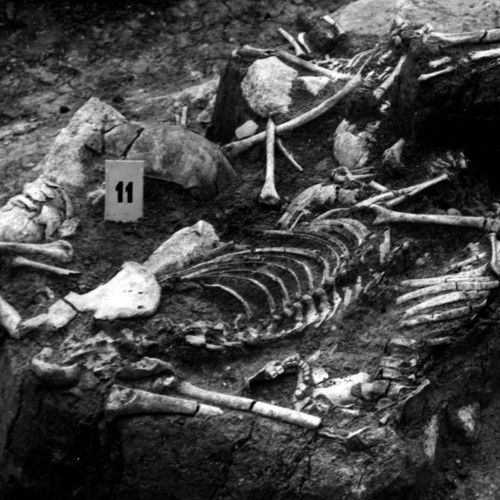 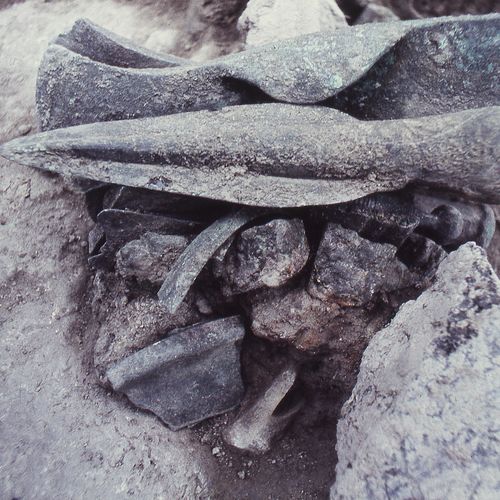 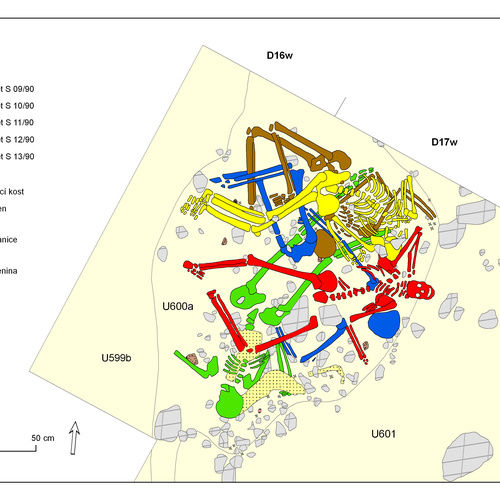 Cezavy: example of a concentration of human skeletons in ...
After M. Salaš. 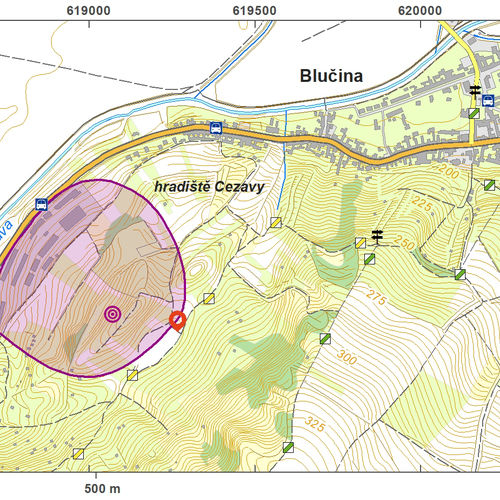 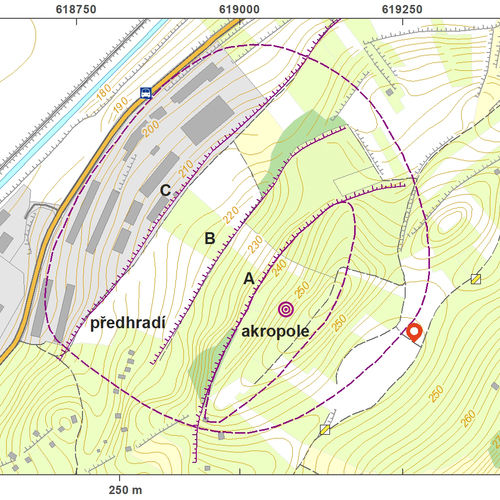