Spoil heaps in the chateau park.

Spoil heaps from gold panning activities (‘sejpy’ in Czech) in the chateau park (originally a game reserve) in Blatná. Gold started to be extracted from the sands and gravels of the auriferous rivers in south Bohemia no later than in the La Tène and the large number of gold artefacts of that period may prove it. The peak of gold panning in Bohemia is dated to the period between the 12th and 16th centuries, and it definitely ceased to exist after the Thirty Years´ War as unprofitable. Other goldwashing spoil heaps are found in the area around Blatná. 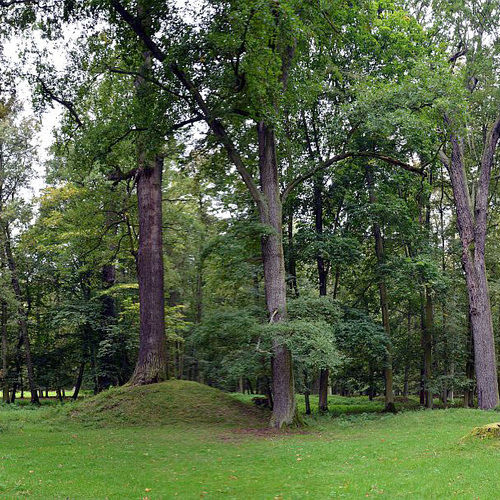 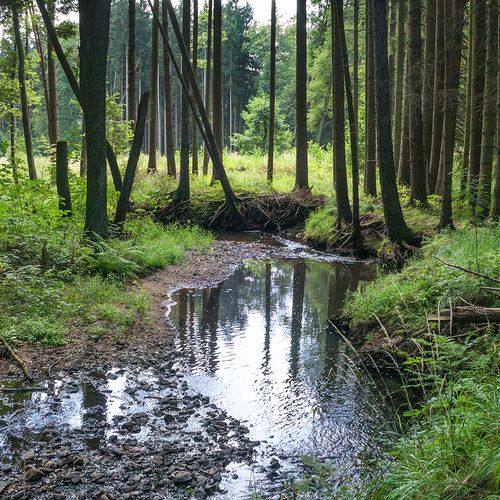 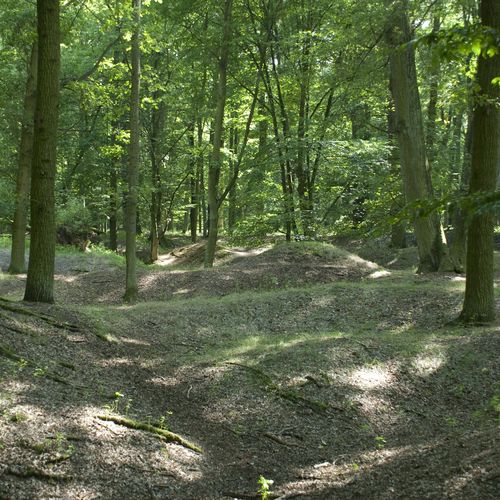 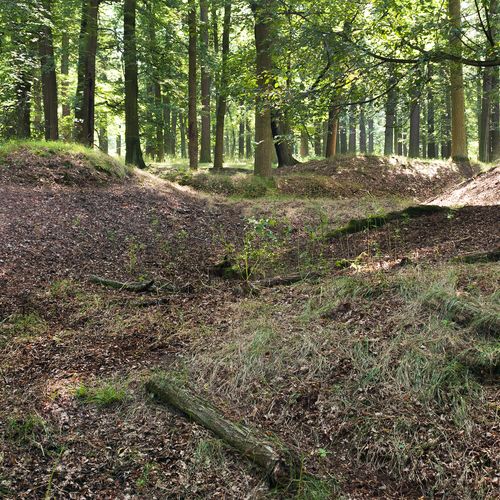 Historical picture of goldwashing spoil heaps at Žichovic...
After Fröhlich 2006. 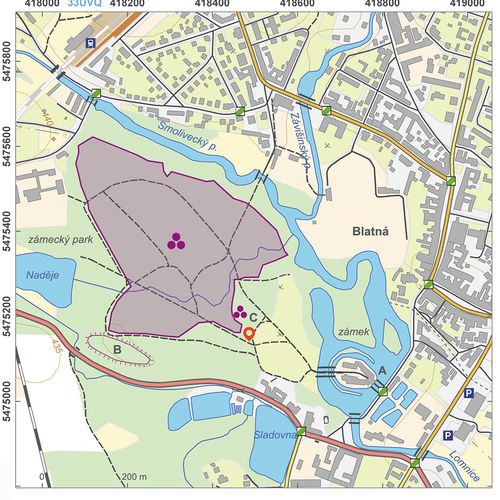