Panoramatic picture of the forest with relicts of headquarters of the partisan brigade called 'Mistr Jan Hus'.

A bunker that was used as a hiding place by members of the ‘Master Jan Hus’ partisan brigade at the end of 1944. The group from Kiev parachuted into Czechoslovakia at the end of October and hid near Zbyslavec until the middle of December, when the Gestapo raided surrounding residents who supported the partisans. Although the brigade was active in the area until the end of the war, the majority of its members were killed in March 1945 during an attack by SS units. Their hiding place today consists of several bunkers (sunken huts), occasionally with traces of the original wooden furnishings. The deportation of local inhabitants to the Terezín ghetto (concentration camp) is commemorated by a memorial in the village of Licoměřice where the partisans spent their first night. 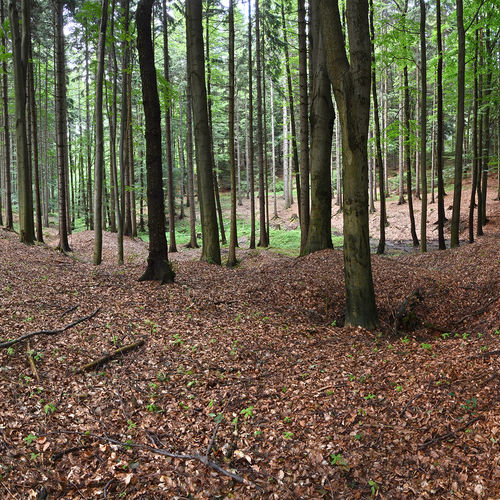 Panoramatic picture of the forest with relicts of headqua...
Photo Z. Kačerová, 2013. 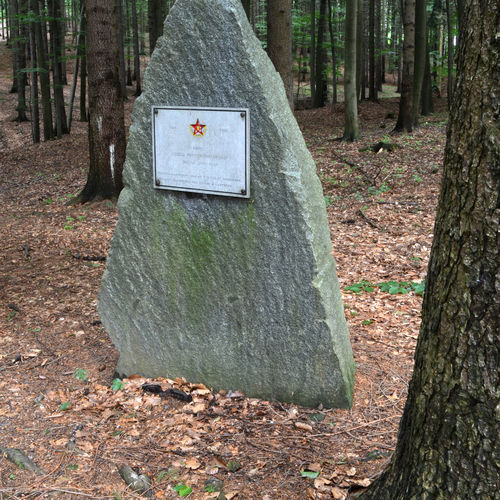 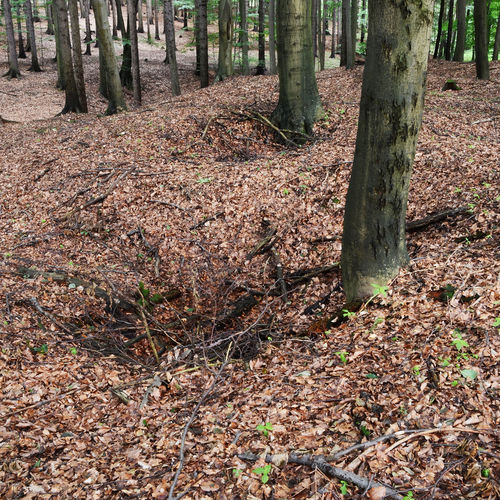 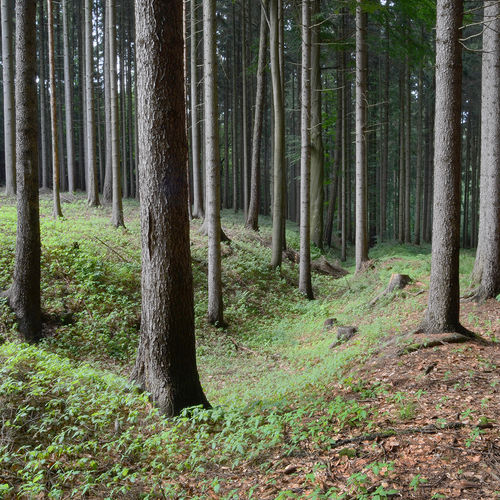 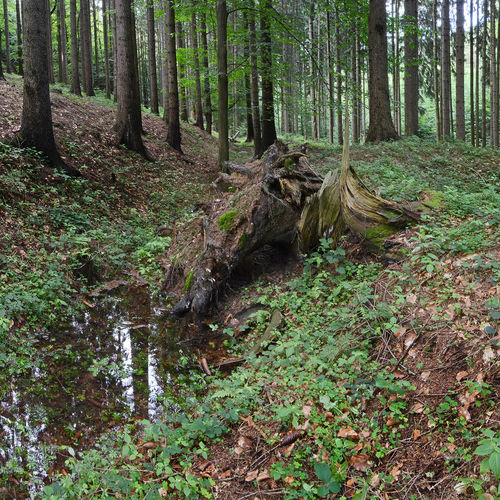 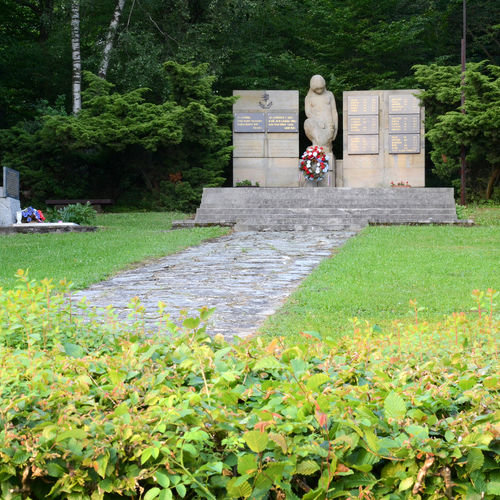 Memorial on the place of partisans's overnighting with th...
Photo Z. Kačerová, 2013. 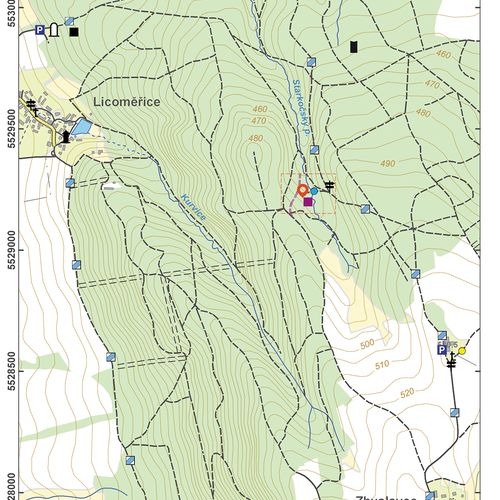 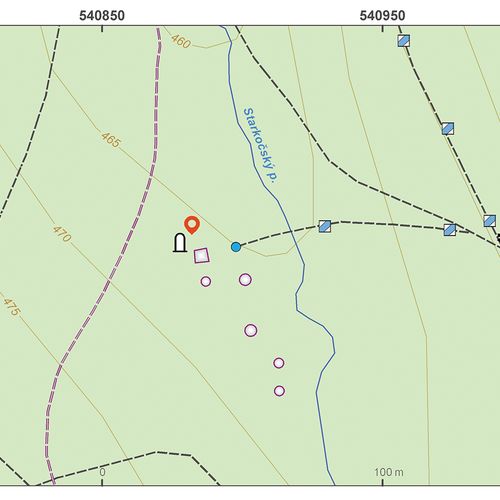