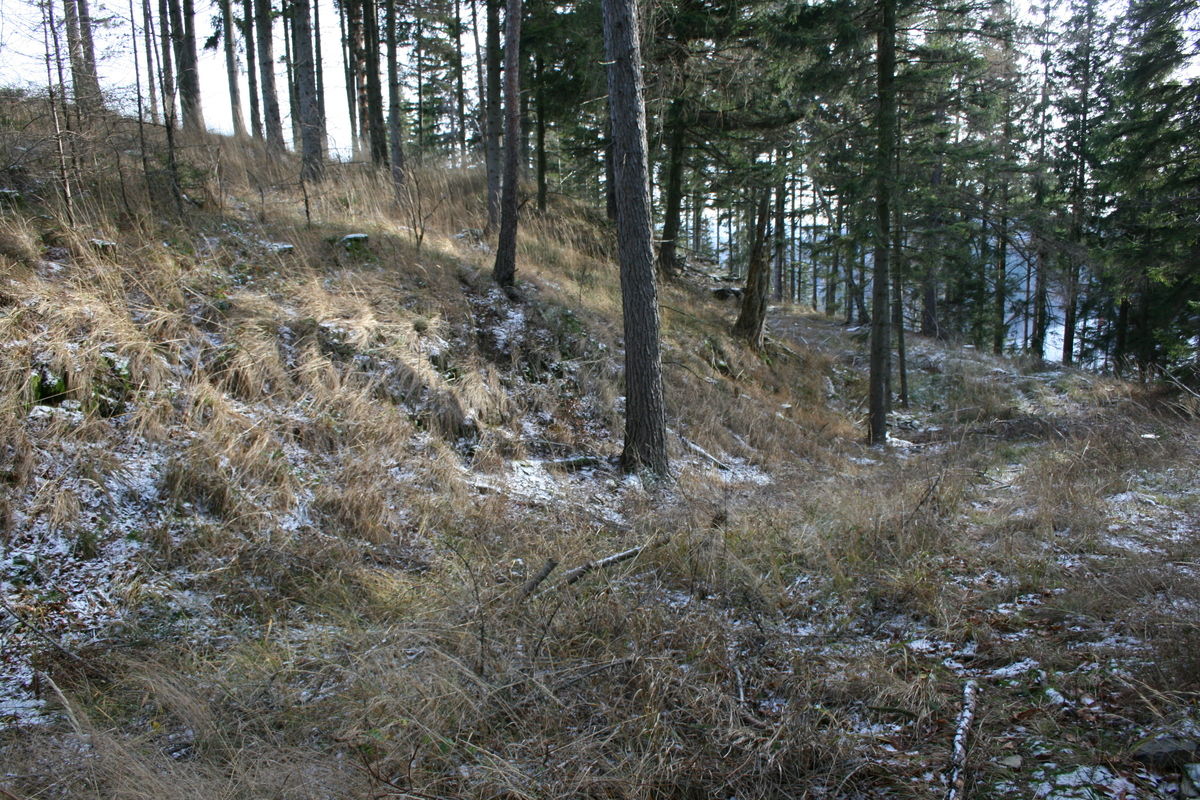 The medieval castle of Luginsland represents an example of a simple fortified manor from the time around 1250, the time of the colonization of uninhabited territory. We assume that the castle served the purpose of a refuge. It is not mentioned in the written records and it was excavated in the 1st half of the 20th century. The castle consists of an upper ward and a small lower ward. The upper ward is protected by a still well visible ditch and earthwork. In the north part of the upper ward, probably the foundations of a central tower-like building were discovered, which walls are up to 2.8–3.0 m in breadth; a burnt layer points to a violent end of the site. The western part of the ditch shows a walled well. The small lower ward was protected by an earthwork and ditch (currently almost invisible). Among the finds were ceramic vessels and a number of iron fragments of riding equipment (spurs, buckles and parts of a stirrup) and of harness (bridle and horse shoes). 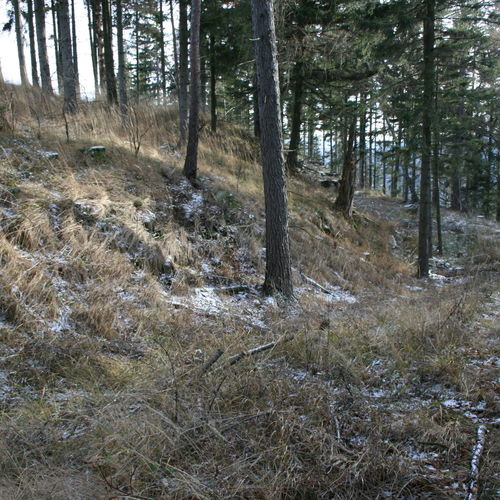 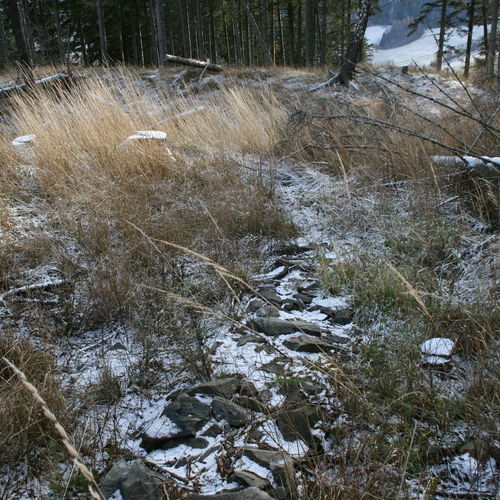 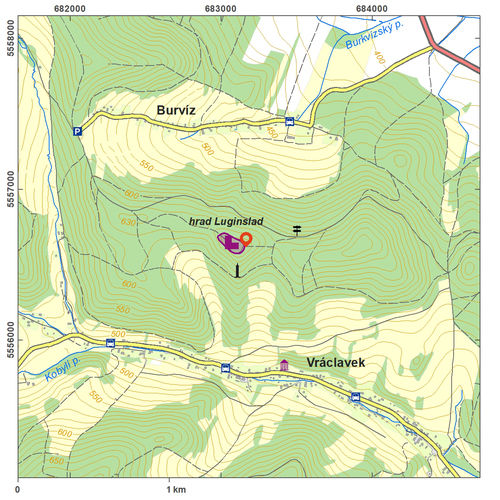 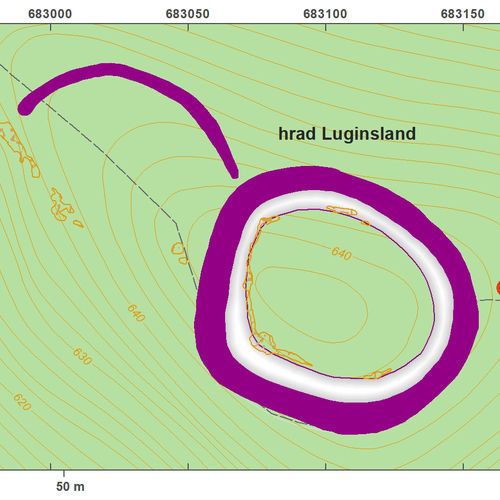