An overall view of the cemetery.

A well-preserved Early Medieval barrow cemetery dating to the 9th century. A total of 69 barrows arranged in several rows running from east to west were identified here. Archaeologists excavated just one barrow, which contained burnt wood, potsherds and earrings; the presence of cremation remains can be presumed, but were not identified. Unfortunately, the majority of barrows have been disrupted by treasure hunters. Numerous Early Medieval and prehistoric barrow cemeteries are found in the wooded territory near Hluboká nad Vltavou. 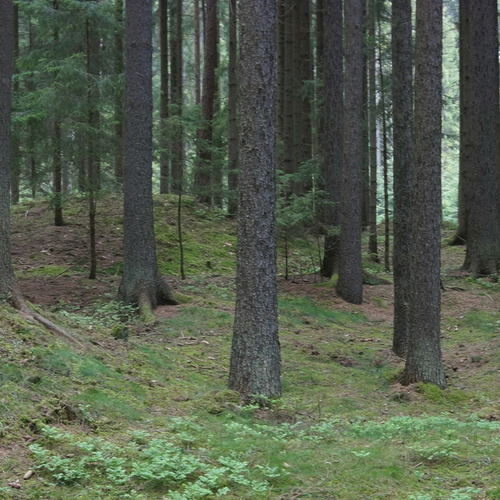 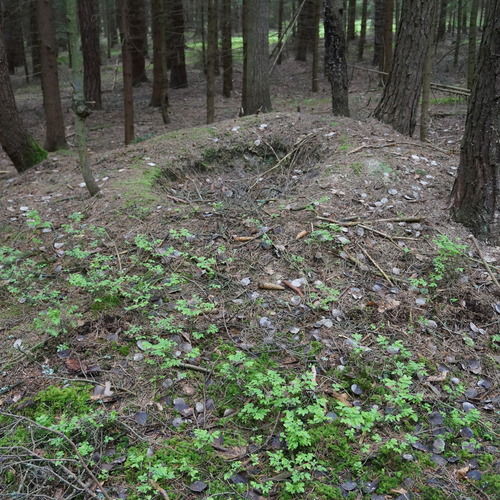 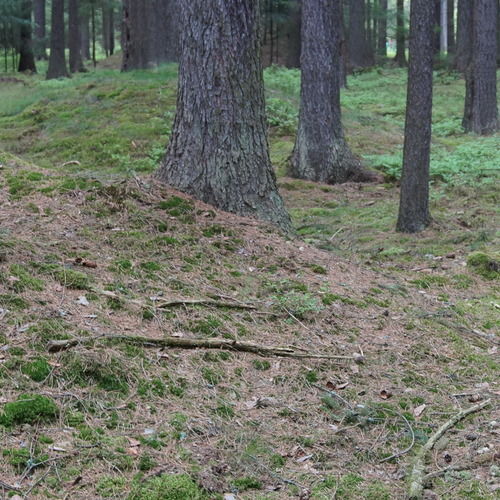 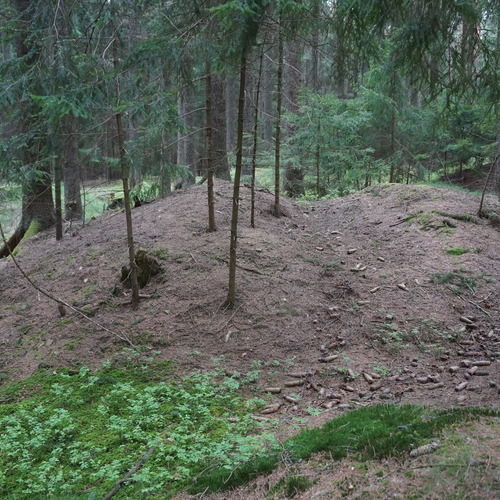 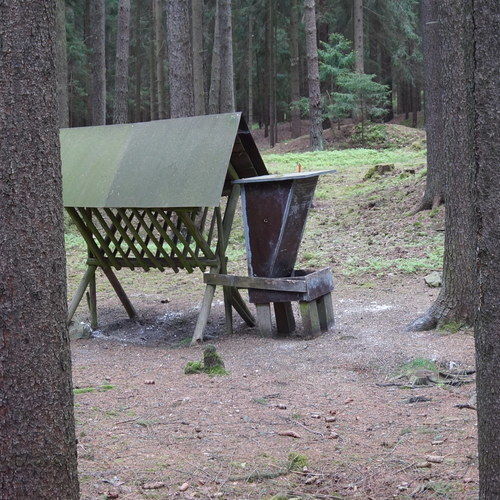 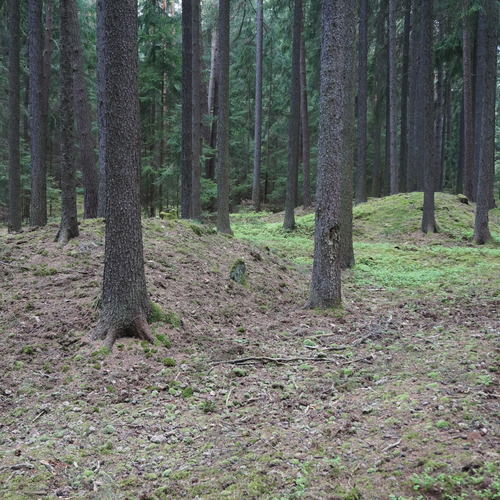 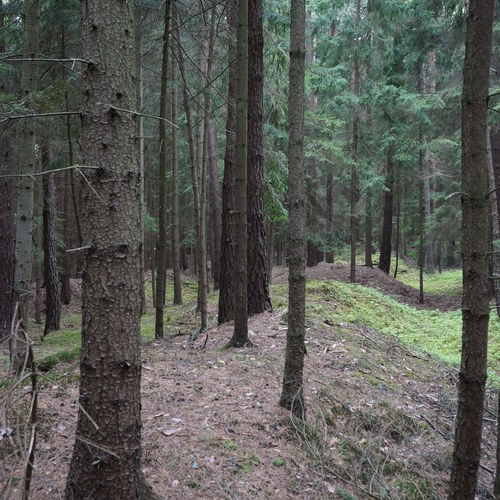 A row of barrow in southern part of the cemetery.
Photo J. Mařík, 2014. 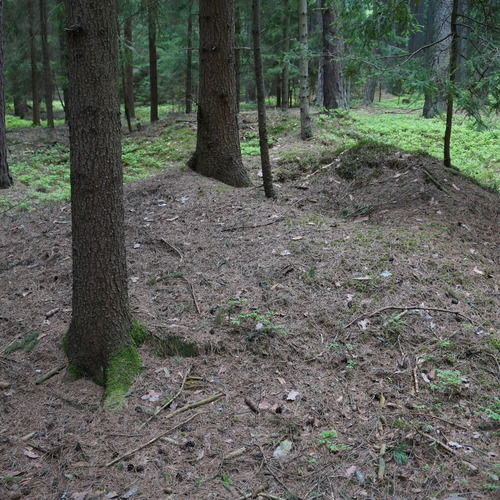 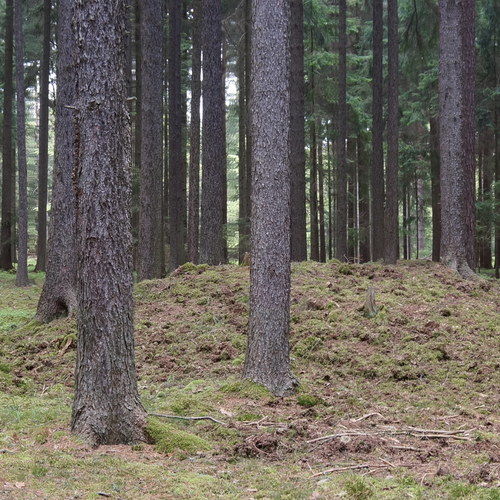 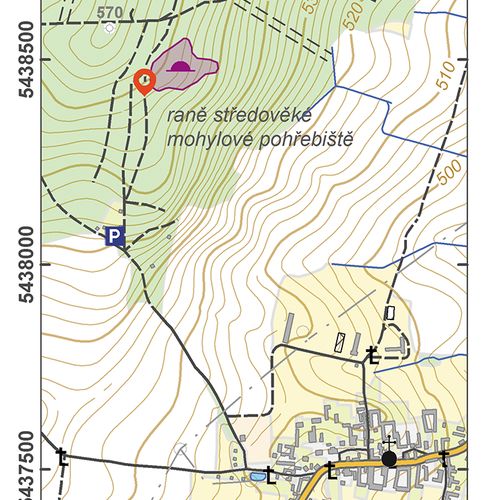 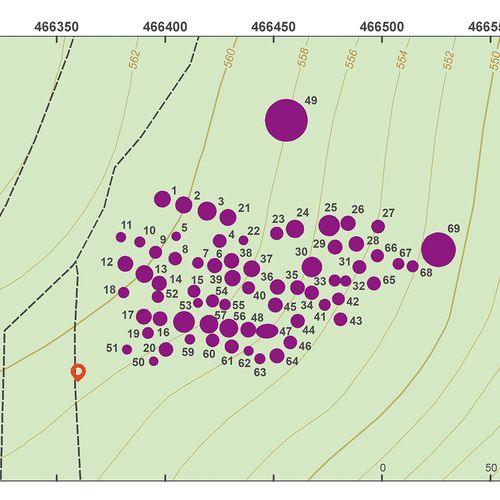 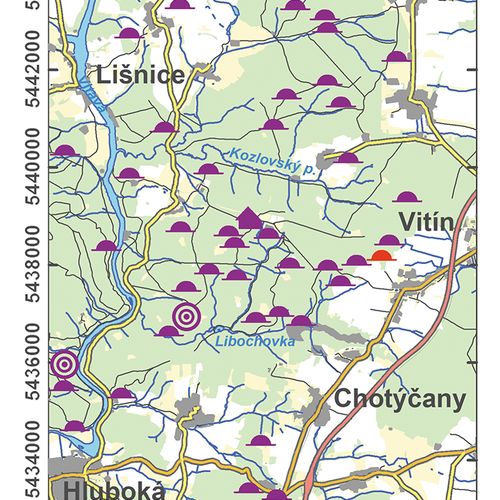 Barrow cemeteries and hillforts in the civinity of Vitín.
After Kuna et al. 2014.