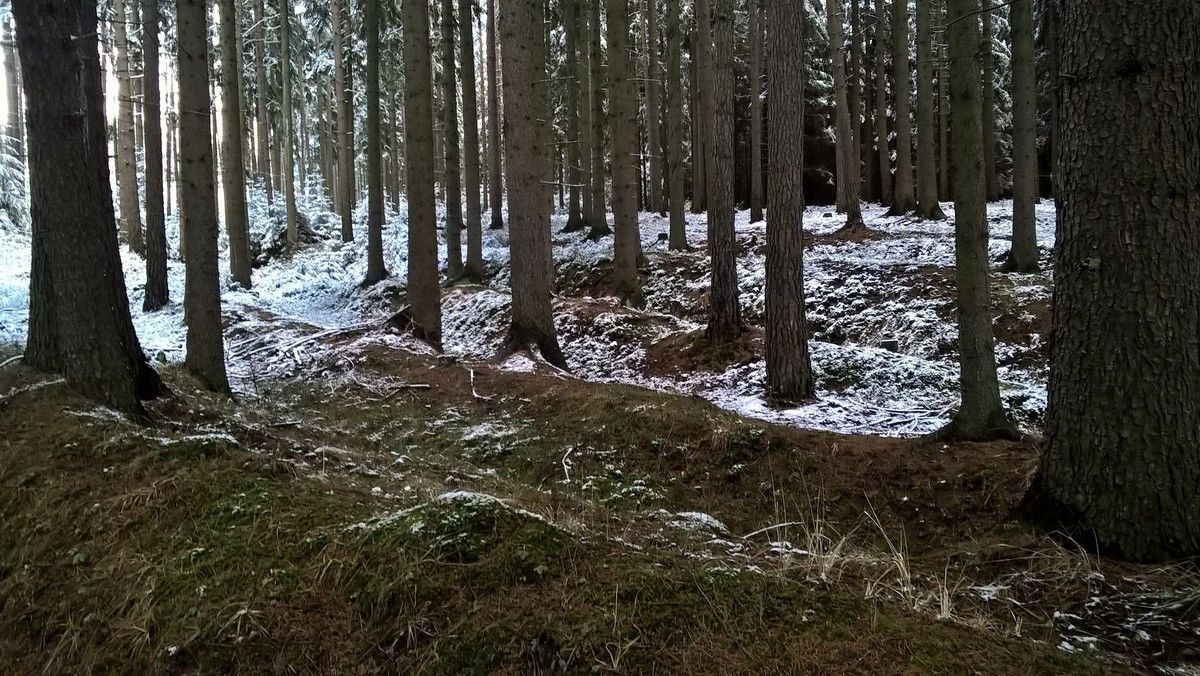 Jevíčská cesta (Jevíčko Path) and the medieval fortification of Durana belong to a medieval far-distance route, showing a system of deserted hollow ways. The Jevíčko Path, being a section of one of the most important roads of the Middle Ages, is of interregional importance; on our territory it is referred to already in 1200. Older systems of hollow ways are also attested by the find of a Moravian spur from the 9th century. The small medieval fortification on the hill of Durana, dating to the 15th century, may be attributed the role of controlling the road. The fortification is almost circular with a diameter of 50–60 m; it consists of a broad earthwork and ditch and the inner buildings were made of earth and wood. A system of hollow ways has been preserved from the historical road. The largest bundle of routes has come to light in the Dobračov Forest and also during the vast excavation project on the site of a modern roadway between Šubířov to Konice. 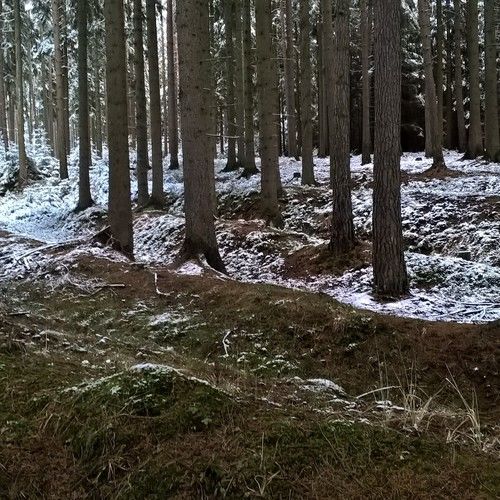 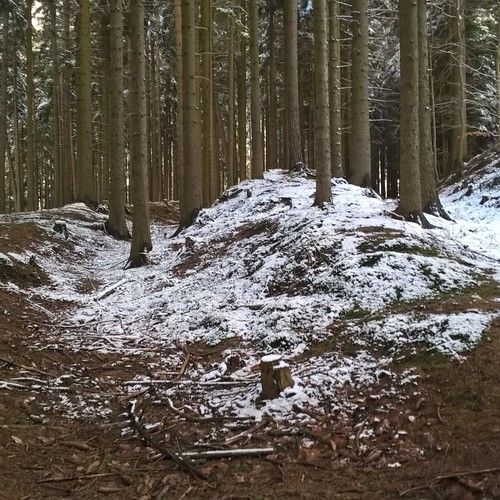 Map notes: A, E - hollow ways in the Dobračov forest field and north of it; B - peak of Durana Mountain; C - fields; D - Church of St Bartholomew. Map symbols are available in the Downloads section. 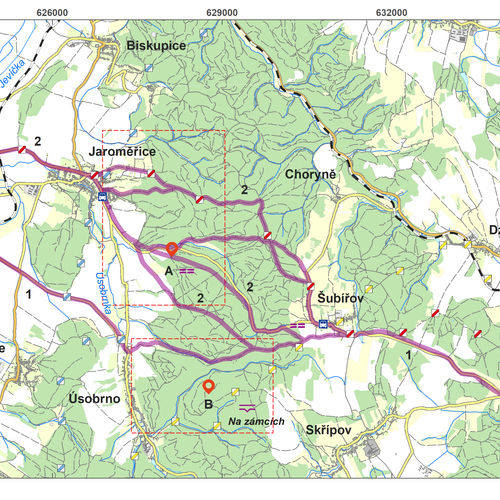 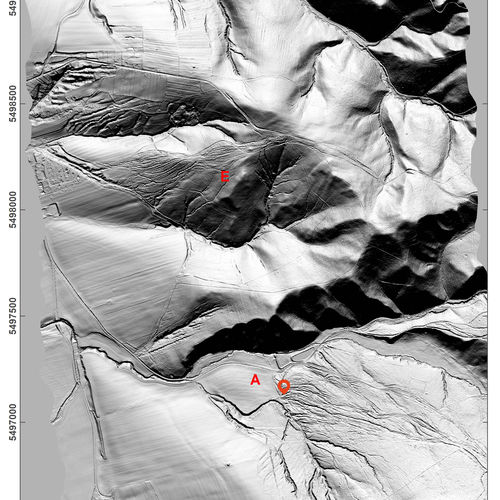 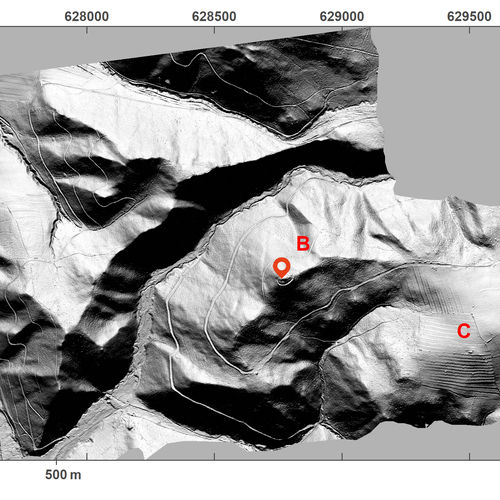