Two La Tène rectangular enclosures (Viereckschanzen) in a single cadastral area. As the ‘Bohemian Siberia‘ (‘Česká Sibiř’) region is not particularly fertile or hospitable for settlement, the reasons behind the presence of two enclosures could primarily be rich sources of raw materials. Viereckschanzen are often interpreted as residences of the social elite who controlled the acquisition of gold, which is documented at the site by nearby gold panning locations. The site Třebsko 1 consists today of a bank up to 2.5 m high with elevated corners, whereas site Třebsko 2 has been ploughed off nearly in its entirety. 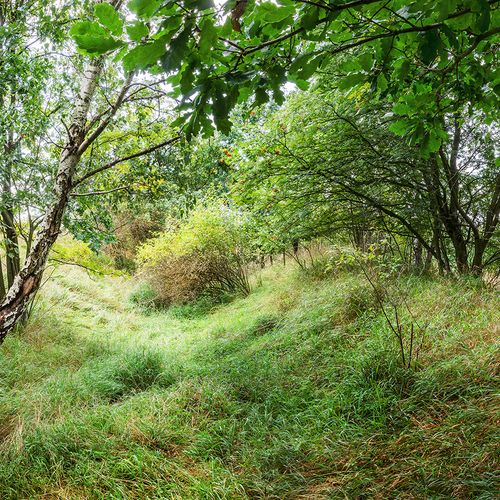 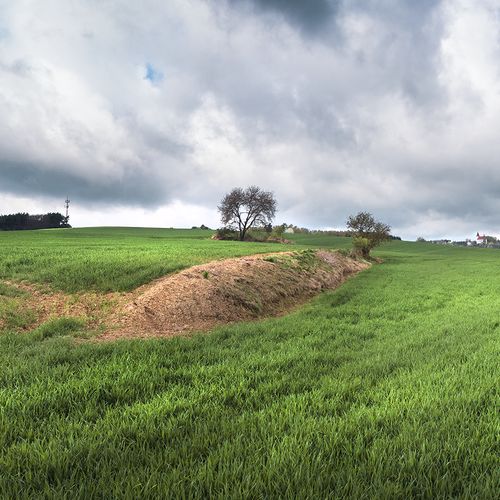 Preserved north-eastern part of the Třebsko 2 area.
Photo A. Danielisová, 2014. 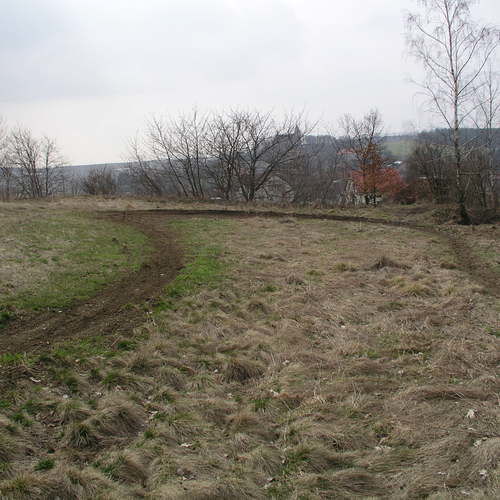 Cross country tracks across damaged area of the Vierecksc...
Photo A. Danielisová, 2005. 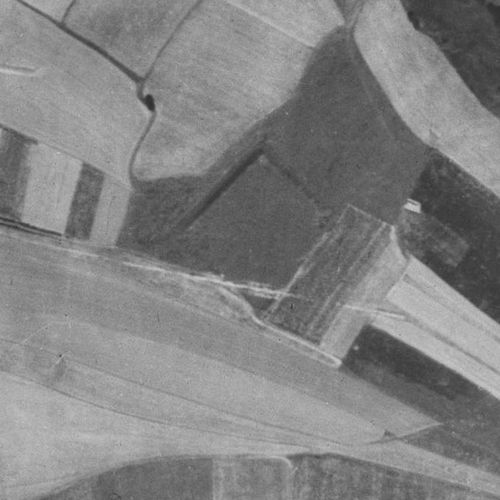 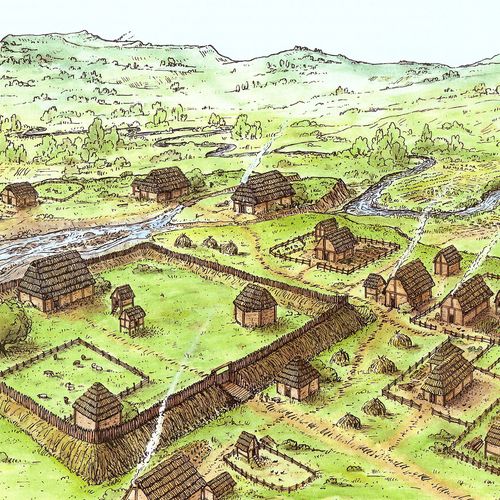 Reconstruction of the feature of Viereckschanze-type.
After Wieland 1999.

Map notes: A –B – goldwashing spoil heaps (A – better preserved). Map symbols are available in the Downloads section. 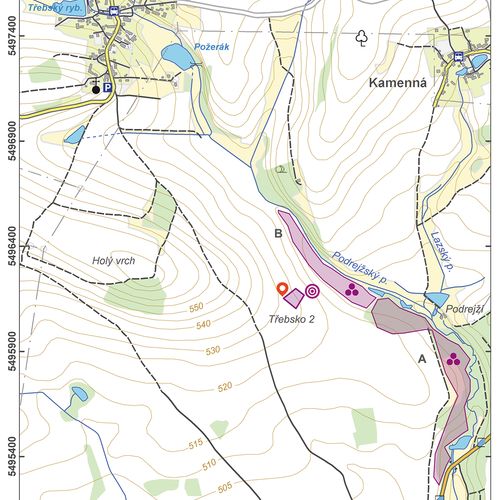 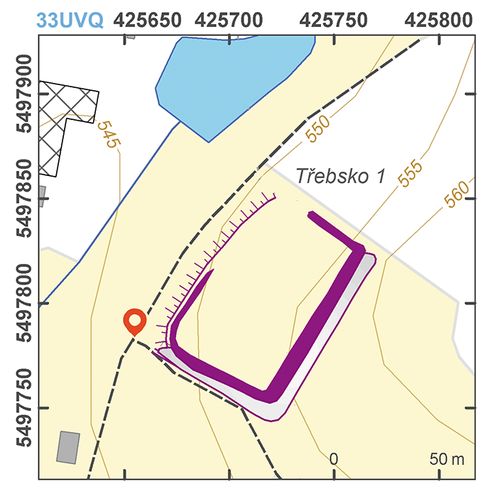 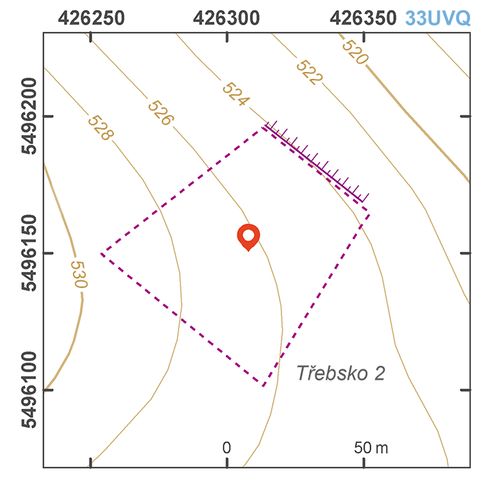 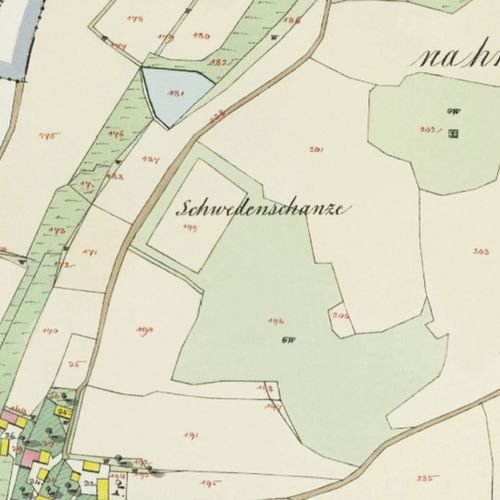