Prehistoric hillfort ‘Kotýz’ and the surrounding caves with archaeological finds 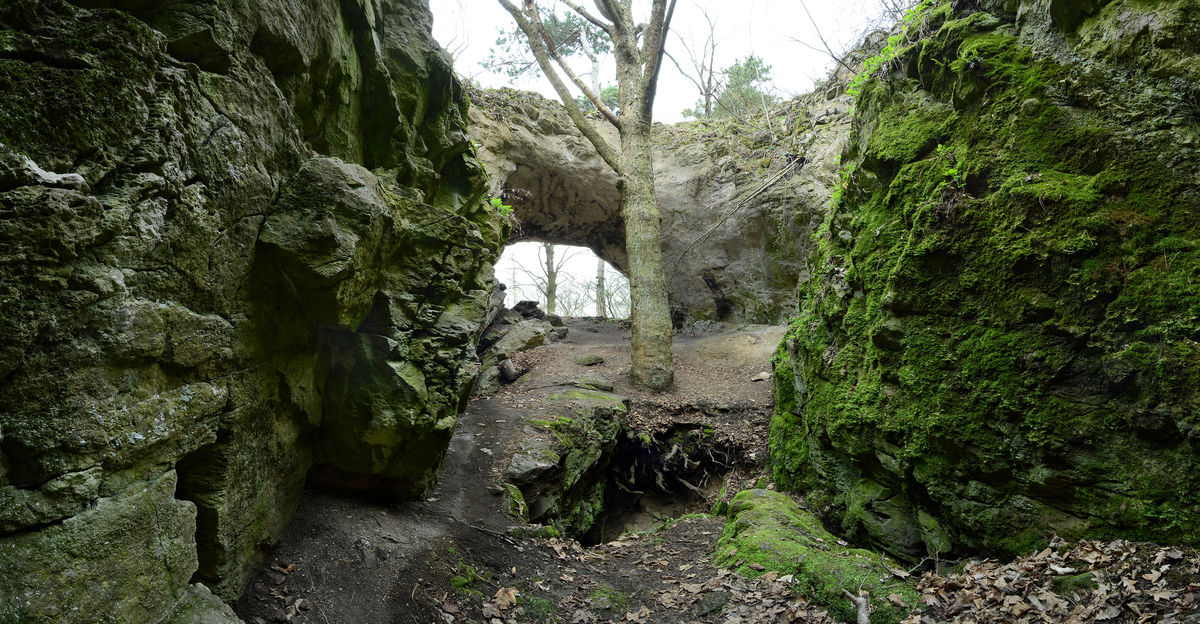 The prehistoric ‘Kotýz’ hillfort in the Bohemian Karst represents the best known cave complex with archaeological finds in Bohemia. Although 19th-century romantic archaeologists linked the hillfort to the Celts, it was occupied already in the Bronze Age and the Hallstatt Period and again in the Early Middle Ages. Two lines of stone banks have survived up to the present. The cliffs of ‘Kotýz’ hill contain many caves used for dwelling and other activities as already in the Palaeolithic; archaeological finds also come from the neighbouring karst complex of the ‘Koněprusy’ Caves. The most significant finds include a set of Upper Palaeolithic slate slabs with engraved animals from the ‘Děravá’ Cave, a grave of a woman of the same period and a medieval coin forgery workshop in the neighbouring ‘Koněprusy’ Caves. 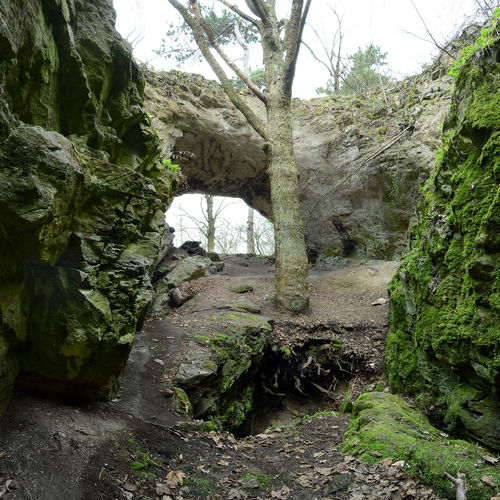 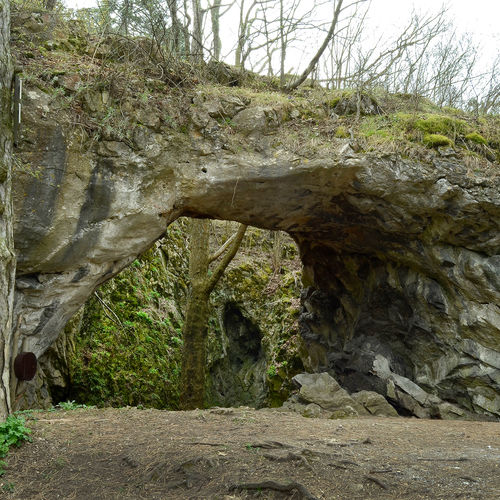 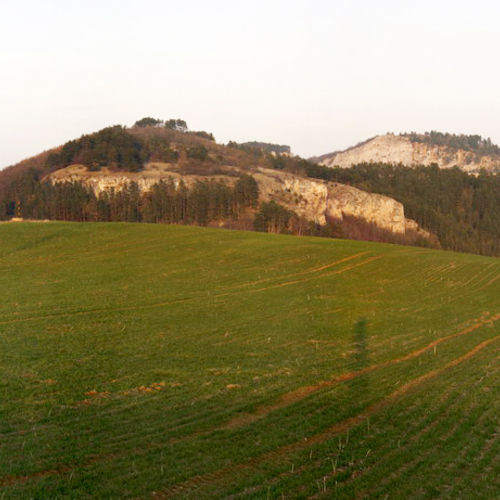 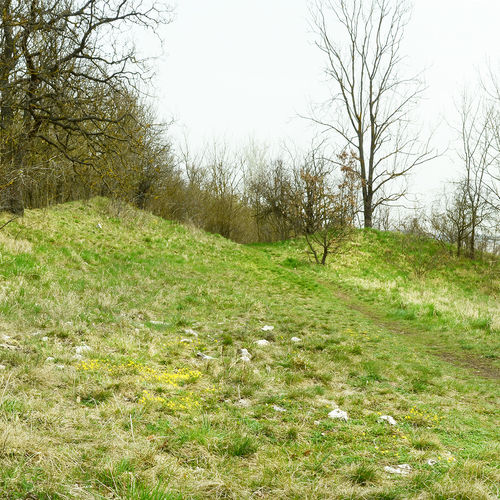 Bank of the Kotýz hillfort , taken from its inner area.
Photo Z. Kačerová, 2014.

Map notes: A – hillfort entrance. Map symbols are available in the Downloads section. 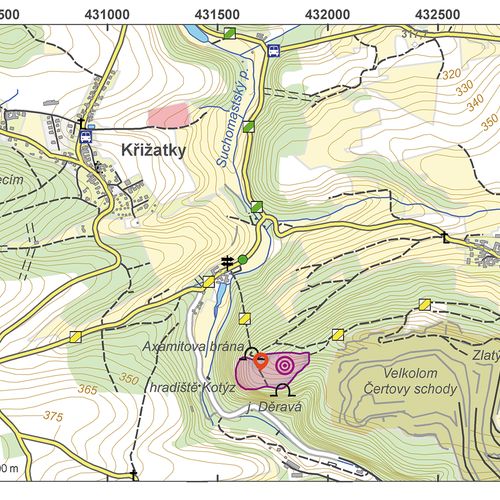 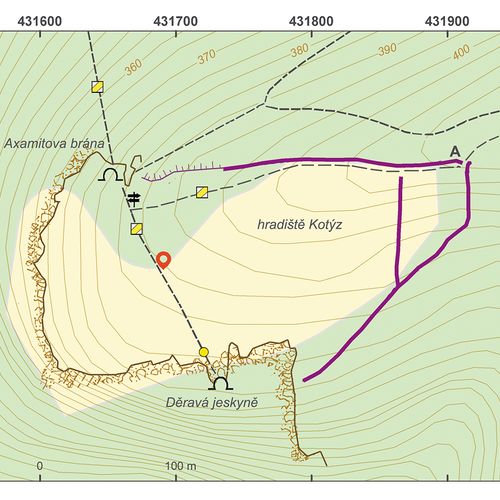 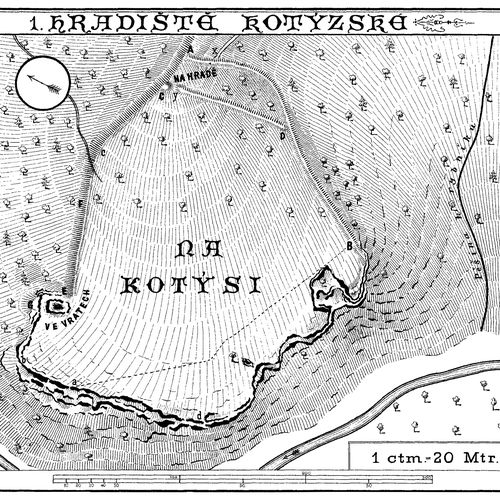