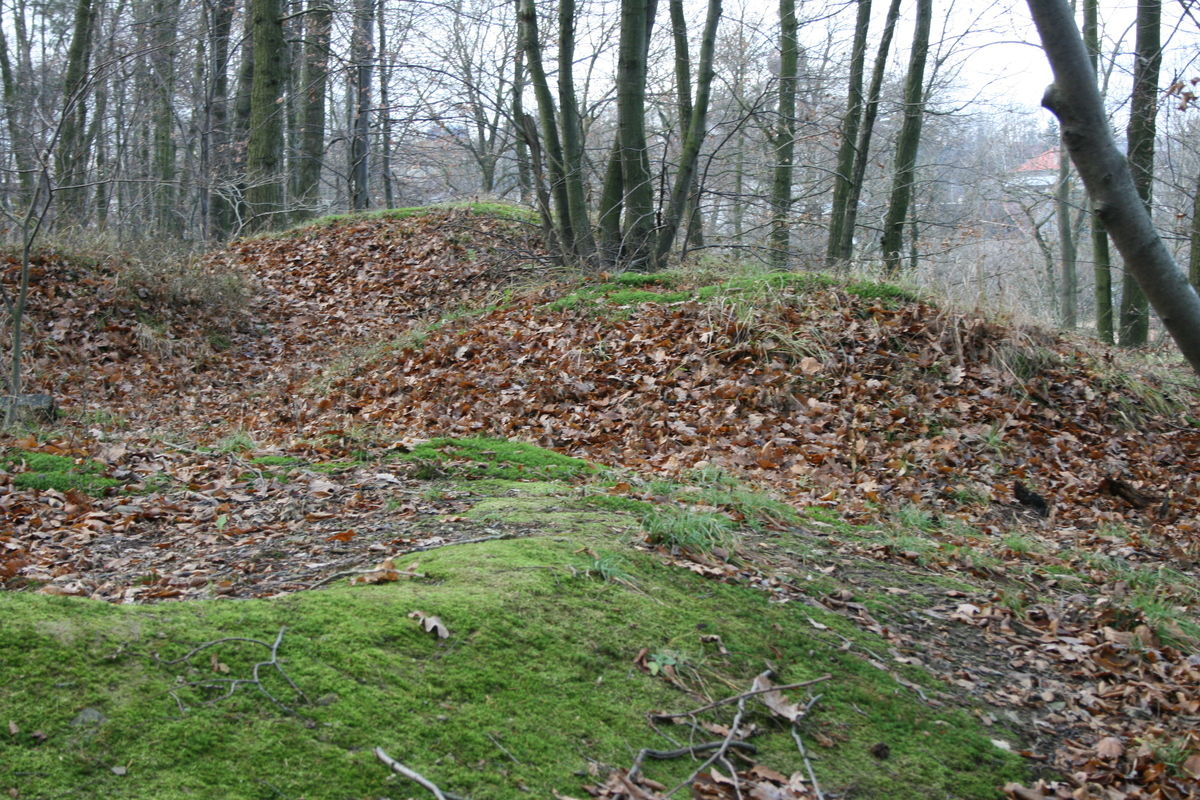 View of the barrow cemetery.

The early medieval barrow cemetery in Stěbořice is the only burrow cemetery found in Silesia. It has been known since the end of the 19th century; an archaeological excavation was undertaken in 1952–1961. The cemetery yielded 43 burial mounds arranged in north-south lines. In the barrows, skeletal remains of men, women and children were discovered. Weapons, parts of riding gear, jewellery, buckets, iron axes, arrowheads, spurs, buckles, knives, silver and bronze earrings, finger rings, glass beads and ceramic fragments were among the grave goods. Based on these finds, the barrow cemetery can be dated to around 900 AD. The round or oval barrows are still visible in the ground; they are 2–8 m in diameter and their heights reach up to 0.5–1.2 m. 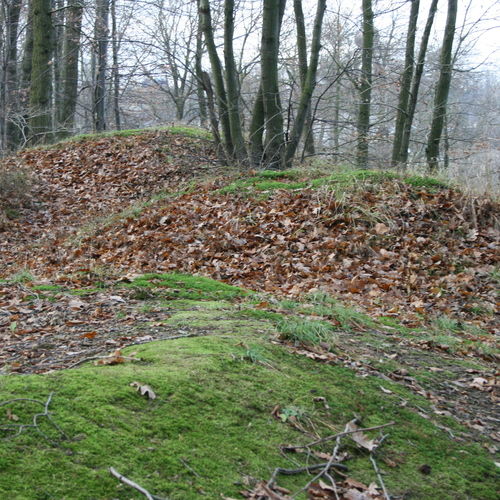 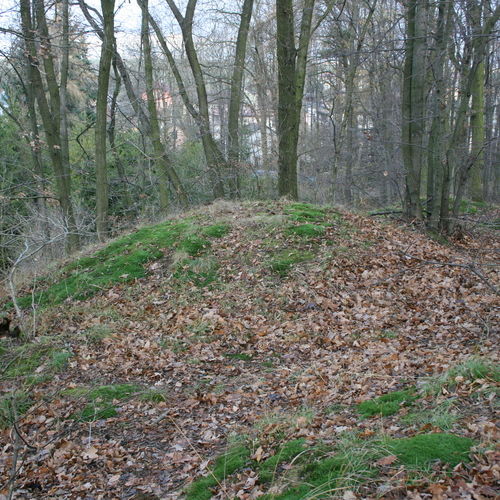 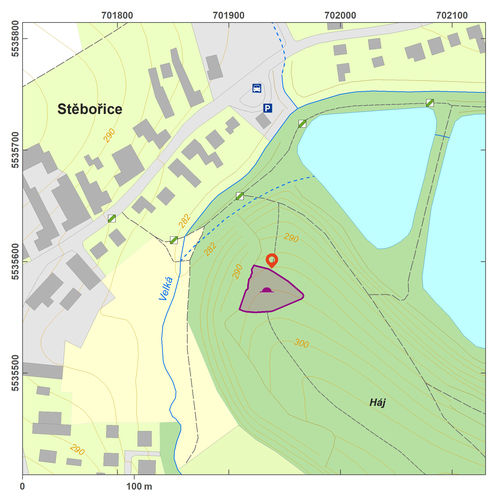 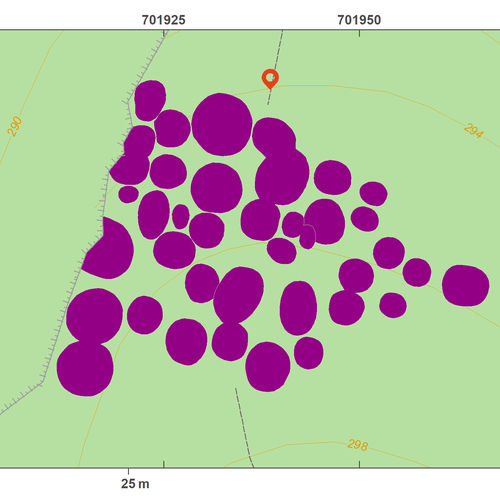