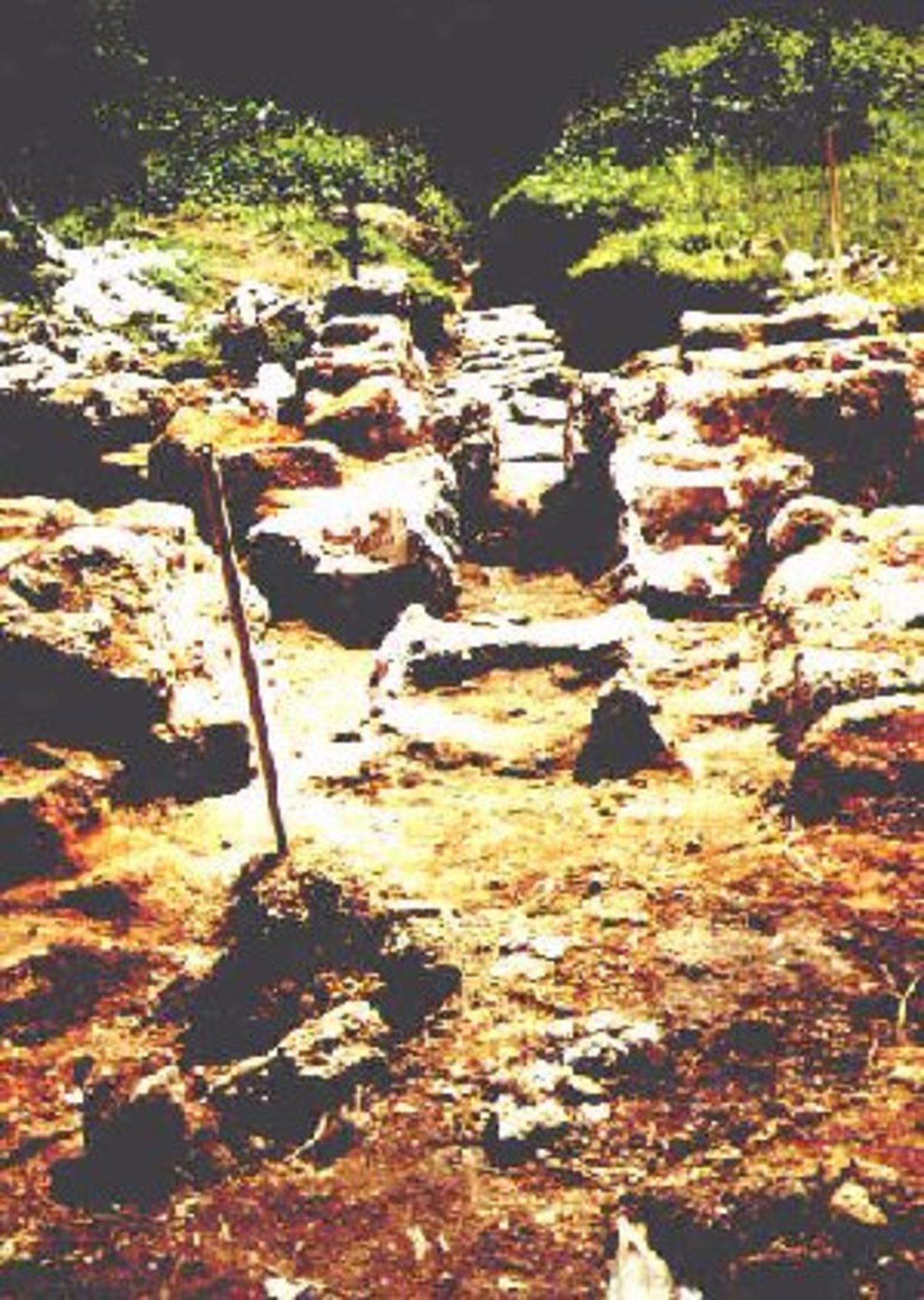 One of a few glassworks from the Renaissance period was discovered and subsequently confirmed by a smaller excavation in the deserted village of Sklená. We do not know when the settlement was founded; the glassworks was operating from the 2nd half of the 16th century, and was deserted after World War II. In 1992 and 1995, a number of trench pits were dug yielding, among others, ceramic artefacts from the time the glassworks was in operation. The remains of the building of the glassworks itself, probably together with the stone foundation of the glass kiln were uncovered. Finds of raw glass, glass drops, parts of the products, various fragments of glass artefacts and fragments of melting pots witness the glass production itself. The excavation also confirmed that after the cease of the glass production a farmstead developed at the site. Today, there are no traces visible in the ground; the village has been preserved only on historical maps. 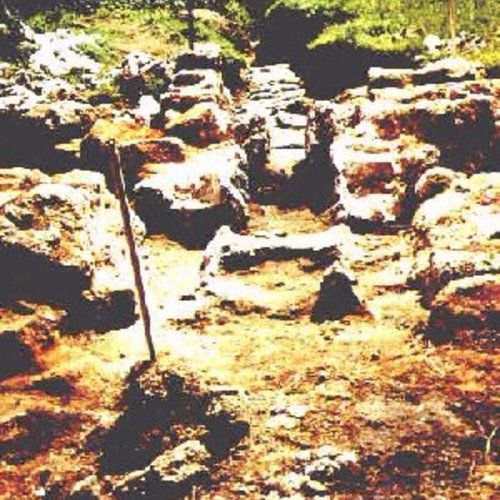 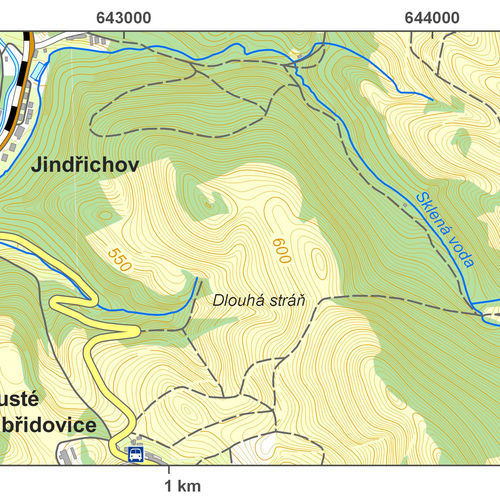 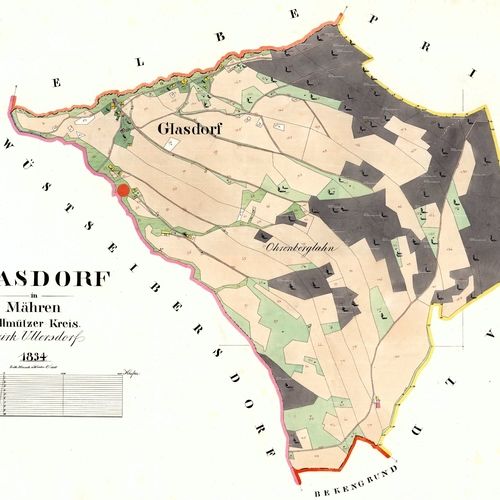 Abandoned glass works on a map from 1834.