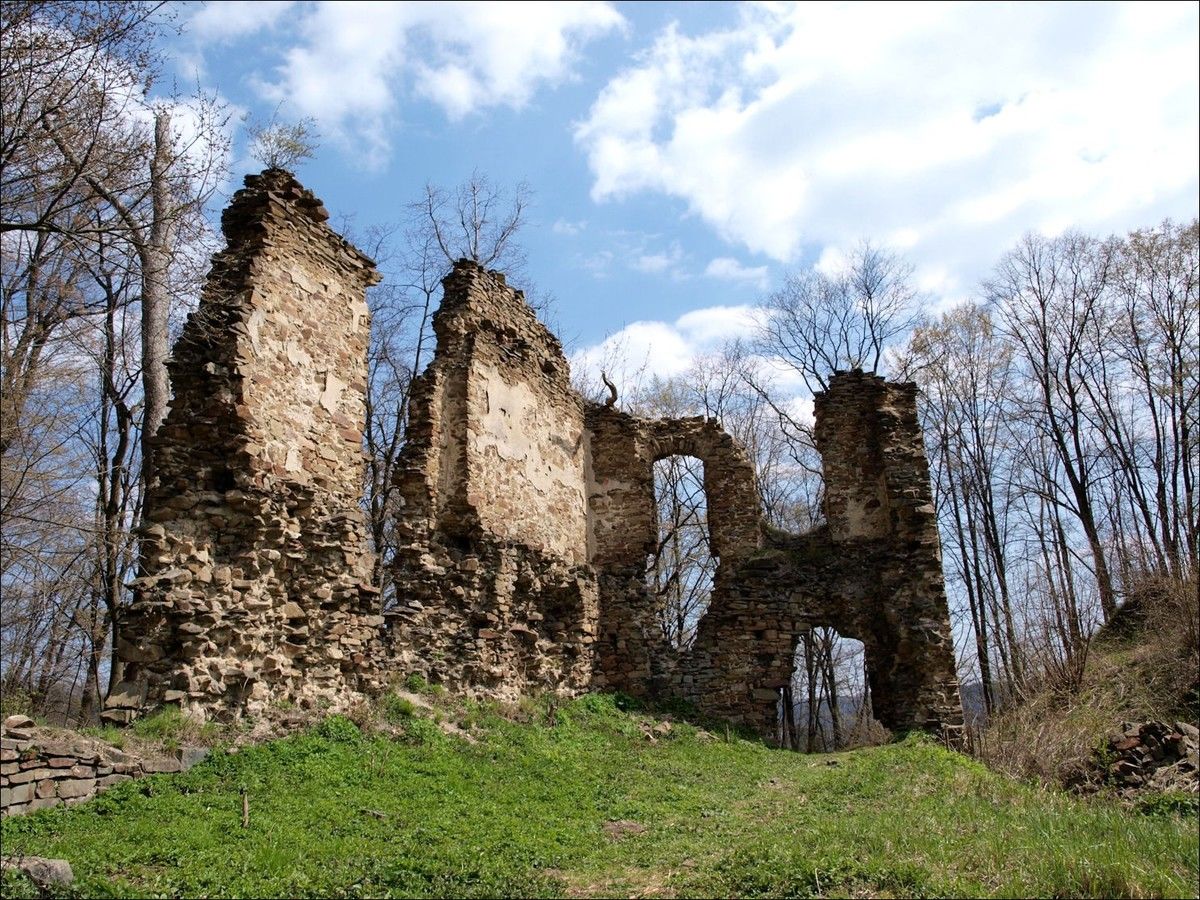 Remains of buildings flanking the vanished gate, which was part of a rebuilding of the castle in the Renaissance.

This vast ruin of a medieval castle is situated in the valley of the Moravice River in a unique natural reserve. The first written record of the castle stems from 1377; after the owners had changed for a number of times, it was deserted in the course of the 18th century, fell in disrepair, and in 1789, it was inhabited only by a single eremite. Originally, the castle consisted of an oval upper ward protected by a curtain wall. The south part of the upper ward contained residential apartments, from which only relics of the walls are preserved now. Among the other defensive structures are a zwinger wall, well preserved in the east, and a moat with a well carved into the rocks. Some of the remains stem from a Renaissance reconstruction. In 2011, the castle area was revitalized and panels informing about the history, building development and archaeological finds at the castle were installed. 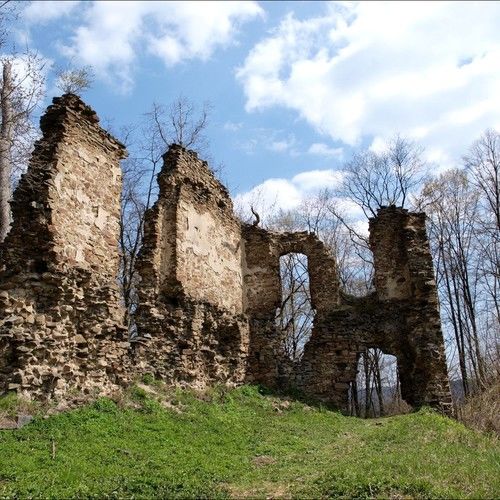 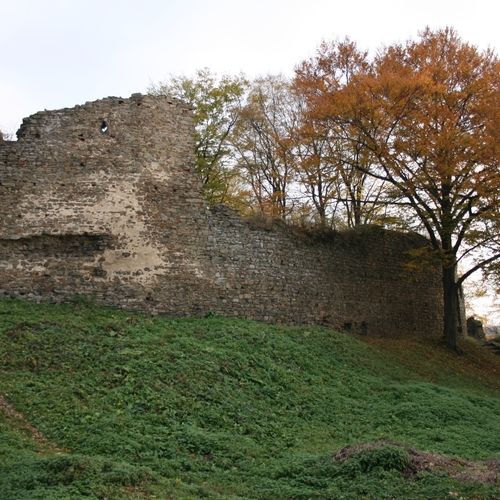 Medieval upper ward of the castle protected by a mantlet ...
Photo M. Zezulová. 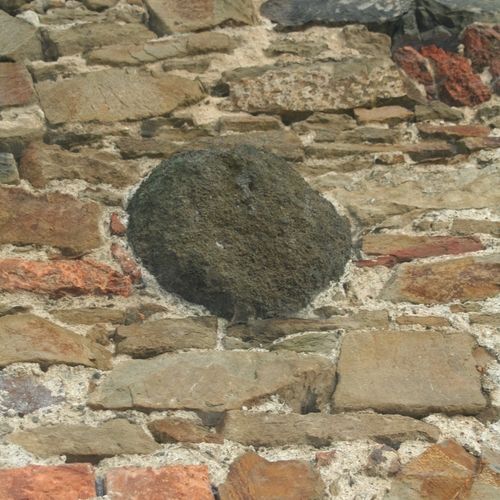 Stone ball (projectile) walled up in the west wall of a R...
Photo M. Zezulová.

Map notes: LLS picture: A – the relics of the town and fortification of Radkov; B – the network of hollow ways. Map symbols are available in the Downloads section. 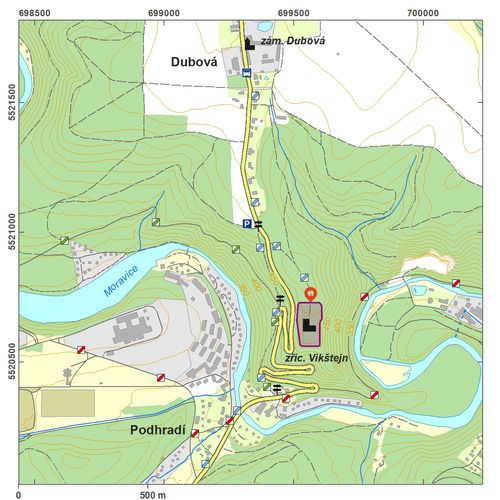 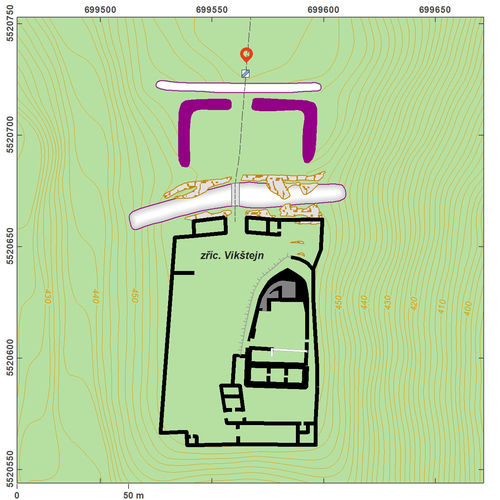 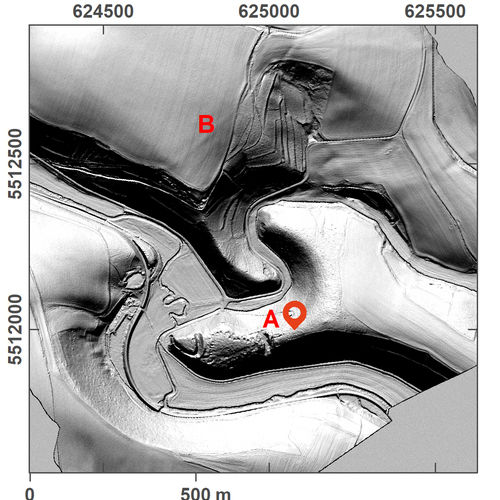