Panoramatic picture of the oppidum's top.

Thanks to its location above the Moldau (Vltava) valley, the La Tène ‘Hrazany’ oppidum is regarded one of the most beautiful sites of its kind (and must have been even more splendid before the river rose by 50 metres due to the dam construction in the 1950s). Like several other oppida, ‘Hrazany’ formed part of the Moldau River route connecting Bohemia with the Danube region. The oppidum was divided into at least four parts with a variety of structures, particularly with enclosed homesteads with residential and economic buildings, several of which had stone foundations. Iron and non-ferrous metals were also processed at the oppidum. A fortified manor was built on Červenka Hill in the Middle Ages, and Ostromeč Castle was built nearby on the end of the promontory. 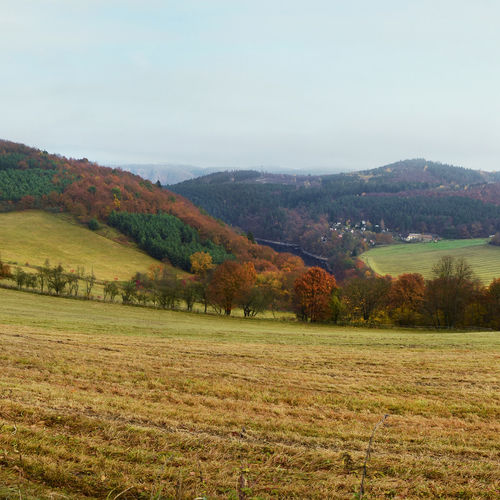 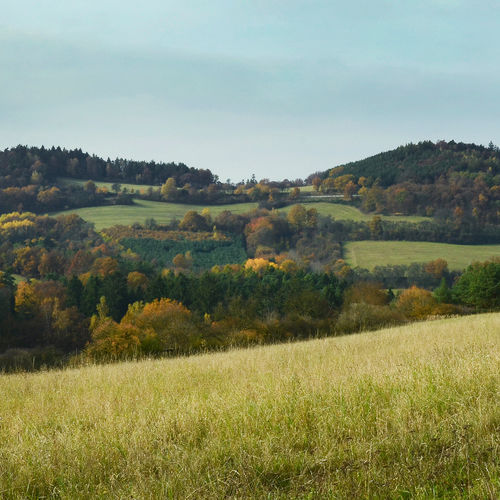 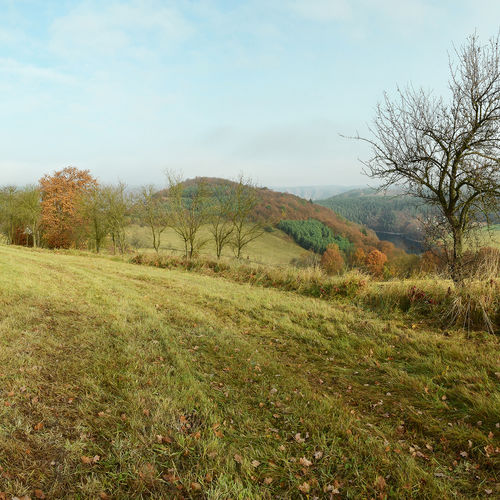 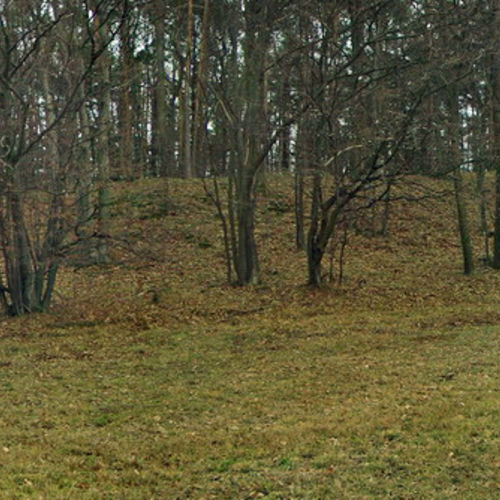 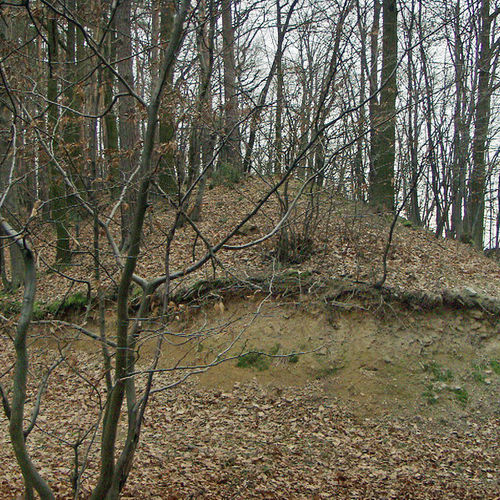 View of the interupted bank at the hill Doubí.
From web pages stredovek.com. 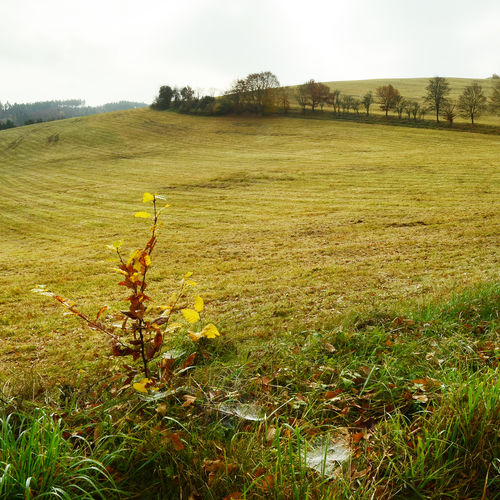 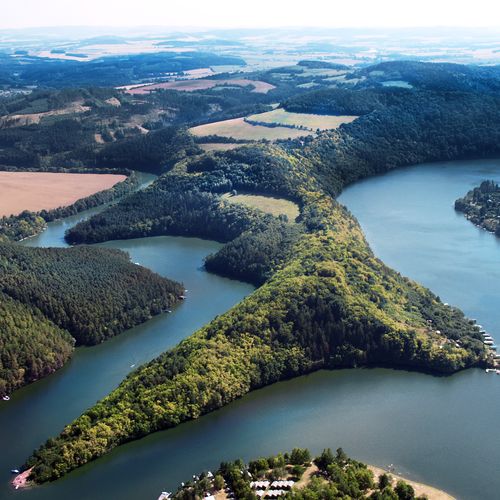 Aerial view of the promontory with oppidum, taken from no...
Photo ÚAPPSČ Prague, 2004. 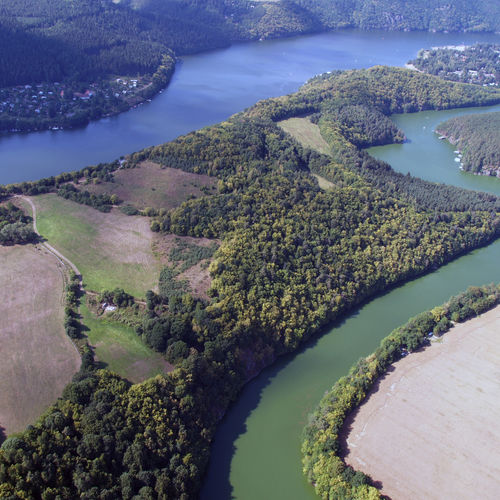 Aerial view of the hills Doubí (in the foreground) and Če...
Photo ÚAPPSČ Prague, 2004.

Map notes: A–F – gates; hollowed-out tracks were discovered during archaeological excavations at gate ‘B’ in the 1950s. Map symbols are available in the Downloads section. 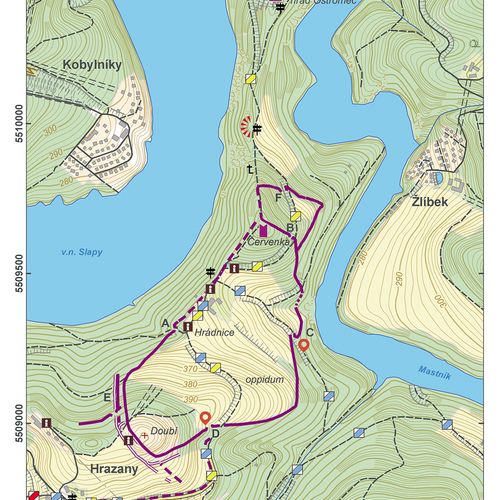