Second gate wuth a waled-in moat. Masonry of a tower-like palace is in the background.

‘Nový hrad’ (‘New Castle’) near Kunratice was the last royal structure built in the pre-Hussite period. At the beginning of the 15th century, King Wenceslaus (Václav) IV had the new royal residence built near Prague. The king stayed at the castle on a number of occasions before dying there in 1419. The garrison of his brother, King Sigismund (later Roman Emperor), took up residence at ‘Nový hrad’ beginning in 1420, and in December of this same year the castle was attacked by the Hussite army of the Prague Old and New Towns. The garrison surrendered, and the castle was subsequently burned and never again restored. Preserved in the area around the castle ruins are very interesting and well-preserved remains of the siege camp with banks, ditches and firing positions. 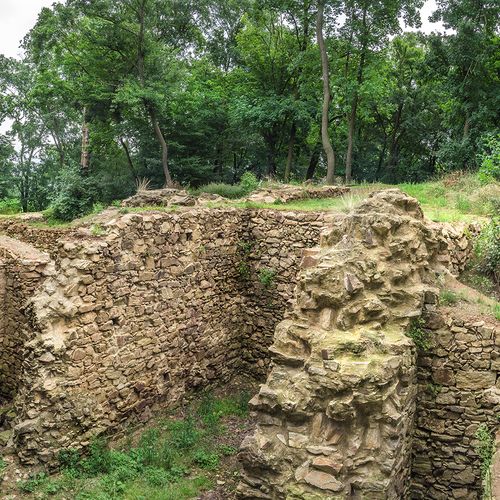 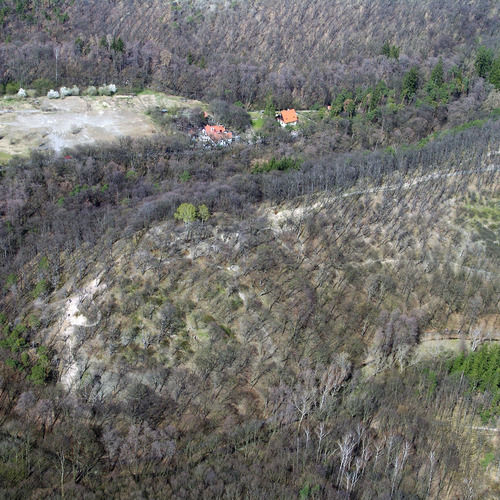 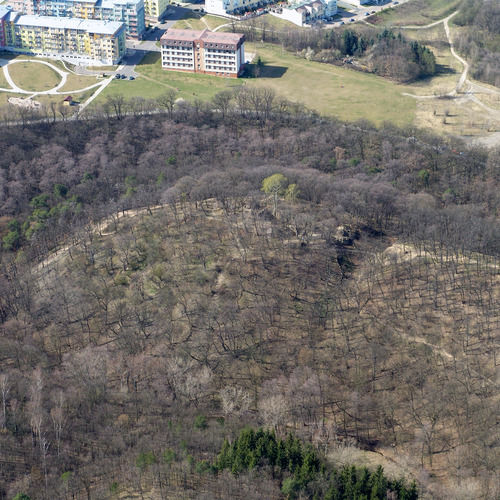 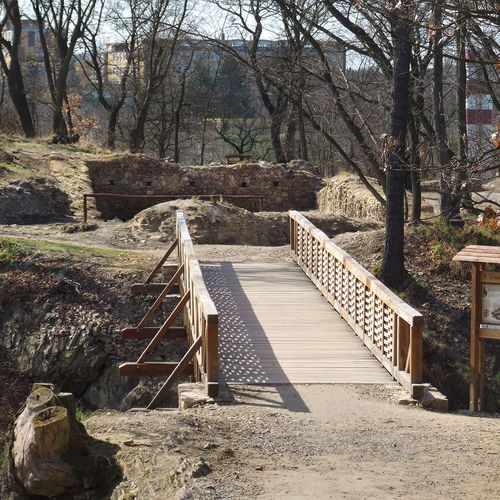 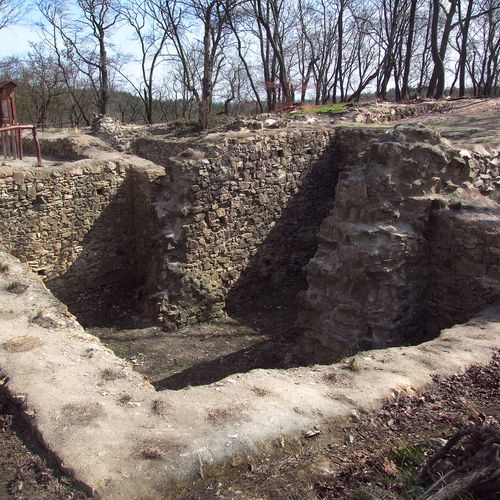 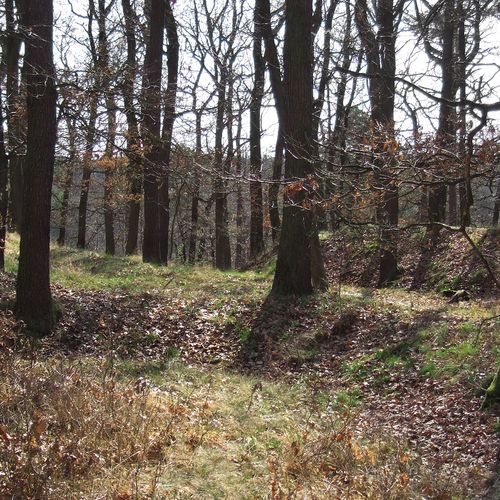 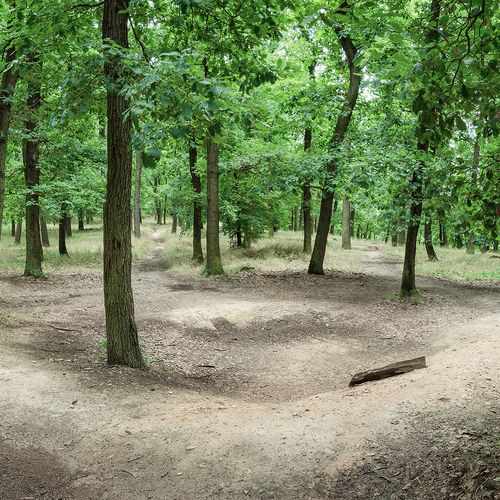 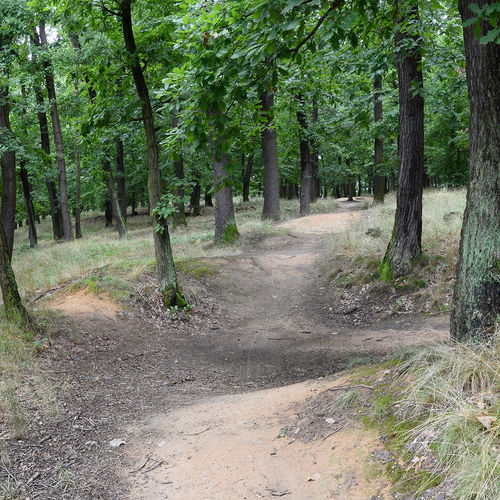 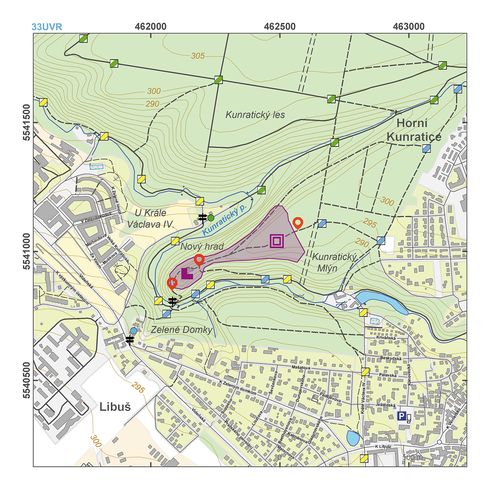 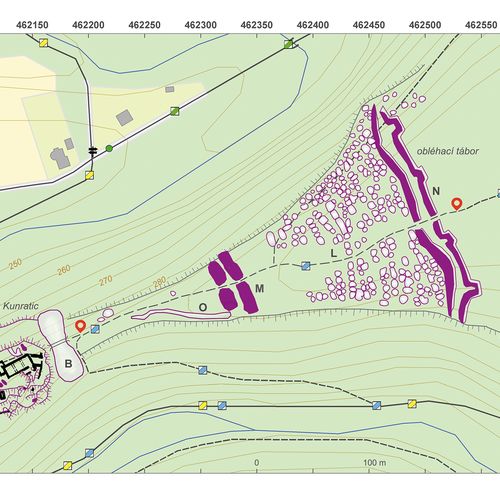 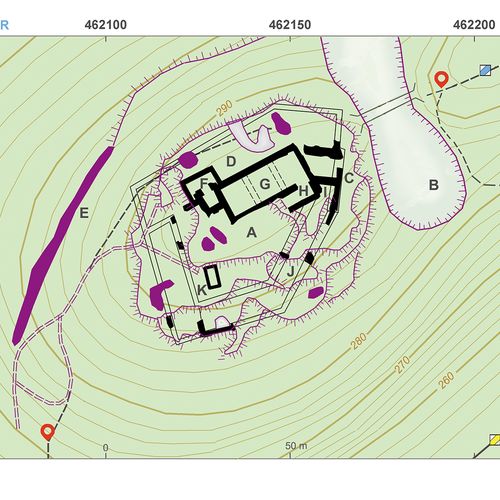 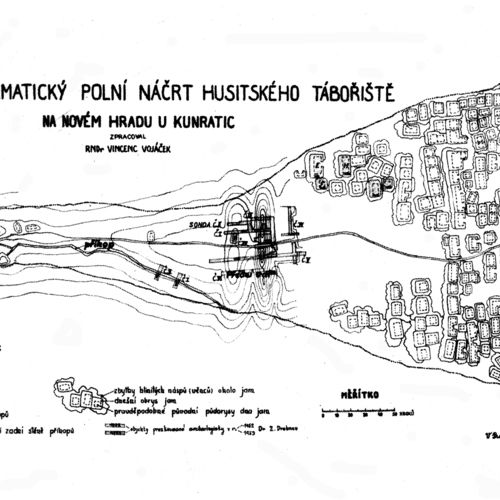 A sketch of the archaeological excavation.
After Z. Drobná, 1953.