Prague Castle, taken from the observation tower at Petřín.

The Early Medieval development of Prague Castle, to this day the centre of government and Church administration, took place between the 9th and 12th centuries. The earliest simple fortification of the ‘Hradčany’ (Gratchin) promontory appeared in the first half of the 9th century. At the end of 9th century, Prince Bořivoj had the Church of the Virgin Mary built outside the enclosed grounds. In the 10th century, the simple enclosure was replaced by a wood and earth rampart with a frontal stone screen wall, and another church – St George’s Basilica – was founded; later this church became part of the convent. Another church, the Rotunda of St Vitus, was soon built by Prince Václav (St Wenceslaus). In the 970s, the Rotunda of St Vitus became the diocese church, and the bishop’s residence was located nearby. The rotunda was rebuilt into a basilica in the 11th century. At the beginning of the 12th century, the first all-stone (called ‘Romanesque‘) rampart was built at the castle. Other excavated structures from between the 10th and 12th centuries, including the remains of wooden houses, fascine paths and the masonry of additional ecclesiastical buildings, are hidden today beneath the pavement of the Third Castle Courtyard. 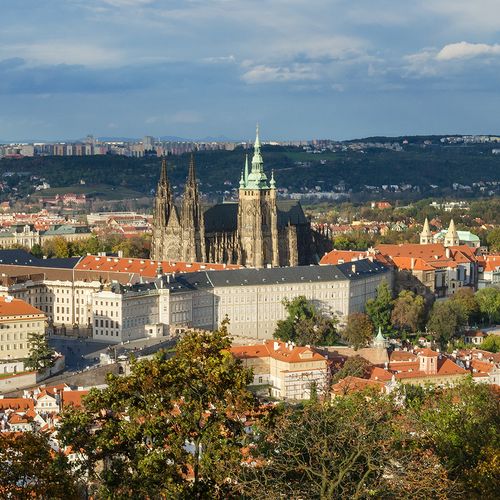 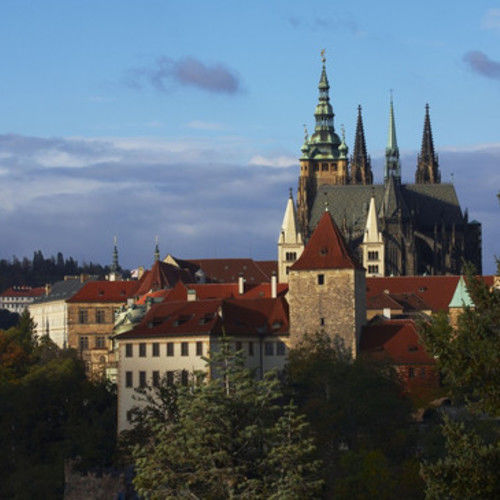 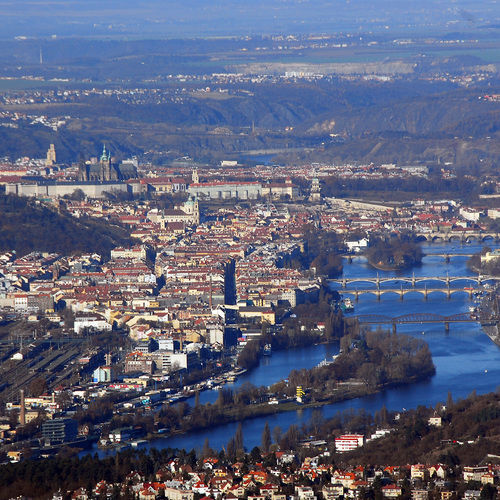 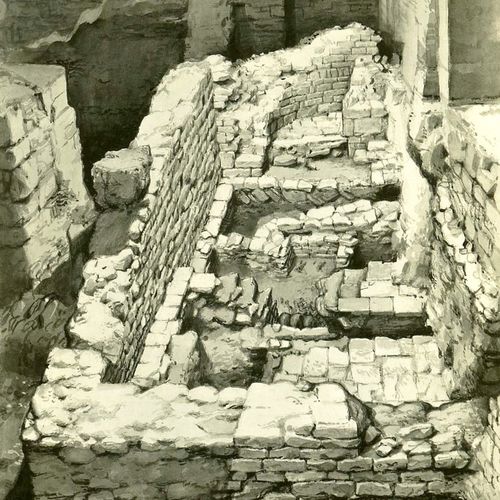 Remains of Our Lady church after its discovery in 1950.
Painting by V. Kubašta. 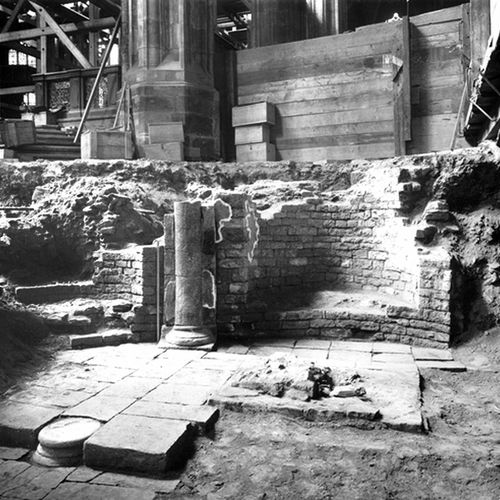 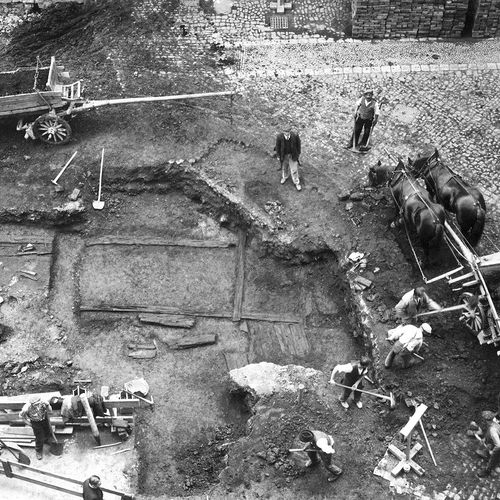 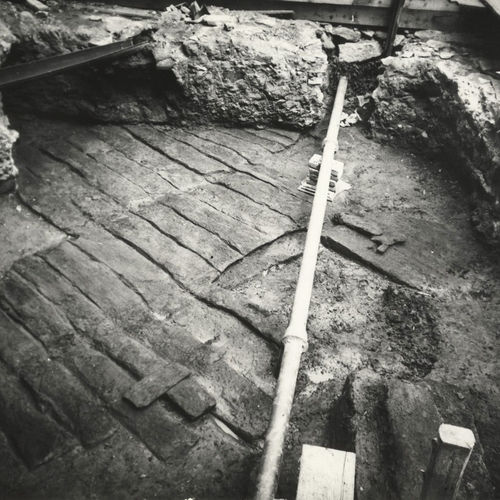 Road paved with wood from the 10th century found beneath ...
Prague Castle Archives, 1927. 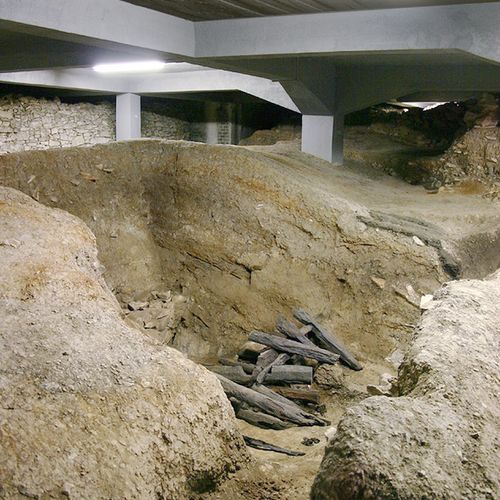 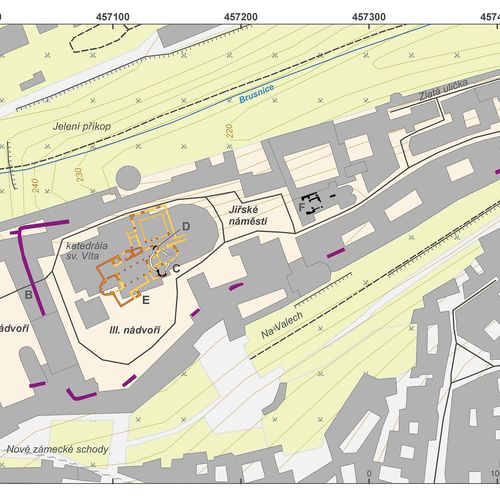