Relics of the ‘Gold Trail’, an important trade route in the Middle Ages and the Early Modern Period. Although the name ‘Gold Trail’ first appeared in the 16th century, the route was in operation as early as in the 10th century, and similar routes were even used in prehistoric times. The main trade article was salt, which was transported from Passau to south Bohemia. The operation of the trail was therefore limited following the Thirty Years´ War, when the Habsburgs gave preference to salt from Austria. The oldest section of the trail is the Prachatice branch; its remains situated on the slopes of Mt Libín and Mt Černá belong to the best preserved and accessible parts. 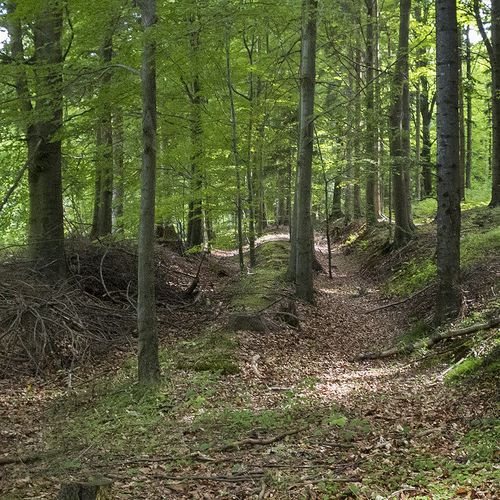 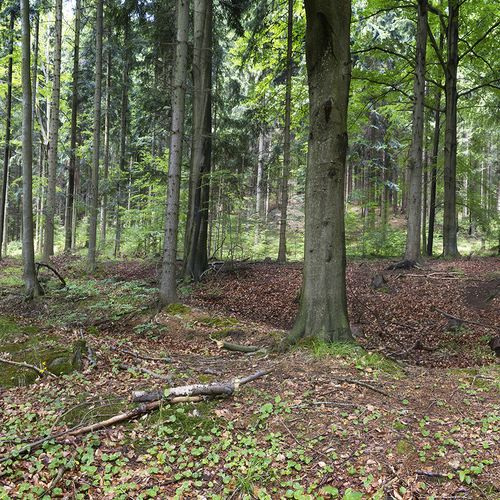 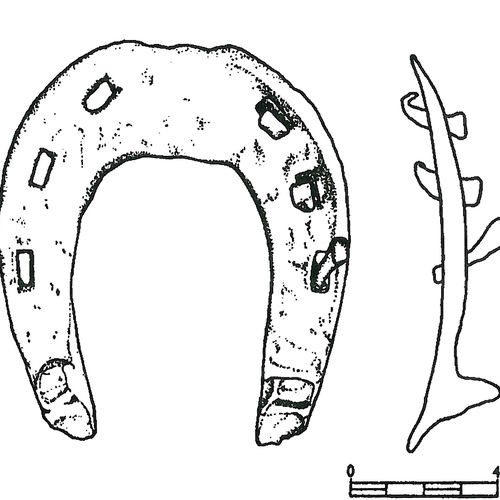 A horse shoe found in the area of Gold Trail.
After Kubů – Zavřel 2007. 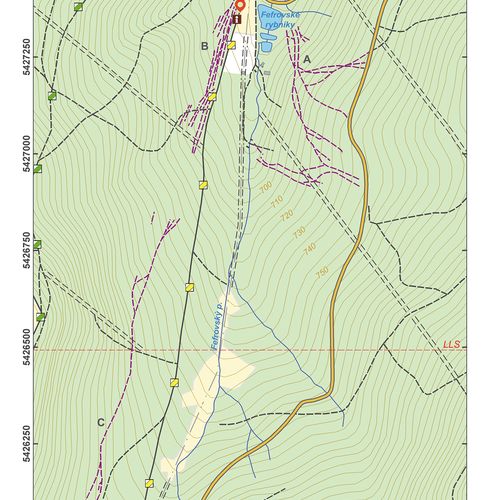