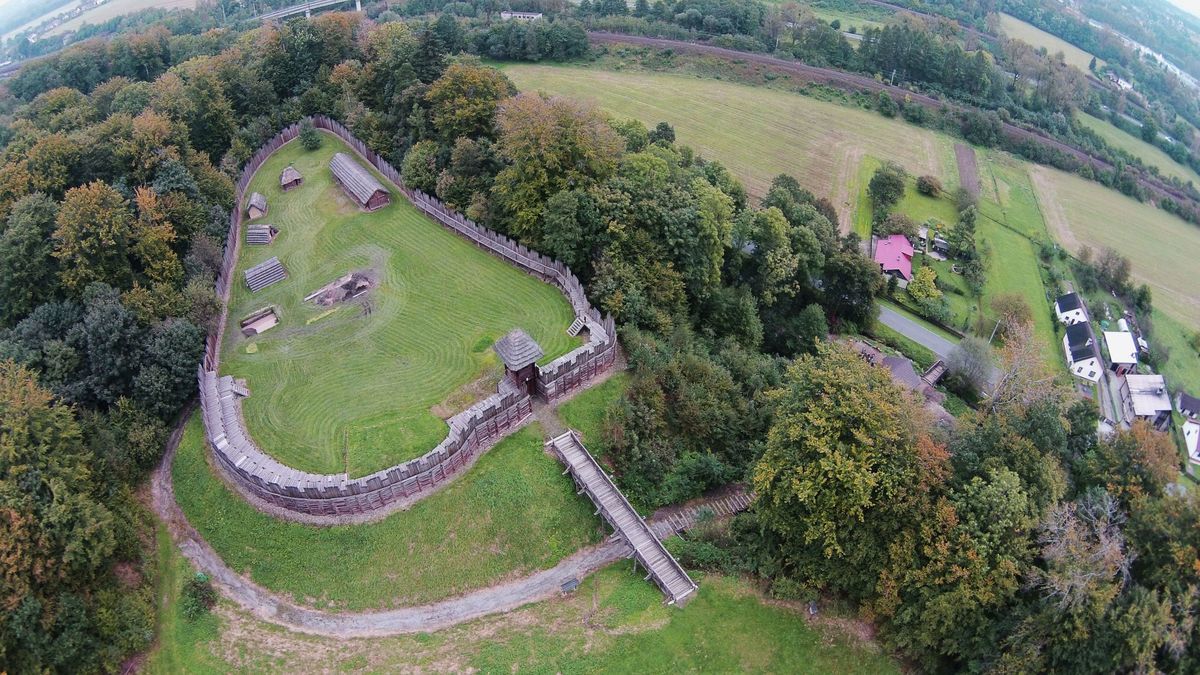 Chotěbuz-Podobora. Aerial photo of the acropolis and modern archaeological park from the south-east.

The Chotěbuz-Podobora stronghold is situated about 2 km north-east of the centre of the town of Chotěbuz, on an elevated promontory above the Olza River close to what was an important trade route. Archaeological finds from the site were first mentioned in the 19th century but no archaeological fieldwork was conducted until the 1950s. The systematic excavation started in 1978 and is still ongoing. It is a multi-cultural site settled from the Final Bronze Age (Silesian phase of the Lusatian Urnfield culture) to the Hallstatt period (Platěnice culture) and then again in the Early Middle Ages when it reached its maximum extent. The Slavic settlement can be dated from the mid-8th to the beginning of the 11th century AD. The area consists of two outer baileys and an acropolis. The fortified complex is about 1.7 ha large and about 400 metres wide. Among the finds, the dwellings and production facilities with a number of artefacts deserve particular mention. The site is occupied today by a vast archaeological park.

Chotěbuz-Podobora. Aerial photo of the acropolis and mode...
Archive of the AIB, 2009. 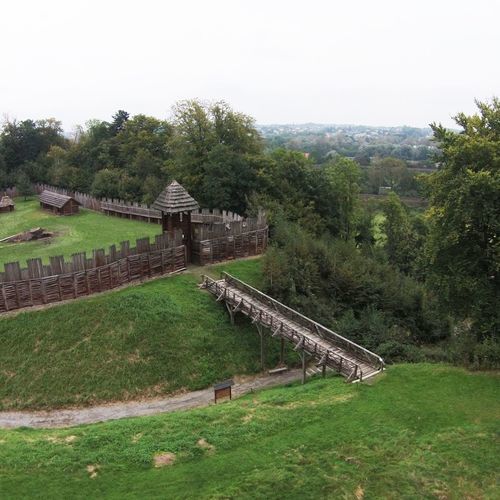 Chotěbuz-Podobora. View of the acropolis from the first o...
Archive of the AIB, 2009. 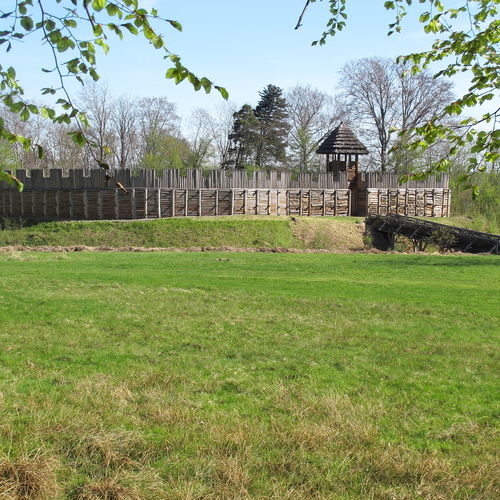 View of the stronghold acropolis and the modern archaeolo...
Museum of Těšín, photographic archive, 2013. 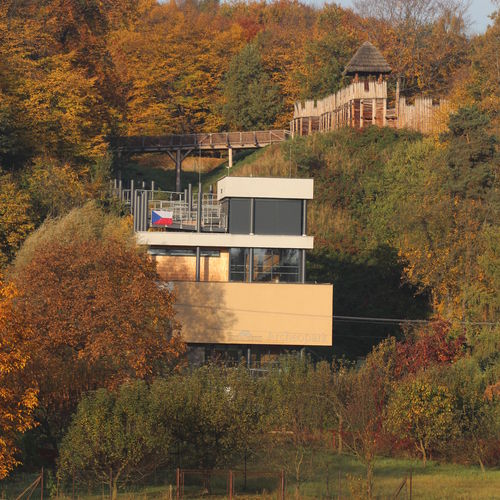 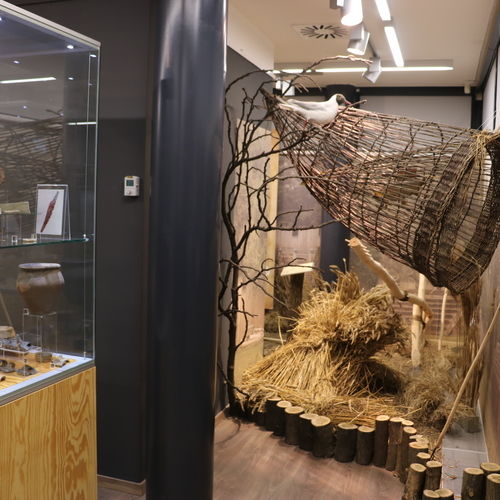 Exhibition on archaeology and natural history in the entr...
Museum of Těšín, photographic archive, 2019. 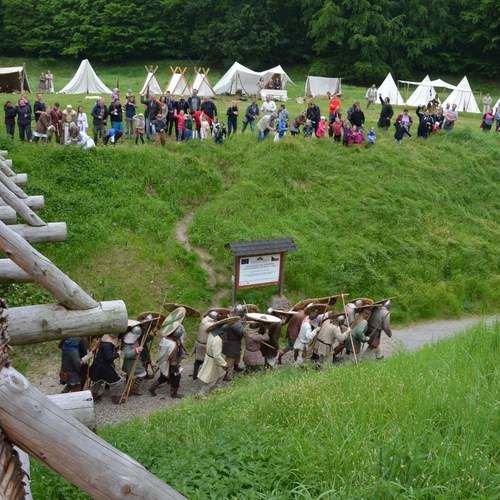 Public event presenting the life of the Slavs.
Museum of Těšín, photographic archive, 2013. 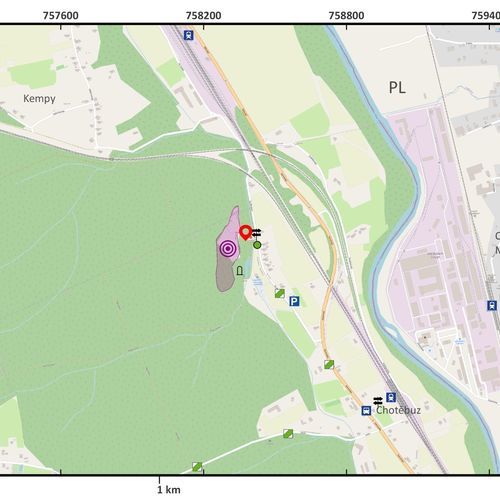 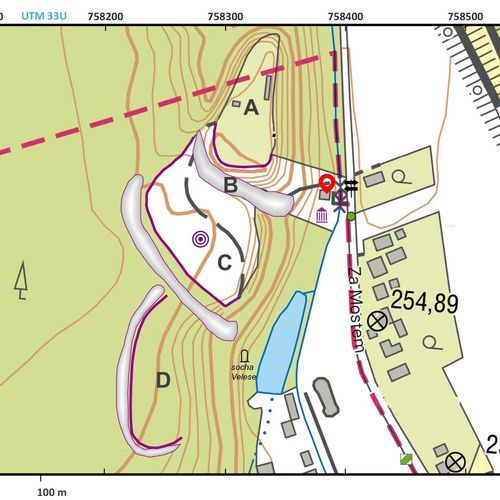 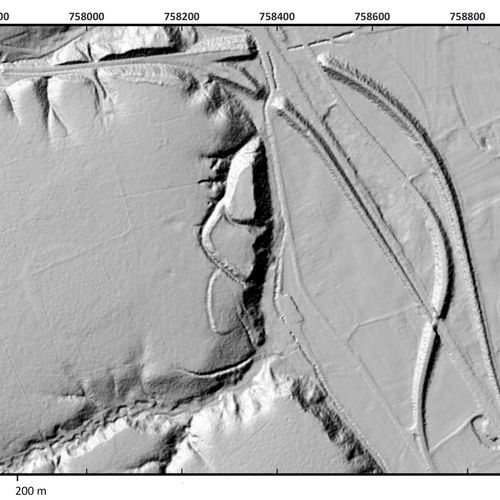 Physical relief model of the site.
Edited by A. Gašpar, 2020.