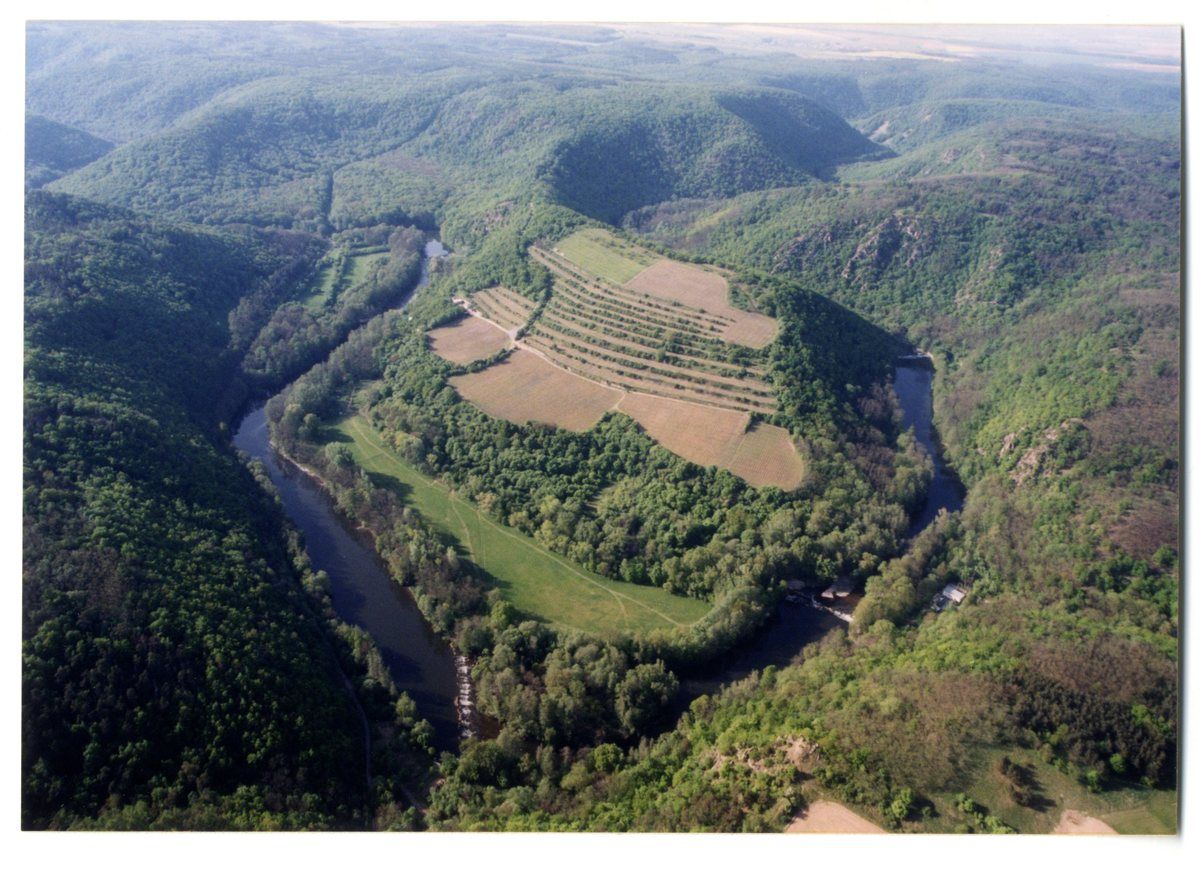 The 17-ha multicultural hilltop settlement, a fortified settlement of Šobes was inhabited in various periods from prehistory to the Early Middle Ages; the settlement culminated in the Late and Final Bronze Ages. This administrative centre and centre of handcraft was situated at a crossing of trade routes. It was discovered in the 1980s while establishing a vineyard; in 2000, a total of 150 m2 were excavated in 11 trench pits. 15 years later, 70 sunken features and stone walls were studied in the southern-most part of the settlement. 90 % of the Šobes spur are surrounded by a meander of the Dyje River. To the north, it is protected by an earthwork with wooden framework and at least one neck ditch carved into the rock. The Bronze Age settlement probably vanished after a large fire attested by archaeological finds. Today, there is a vineyard in the area of the fortified settlement. 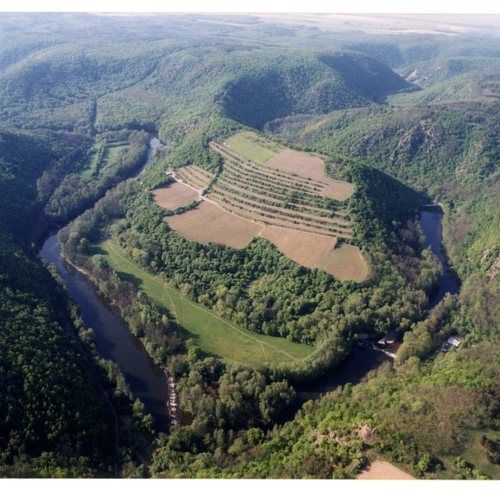 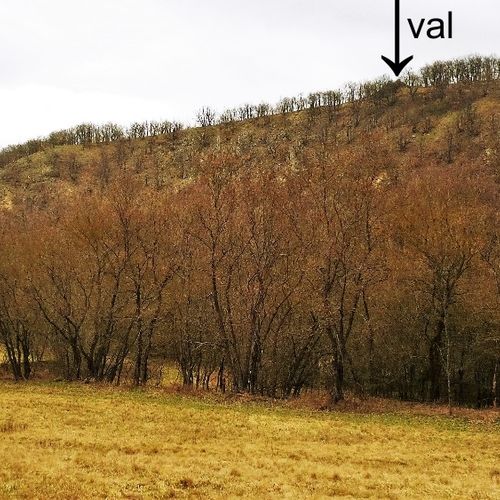 View of the hillfort with earthwork, marked with an arrow.
Photo D. Svoboda, 2015. 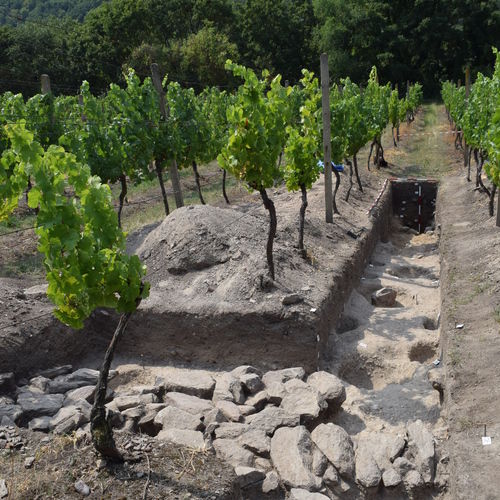 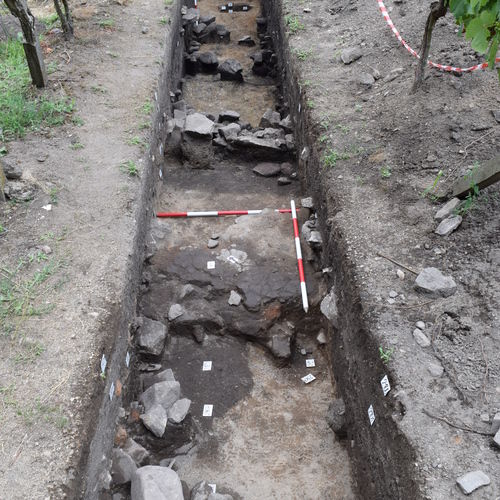 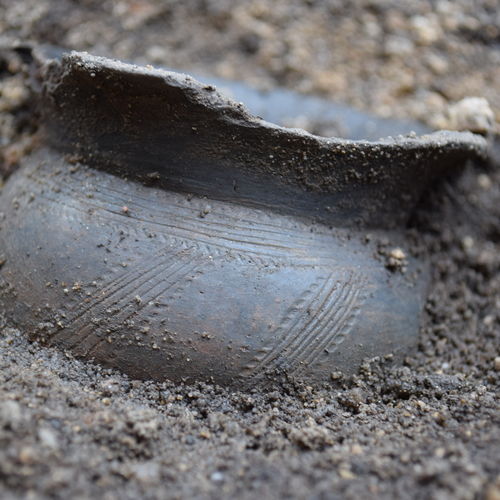 Cup of the Danubian Barrow culture in situ before being l...
Photo D. Rožnovský, 2015.

Map notes: A – earthwork of wood, earth and rocks; B, C – ditches; D – entrance gate. Map symbols are available in the Downloads section. 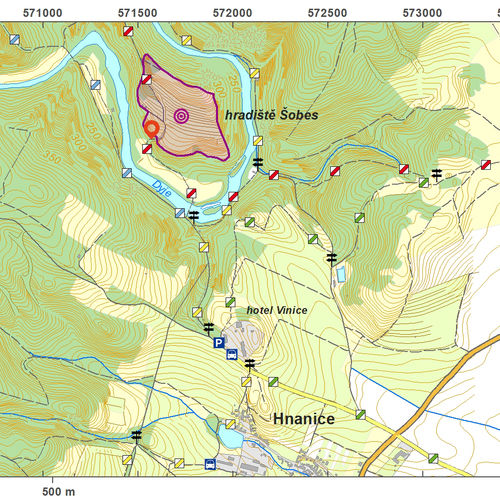 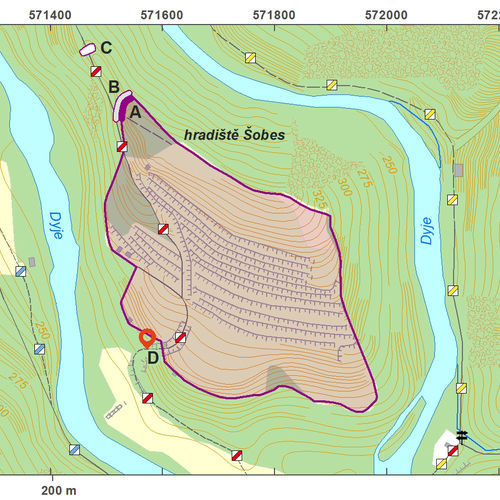