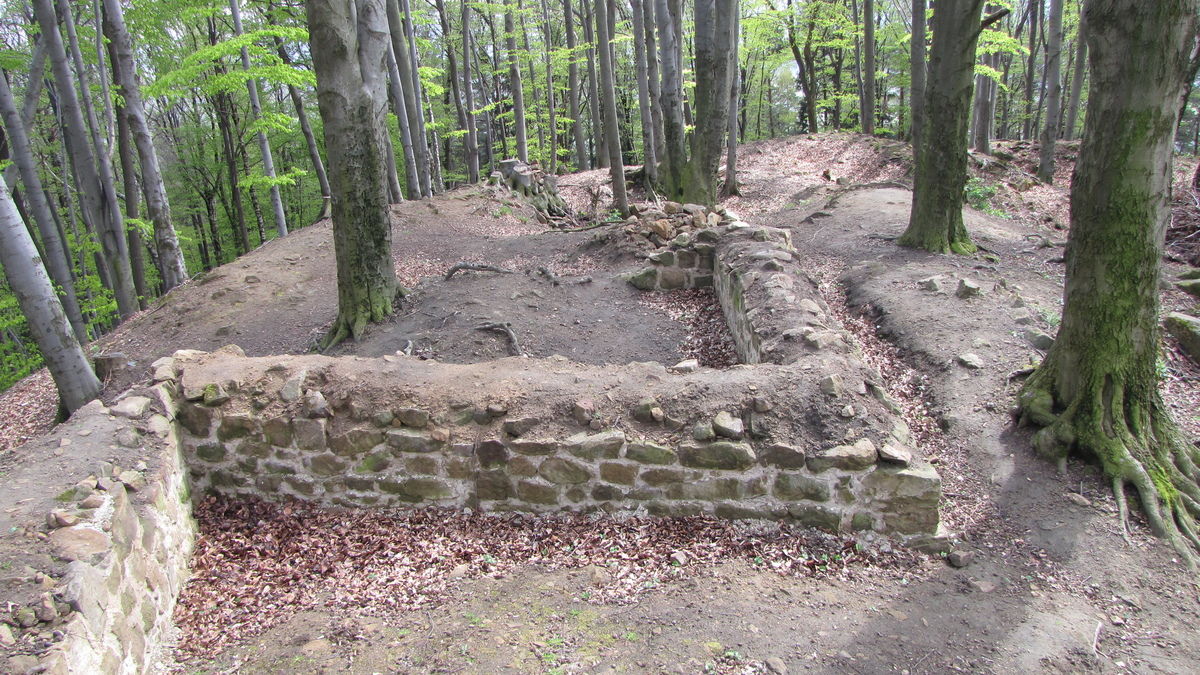 View of the residential building in the castle.

The vast ruins of the medieval castle of Starý Světlov include well visible adjustments of the landscape and remains of the walls. In the 15th century, this was an important strategic and military facility of south-east Moravia. The first records mentioning the castle are dated back to 1360; in 1517, it is already referred to as deserted. The core was surrounded by an enceinte, which has partially survived on the north-west and south side. From the west, north and east, the upper ward is surrounded by a 5-m-broad zwinger. The whole site was fortified with a ca 15-m-deep moat (today preserved depth is 5 m) and a mighty outer earthwork with a preserved height of more than 5 m. The archaeological excavation has uncovered the remains of a four-room residential building. The western lower ward contained wooden service buildings. The conservation and renovation of the remains of walled constructions has been going on since 2013. 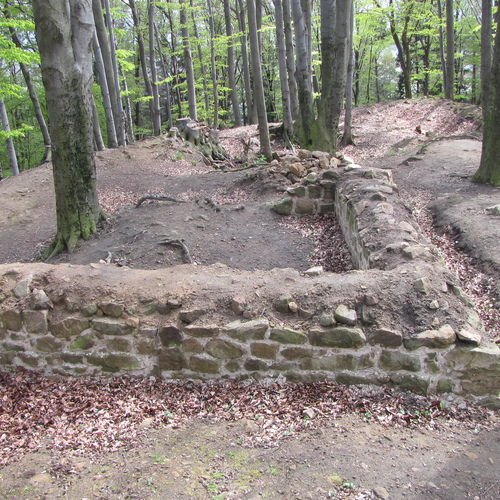 View of the residential building in the castle.
Photo R. Vrla, 2013. 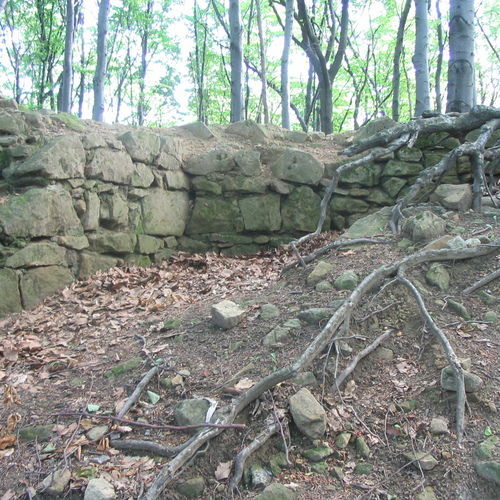 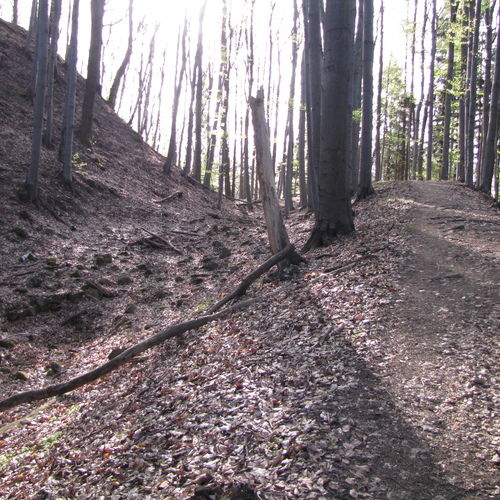 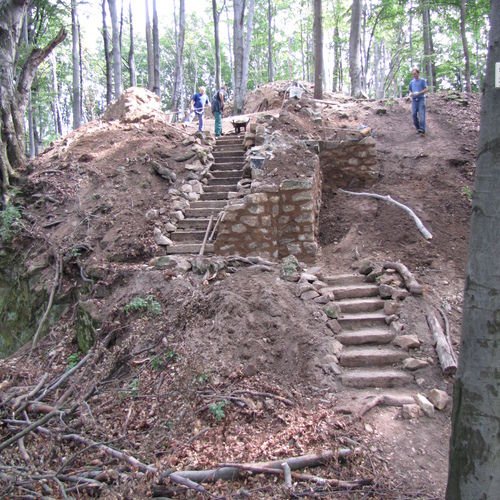 Gateway on the south-western side of the upper ward durin...
Photo R. Vrla, 2013. 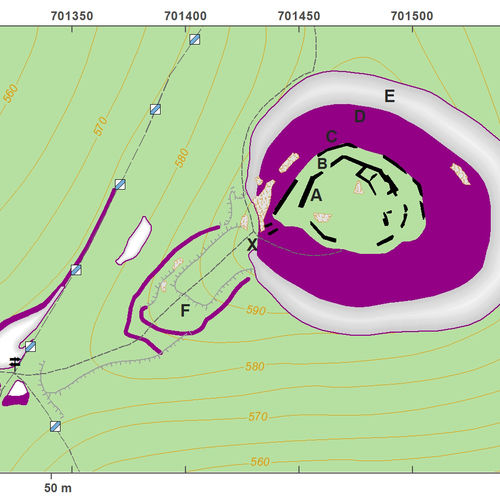