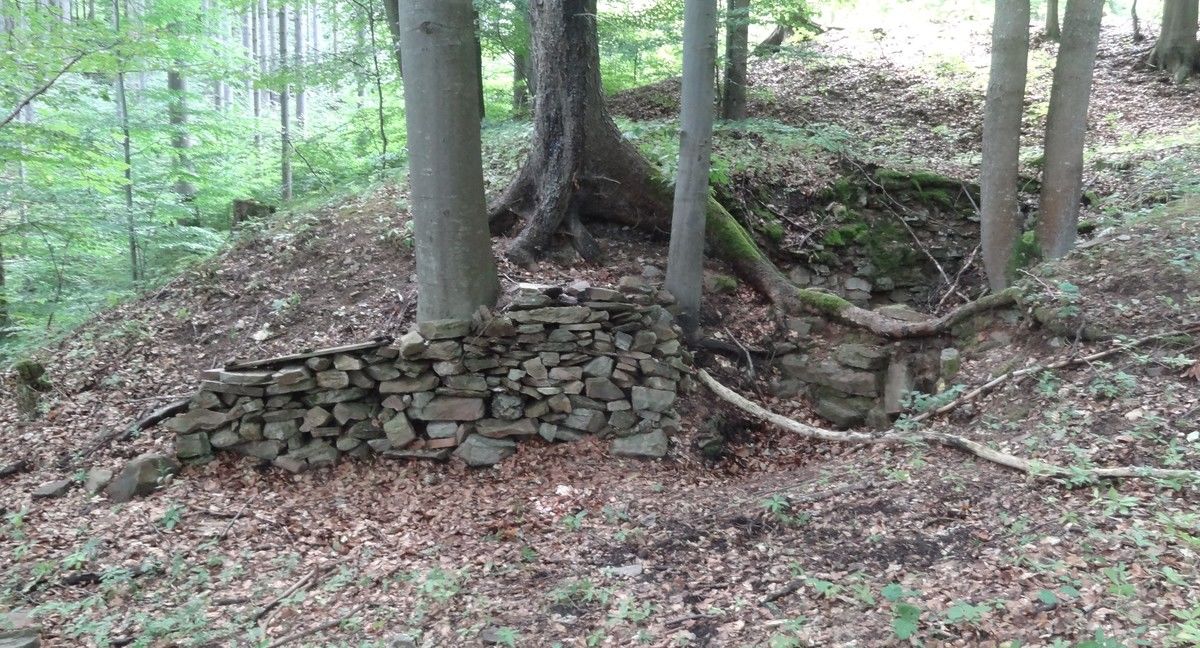 Fragments of the stone construction of the kiln in the terrain.

The medieval lime kiln near the ruins of Pyšolec Castle belongs to a production facility that has shaped the local forest landscape. The castle developed in the first third of the 14th century; in the 2nd half of the 15th century, it is already described as deserted. Today, we can especially see the deep neck ditch, behind which the narrow lower ward lay. It seems to have mainly served defensive purposes. The castle itself was created as a two-storey residential building with the remains of a cylindrical, tower-like bergfried of 9.5 m in diameter. The production area is composed of a number of parts: the lime kilns (discovered during the archaeological excavation in 2010), mining and slag heaps, mining pits, clay pits and charcoal piles. Today, they appear as anthropogenic depressions in the ground. 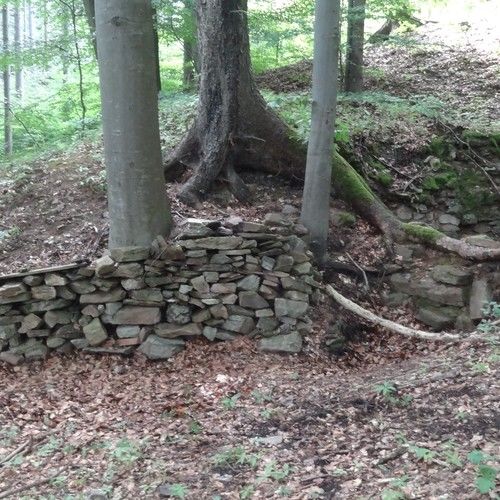 Fragments of the stone construction of the kiln in the te...
Photo A. Knechtová, 2015. 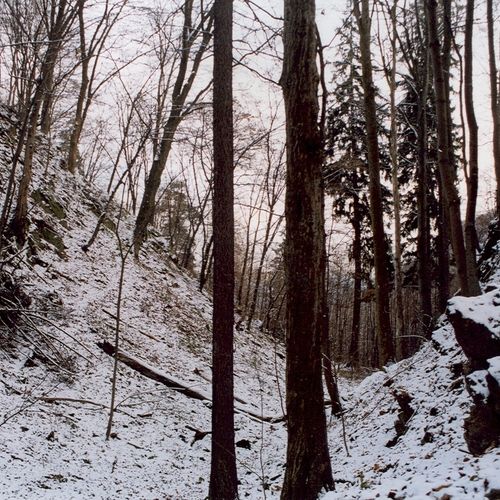 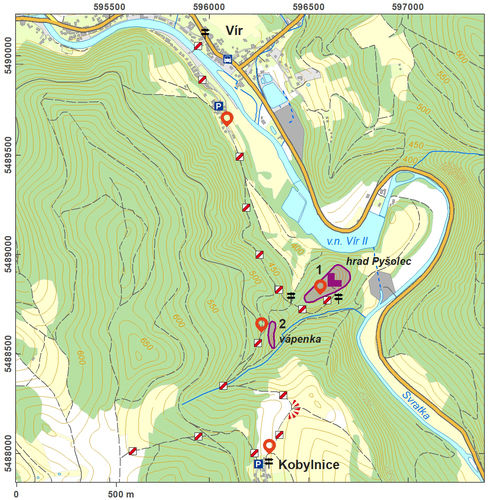 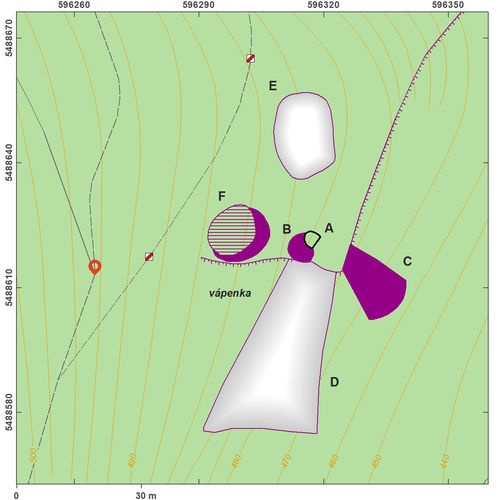