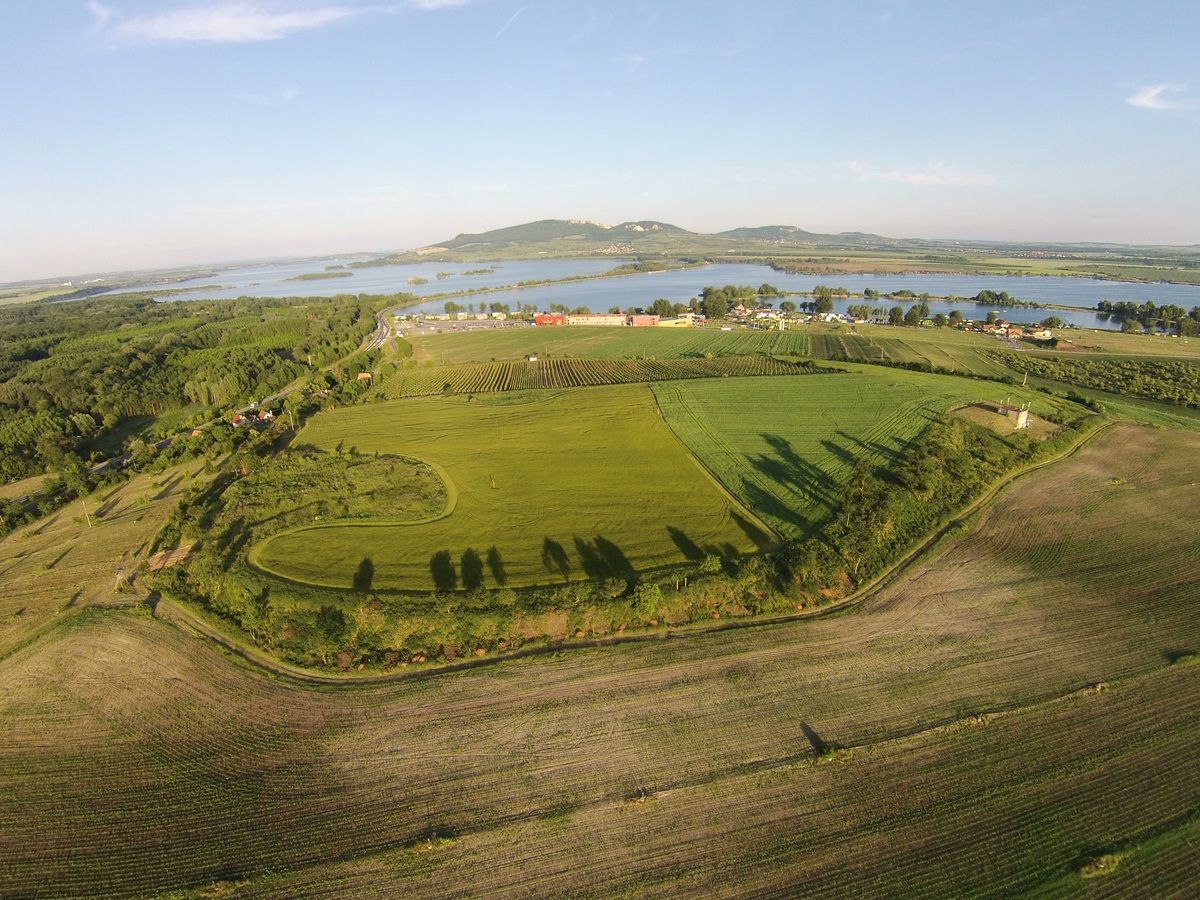 View of the site from a drone, from the north-west, with the Pálava Hills in the background.

The archaeological site of Hradisko (“hillfort”) near Mušov is situated on the northern bank of the Nové Mlýny Reservoirs, on a slightly elevated promontory, originally above the alluvial plain around the confluence of the rivers Dyje, Jihlava and Svratka. The first archaeologically evidenced traces of human presence stem from the Early Bronze Age. However, the most important archaeological element is represented by features and finds that witness the presence of the Roman army and their accompaniment in the first centuries AD, mainly from the time of the Marcomannic Wars (AD 166–180). The area with Roman buildings and fortifications covers a surface of almost 32 ha. A large wall is situated in the northern part of Hradisko, a quarter with Roman craftsmen that was discovered on the eastern slope with the foundations of large wooden buildings among others. Gates, residential buildings and a military hospital were found in the lower parts of the southern and south-eastern slope. In recent years, educational trails were installed and in July 2020 the “Mušov – Gateway to the Roman Empire” Visitor Centre was opened. 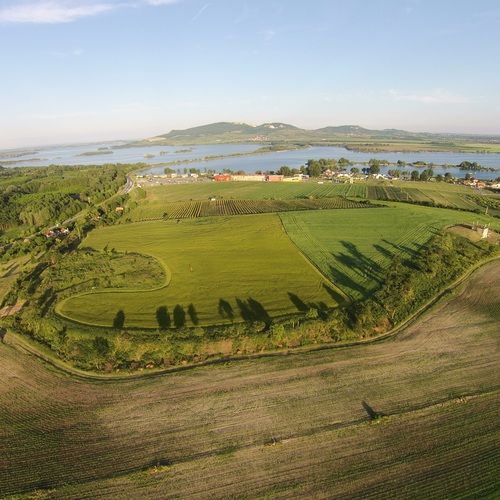 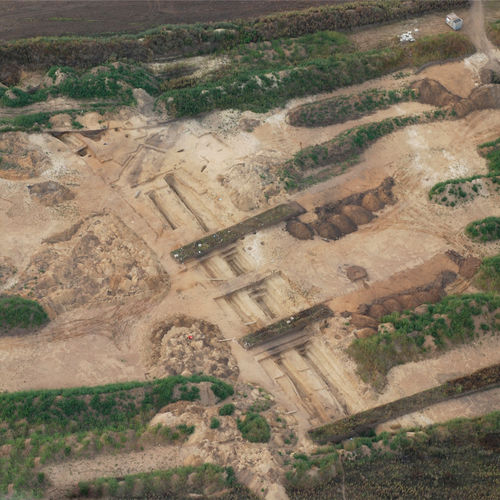 Aerial photo of the archaeological excavation beneath wha...
Archive of the AIB, 2012. 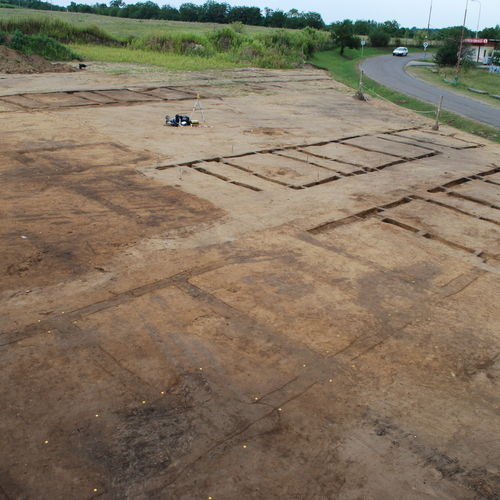 Excavated area near today’s water park with partially unc...
Archive of the AIB, 2009. 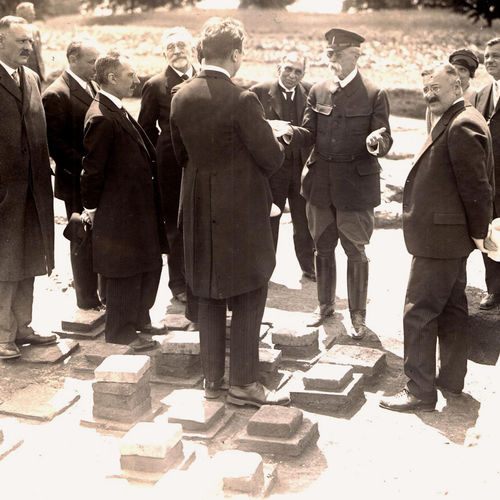 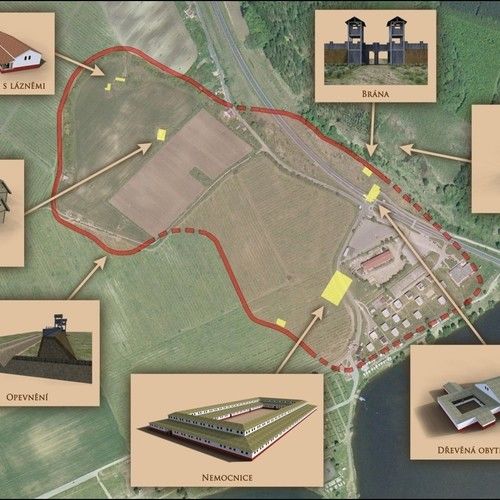 Aerial photo of Hradisko with a visualisation of the unco...
Archive of the AIB, 2018. 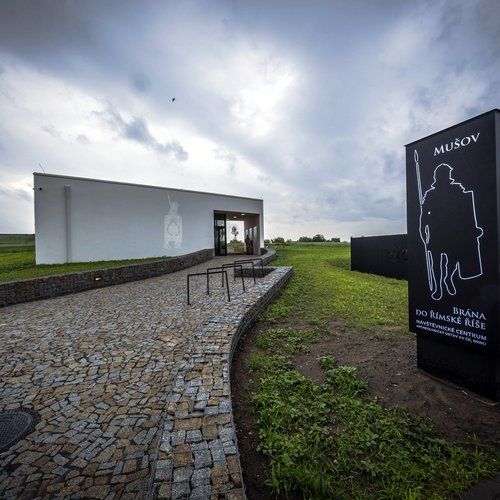 Visitor Centre Mušov – Gateway to the Roman Empire.
Archive of the AIB, 2020.

Stops for the educational panels. Trail marked in red: I – All roads lead to Rome; II – On the walls; III – Our first baths; IV – Workshops; V – As far as the eye can see; VI – Hradisko near Mušov; VII – Port Gate; VIII – Care for the wounded; IX – First Roman in Moravia (?); X – Do you know who camped here before you? Trail marked with green: I – Who did the Romans meet here?; II – Germans and Romans, enemies, rivals and neighbours; III – Wealth taken to the grave; IV – Pasohlávky, German settlement of the Roman imperial period; V – He can do this, and he can do that… German craftsmen; VI – Houses of the Germans; VII – The past under water; VIII – Pasohlávky, story archive. Map symbols are available in the Downloads section. 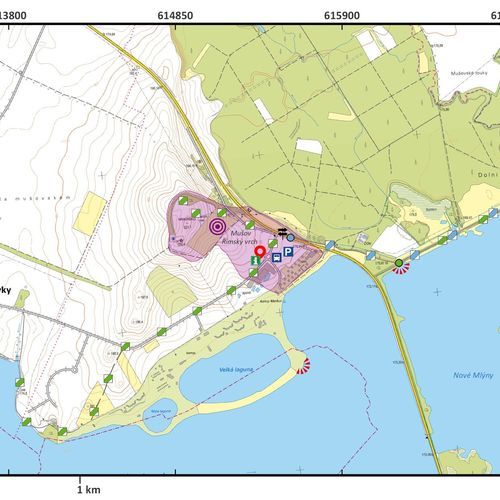 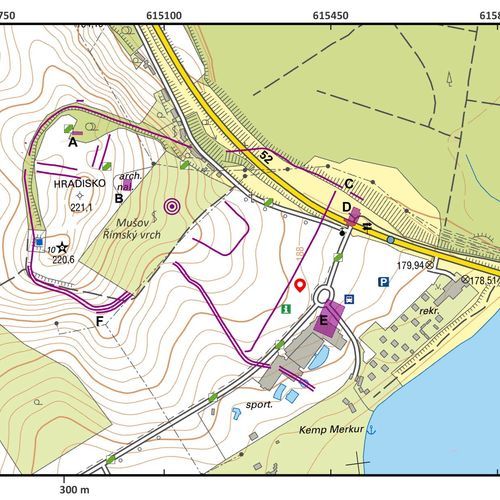 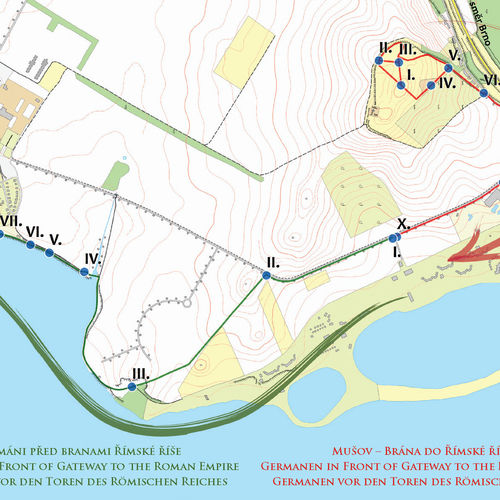 Map with the “Mušov – Gateway to the Roman Empire” educational trail with the...
After Komoróczy et al. 2016.