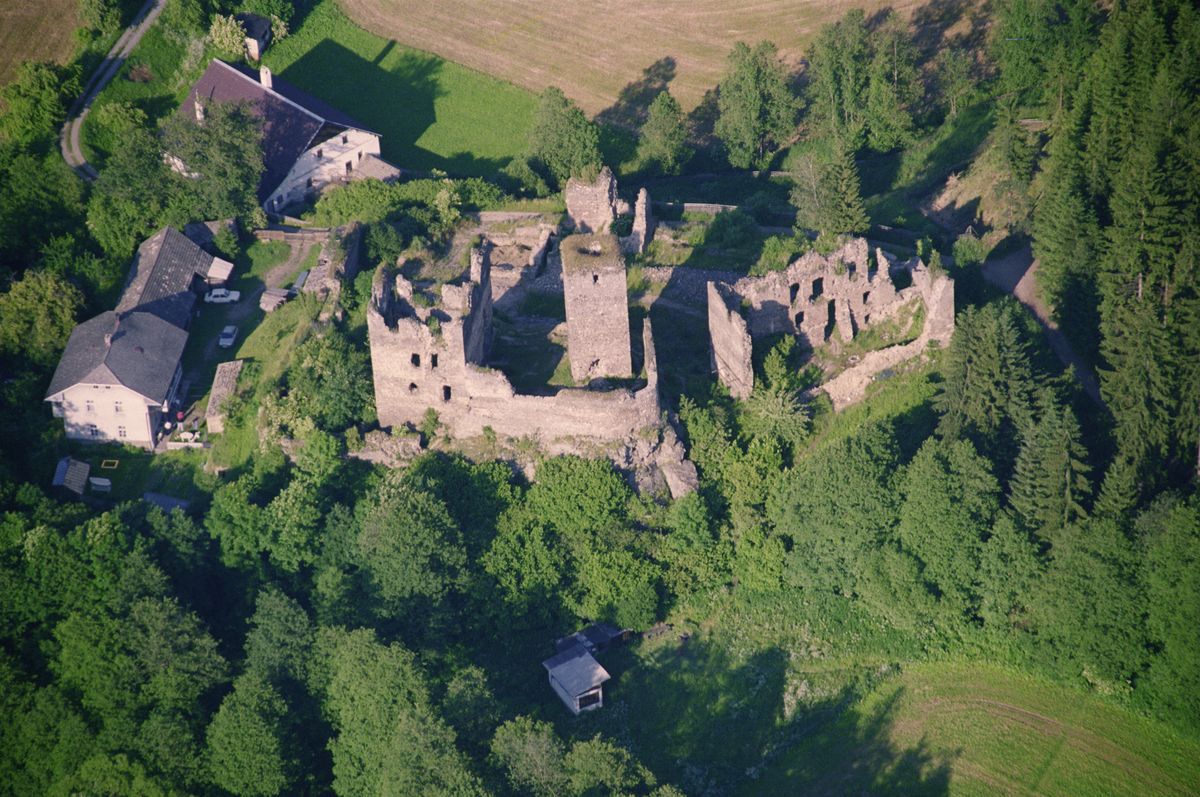 The remains of the medieval Rokštejn Castle spread over a monadnock above the River Brtnice. Its beginnings date back to the last third of the 13th century when it replaced the original seat of the Ruthenstein family in Střížov. The castle consists of an upper and a lower ward and a northern outer bailey connected with the original zwingers, which are divided by the road from Panská Lhota to Přímělkov. The upper ward has a subtle polygonal tower from the beginning of the 14th century, which originally served as a dwelling and replaced an older wooden tower construction on a stone foundation defended by a stone wall. At the beginning of the 14th century, another polygonal tower was added to the fortification of the lower ward, which was subsequently incorporated into the later system of fortification walls. Under the Moravian Margrave Jan Jindřich, a radical reconstruction saw the erection of two residential buildings. After 1400, the castle was in the possession of the Valdštejn (Waldstein) family, who had moved to Brtnice Castle after the capture of Rokštejn in 1467. Siege positions were archaeologically evidenced in the surroundings of the castle. At the time of the margraves, the castle housed a blacksmith’s workshop and a bakery. Under the Waldsteins, the bakery was replaced with a kitchen and a new bakery installed near the entrance to the lower ward. Since 2004, the preserved walls have gradually been renovated and partially reconstructed. Today, the area of the castle is smaller; the northern outer bailey was built up with the residential buildings of the former modern mill. Systematic excavation has been conducted there since 1981. 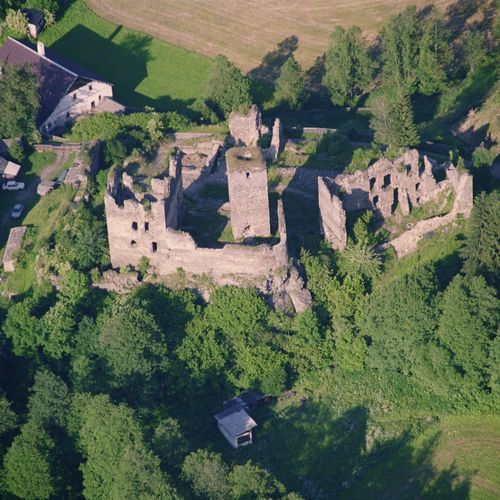 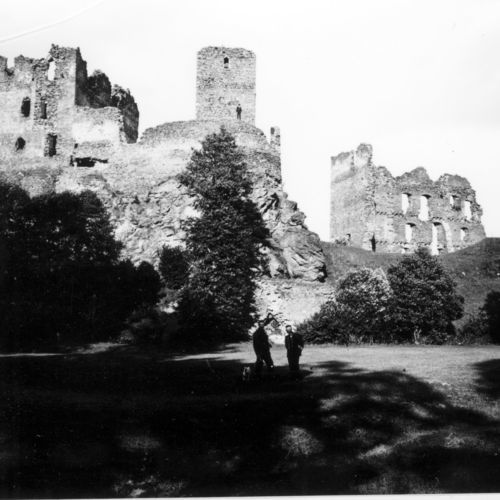 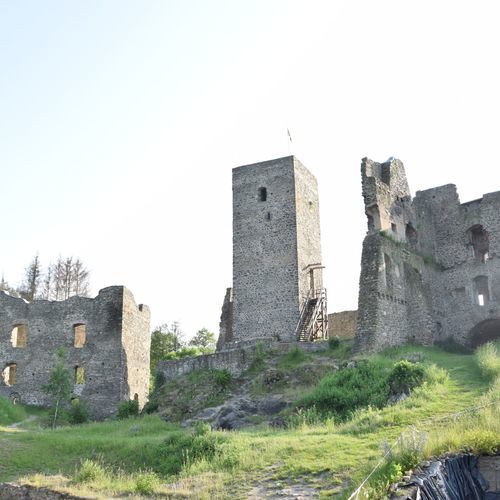 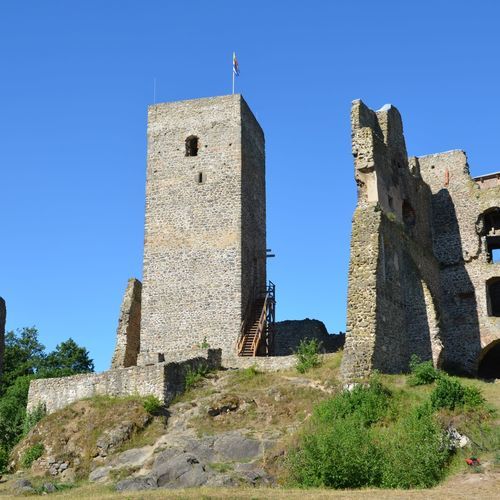 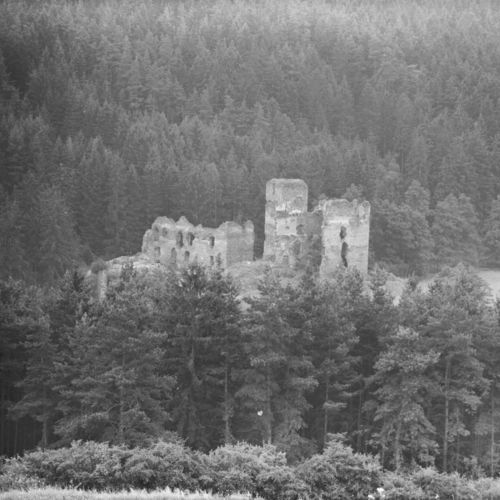 Aerial photo of Rokštejn Castle in 1981; from the north-e...
Archive FA DAM Brno. 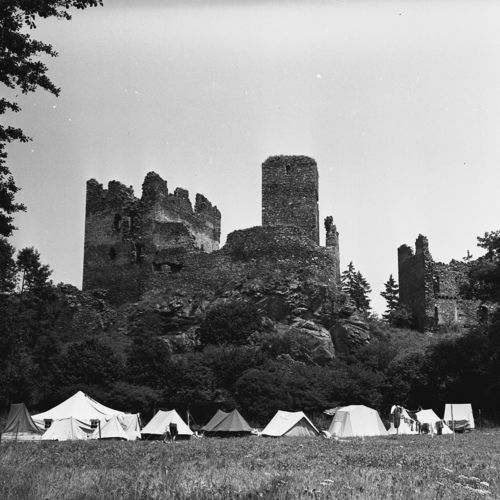 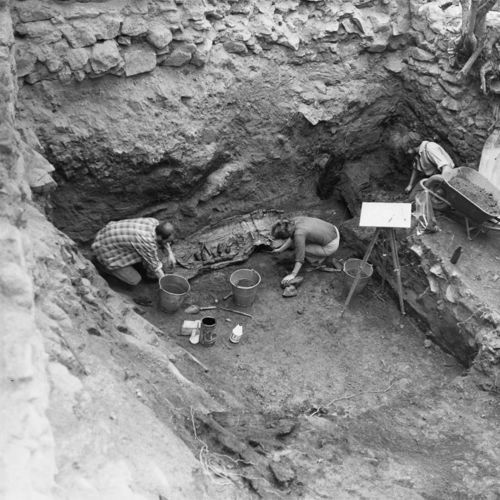 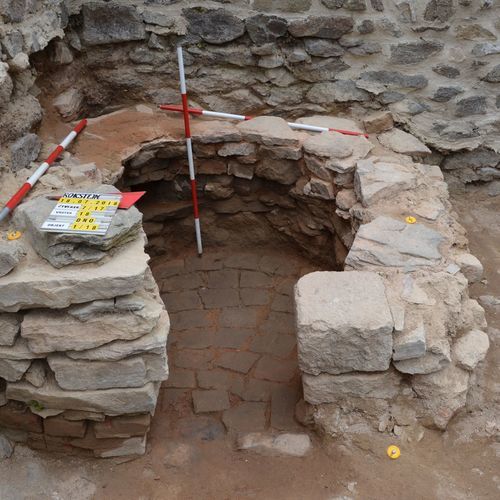 Remains of an oven at the gate of the lower ward.
Archive FA DAM Brno. 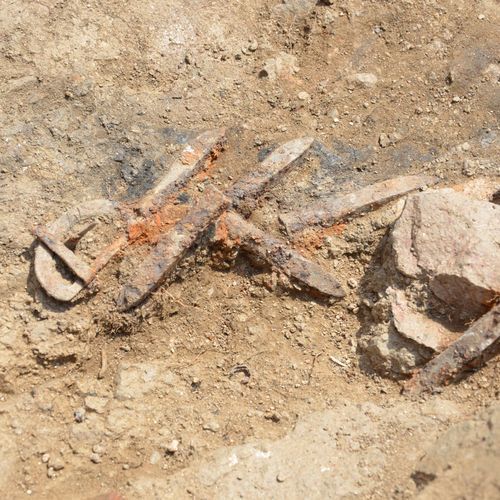 Remains of a quiver found during the 2017 archaeological ...
Archive FA DAM Brno. 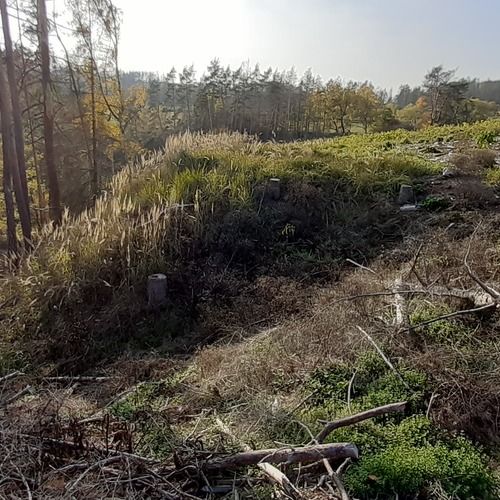 One of the siege positions in the surroundings of Rokštej...
Archive FA DAM Brno. 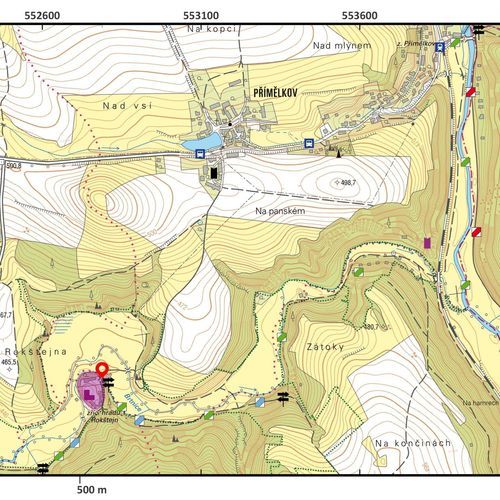 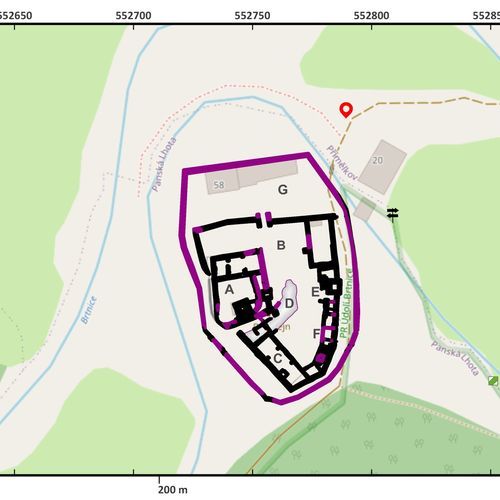