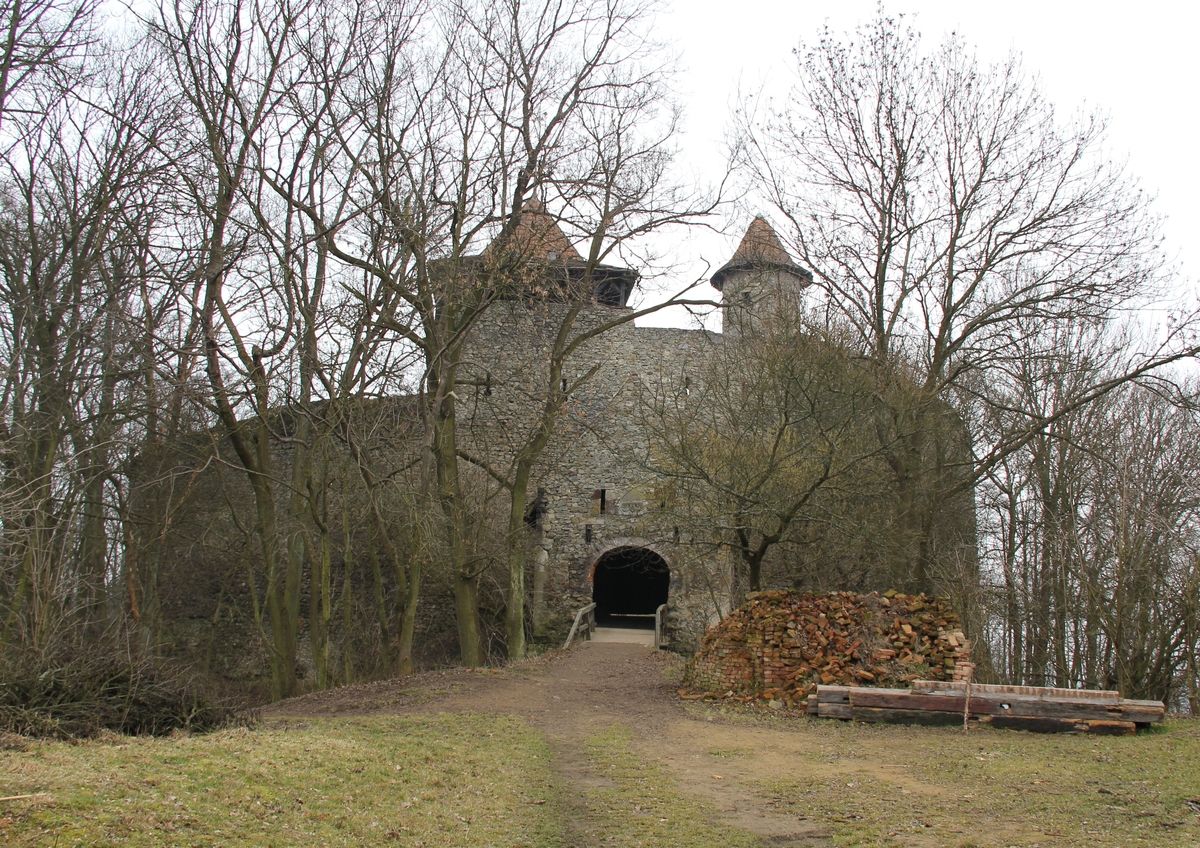 View of Nový hrad from the north.

Nový hrad ('New Castle') represents an example of a gradual fortification of a high medieval settlement. It is an assemblage of high medieval castle and romantic arrangement of outer fortification, which developed in place of a former siege bastion and provides evidence of military architecture of the Late Middle Ages. For the first time, the castle was mentioned in 1381. Besieged by Hungarian troops in the 2nd half of the 15th century, six siege bastions were erected. In the mid-15th century it was deserted; a massive romantic octagonal tower was added at the beginning of the 19th century. The area of the old Nový hrad consists of upper and lower ward. The area of the new Nový hrad is situated 300 m farther away and composed of the, almost entirely preserved, polygonal enceinte with monumental ditch. The siege fortifications are situated at the outer face of the ditch. 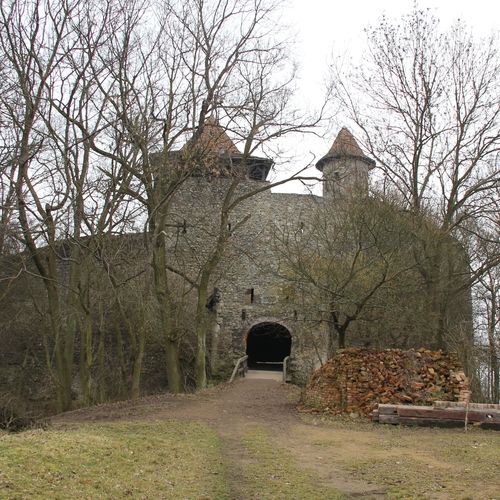 View of Nový hrad from the north.
Photo L. Kundera. 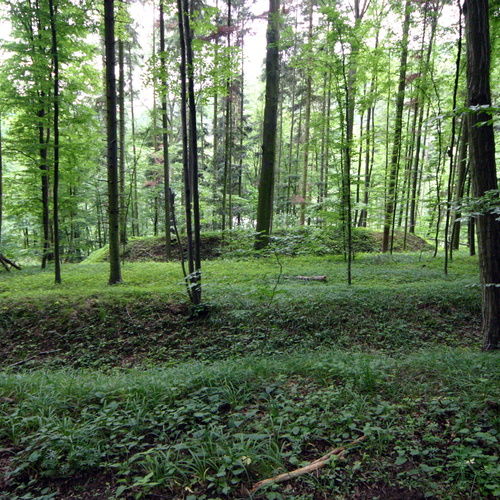 View of one of the siege fortifications.
Photo D. Merta, 2009. 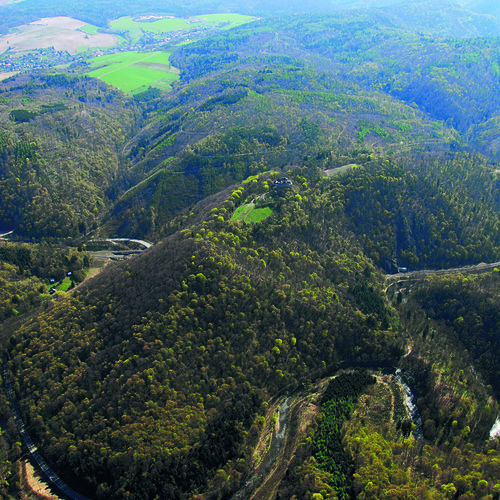 Aerial view of the site from the north-west.
Photo V. Skálová. 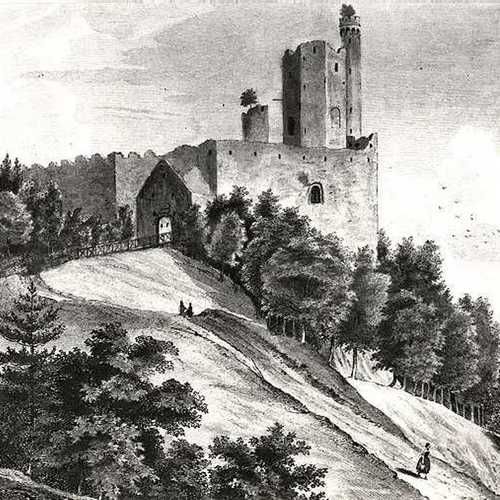 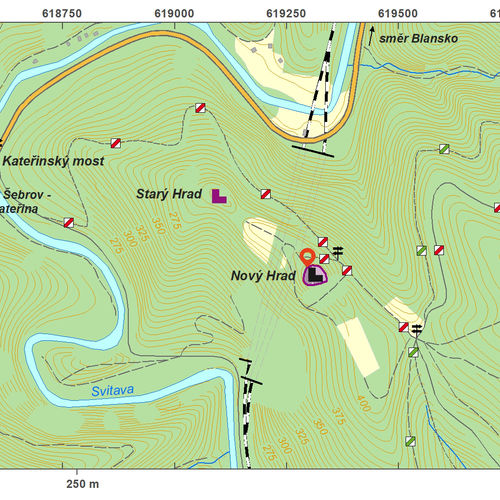 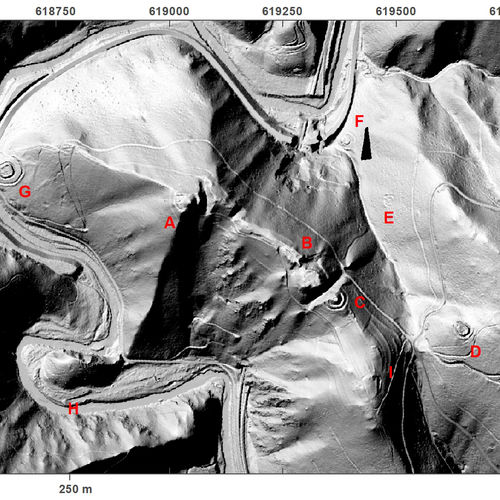 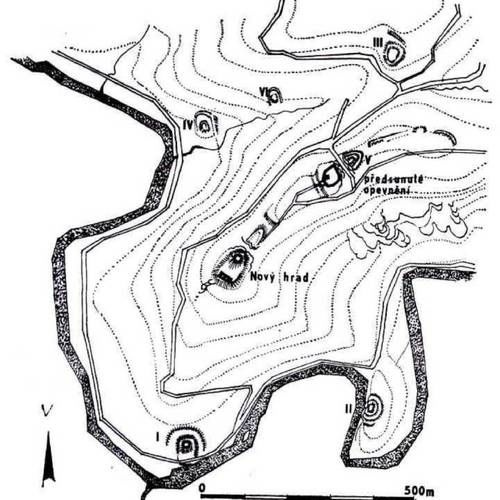 Site map of both castles and of the field fortifications.
After Konečný – Merta 1980.