Huge bank of the oppidum.

The smallest La Tène Period hillfort (oppidum) in Bohemia, situated on a picturesque promontory over the Moldau (Vltava) valley. Although the northwest side of the hillfort was originally fortified by a pair of ramparts and ditches, only the inner rampart and ditch has survived and can be seen today. The rest of the hillfort perimeter is also enclosed by a bank, which is the remnant of a wood and earth rampart with frontal stone screen wall divided by vertical beams. While the site does not reflect the wealth of other oppida, finds of imported pottery suggest that it could have served as a trade station along the Moldau route. 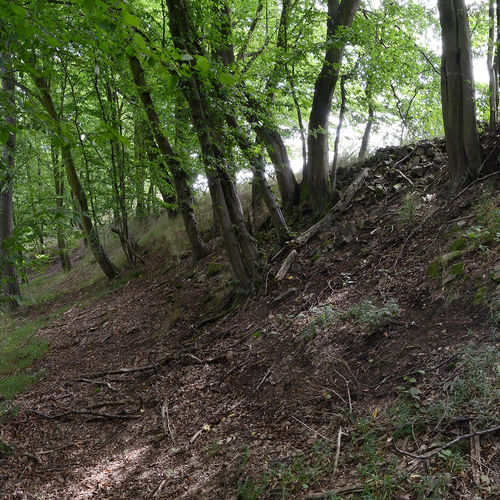 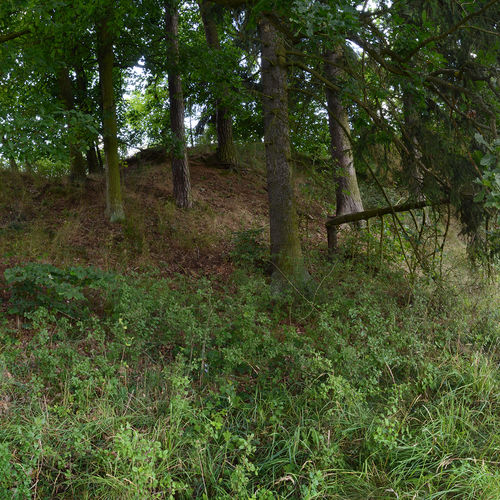 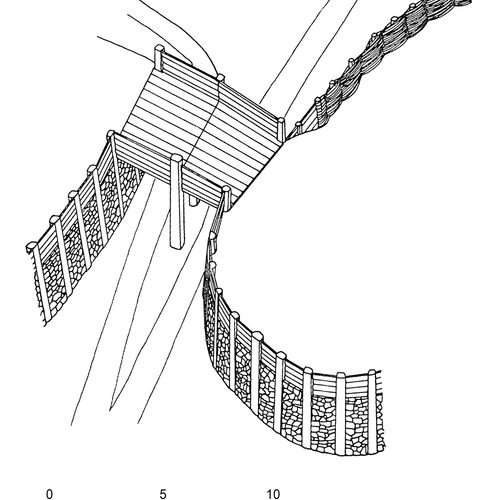 Drawn reconstruction of the southeastern gate.
After Drda 1987. 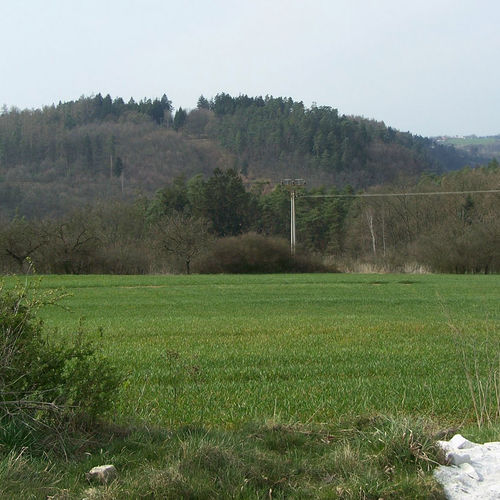 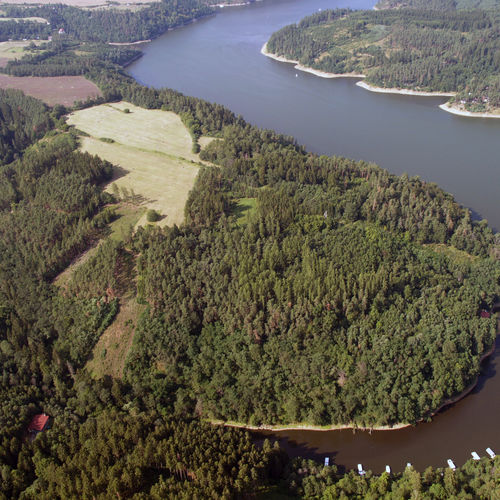 Aerial view of the promontory with oppidum.
Photo ÚAPPSČ Prague, 2004.

Map notes: A – main ‘lane’ type gateway; B – ‘pincer’ type gate with a side entrance; C – hollow way to a ford across the Moldau River; D – banks and ditches; E – water source; F–G – concentrations of surface archaeological finds and evidence of crafts. Map symbols are available in the Downloads section. 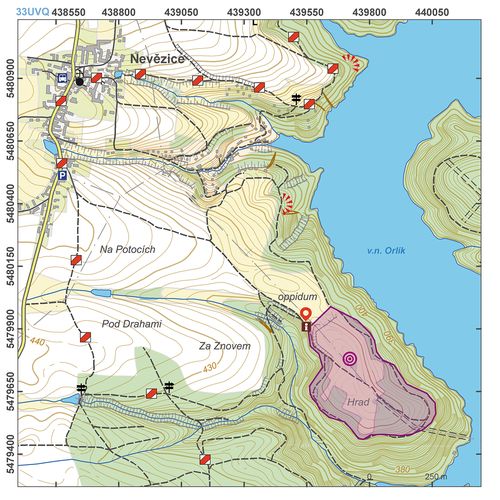 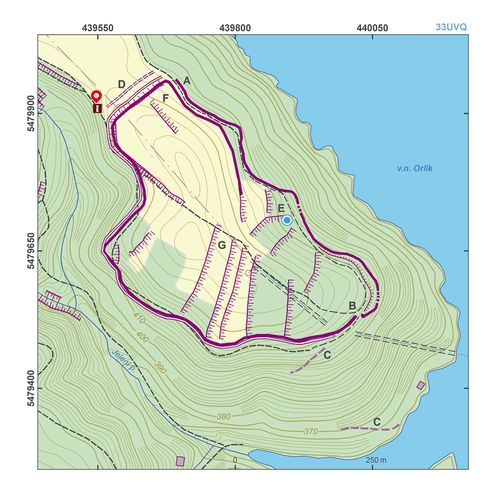