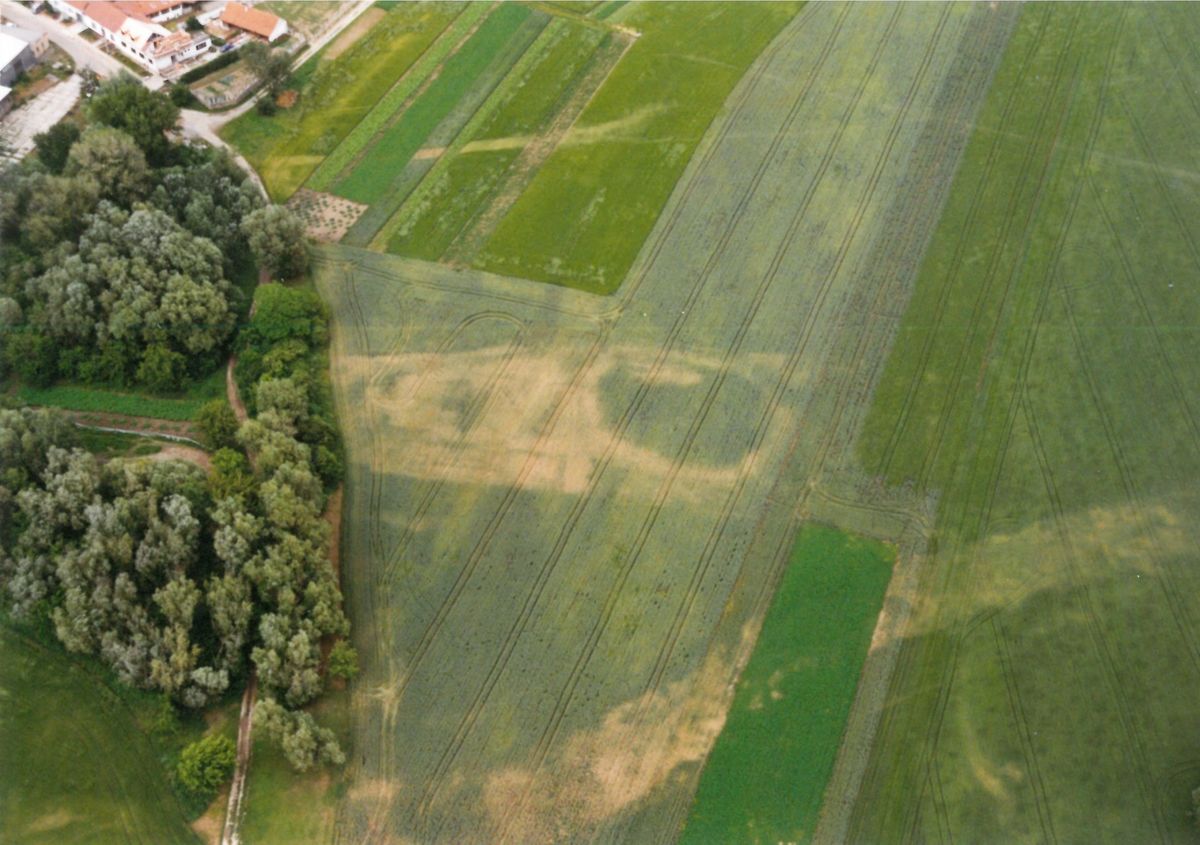 Aerial view of the roundel appearing as a yellow ring.

The Neolithic roundel of Němčičky nad Jevišovkou, a circular ditched enclosure, served for cultic purposes and as astronomical observatory. It was discovered in 1983, in the early days of aerial prospection, followed by a geophysical survey. In 1988, test pitting at the south gate revealed a V-shaped ditch. Based on the survey results, we may assume that the roundel had an ellipsoid ground plan (75 × 65 m). The ditch depths vary between 5 and 8 m; in four spots, it is interrupted by 2-m-broad entrances oriented approximately to the cardinal directions. An assemblage of 103 pieces of pottery fragments dates the area into the early phase of the Moravian Painted Ware culture. Today, the site is being cultivated and the ground plan of the roundel is not visible in the ground anymore. 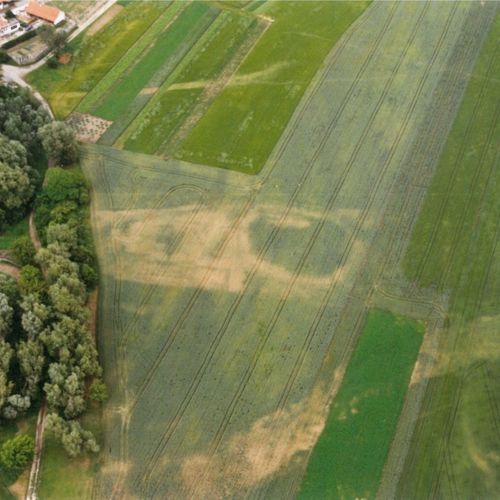 Aerial view of the roundel appearing as a yellow ring.
Photo M. Bálek, 1998. 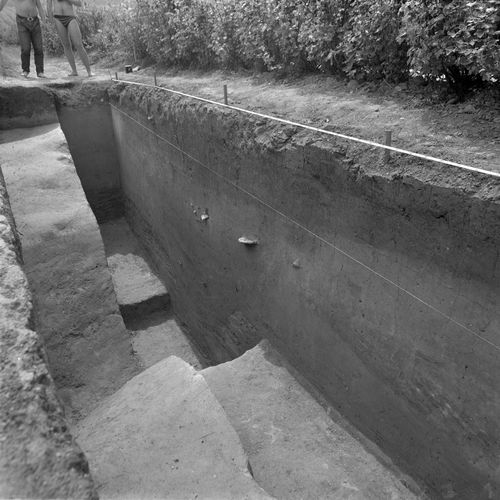 Overall view of a trench pit, unearthed during the excava...
Photo I. Šmajstrlová, 1988. 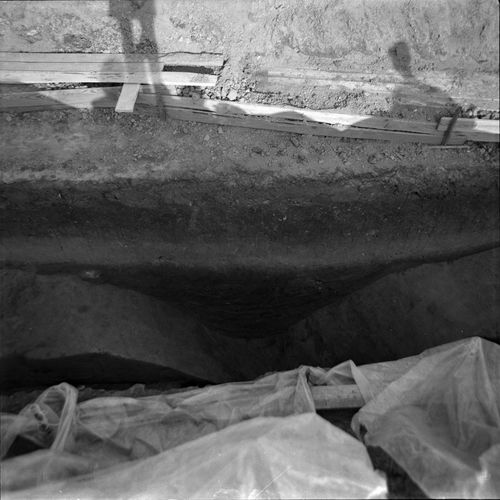 V-shaped ditch of the roundel uncovered during the excava...
Photo I. Šmajstrlová, 1988. 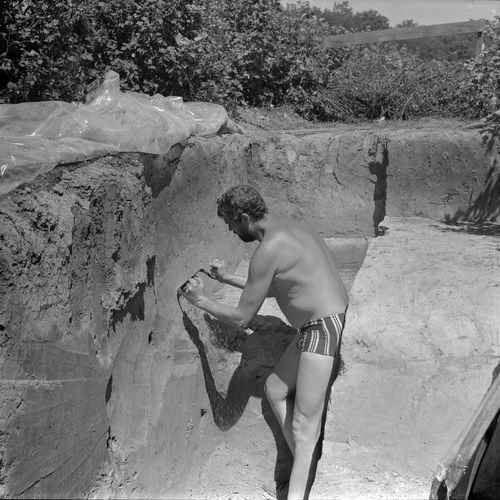 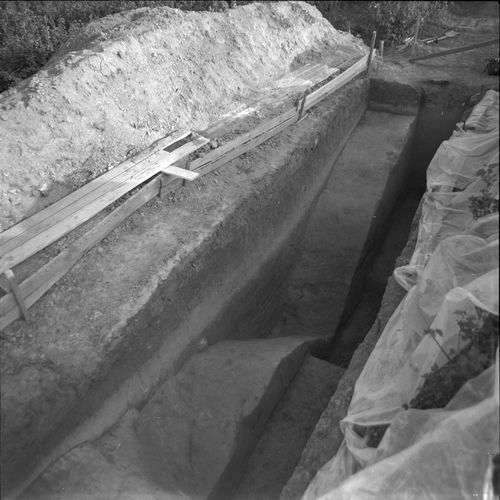 Trench pit with V-shaped ditch during the excavation in 1...
Photo I. Šmajstrlová, 1988. 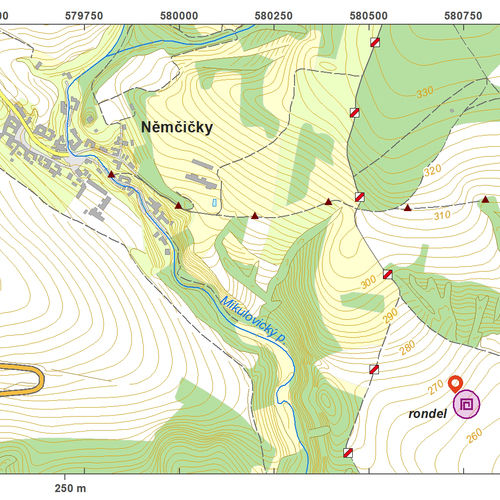 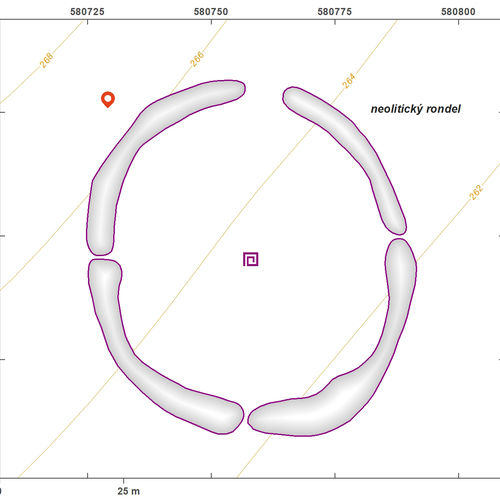 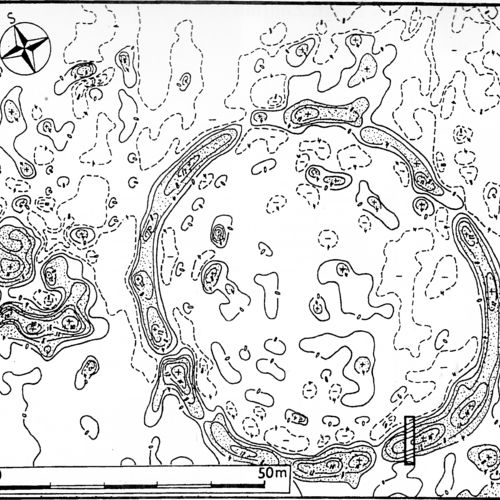 Visualization of magnetometry measurements of a ditch with highlighted positi...
After V. Hašek.