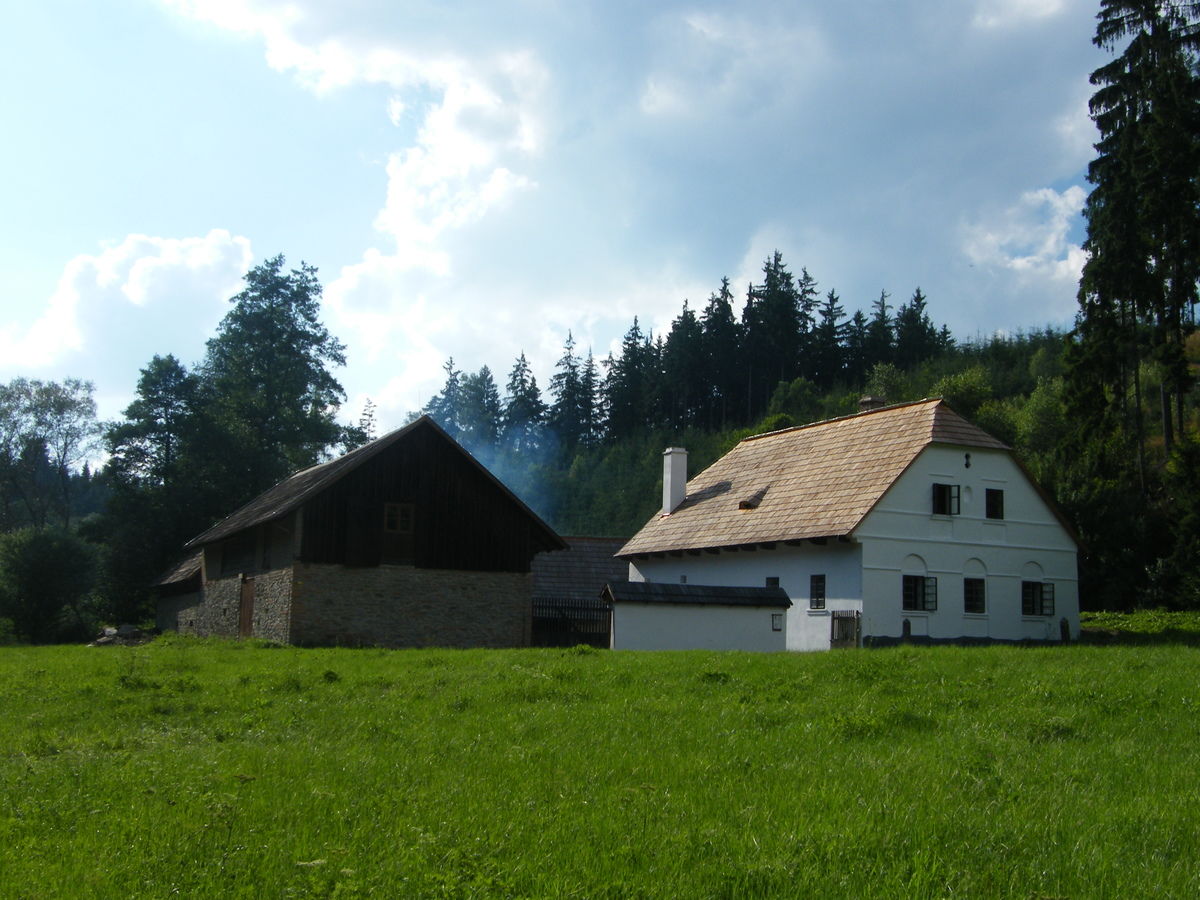 Overall view of the mill and service building from the south-east.

The area of Šlakhamr offers evidence of iron working in the Middle Ages and early modern period and is part of an exhibition on iron working in Vysočina. The beginnings of the hammer mill are connected with the colonization of that area in the mid-13th century. On the slope of the Peperk Hill in the centre of the area, deposits of polymetallic ore were mined. Iron working obviously stopped in the 2nd half of the 17th century, and in its place a mill was erected, which was rebuilt by the mid-19th century in the classicist style. An archaeological excavation was conducted in the 1980s contributing evidence of the hammer mill. In 2000–2012, the facility and its technological equipment were renovated. The area is in the possession of the Technical Museum in Brno. 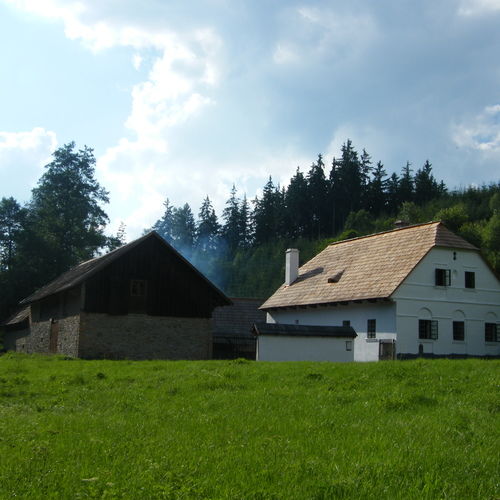 Overall view of the mill and service building from the so...
Photo S. Jagošová, 2010. 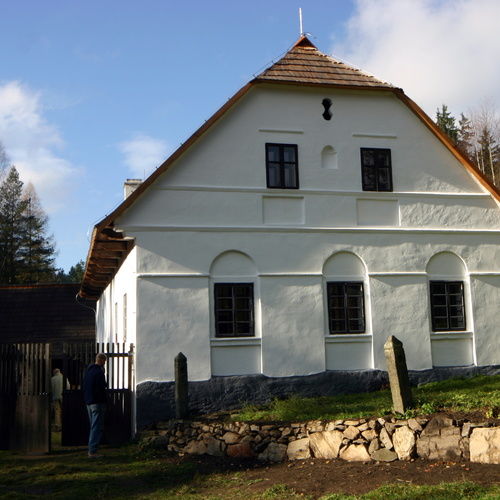 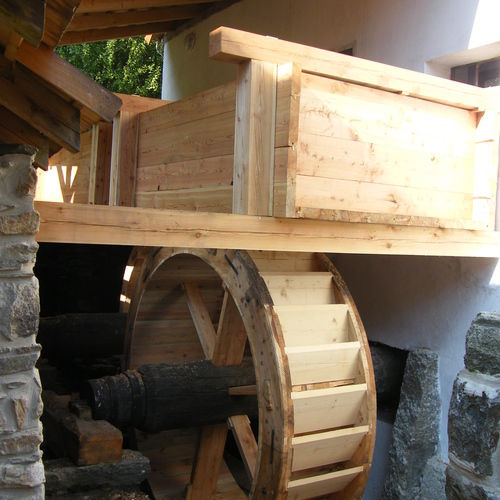 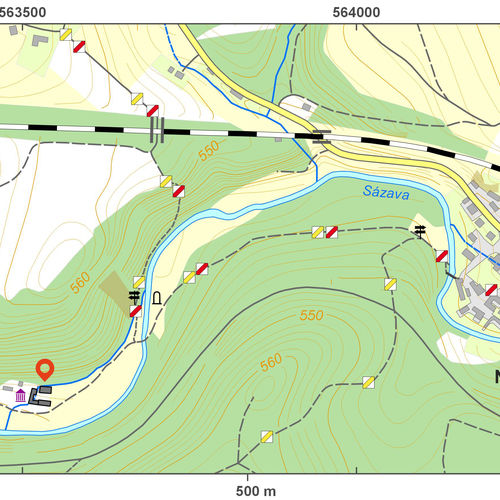 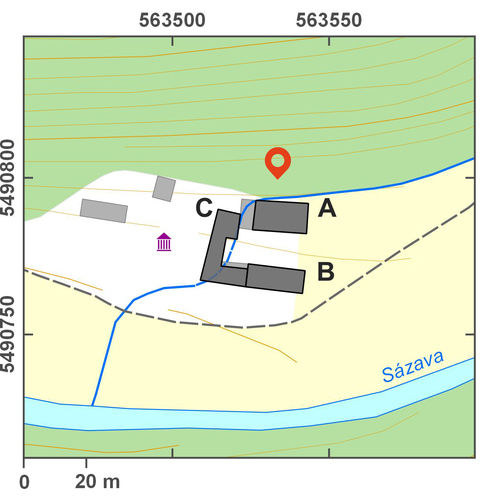