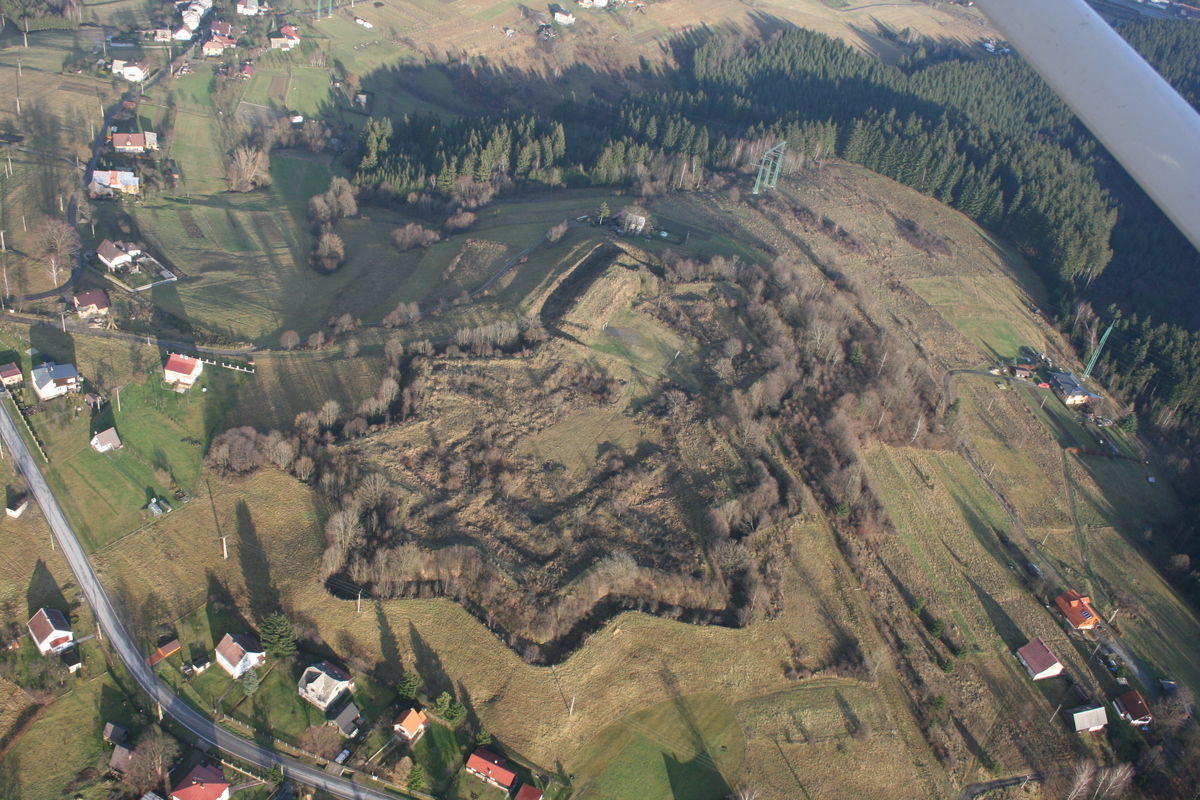 Aerial view of the fortress from the south-west.

The area of Velká šance ('Great Sconce') has yielded evidence of military engineering in the highly frequented area of the Jablunkov Pass (Jablunkovský průsmyk). The system of military fortifications controlled the south border of Silesia and protected it from a Turkish expansion. The oldest defensive structures are dated back to around 1550. In 1663, Velká Šance was rebuilt and bastions were added. A number of further reconstructions took place until 1848, when the fortification was abolished. The remains of Velká Šance are situated in an elevated location; currently, the outer fortification line consisting of an earthwork and moat is best preserved among the extant fortification elements. Today, the area is a cultural monument, and its owner, the municipality of Most u Jablunkova, is trying to improve its condition and presentation to the public. 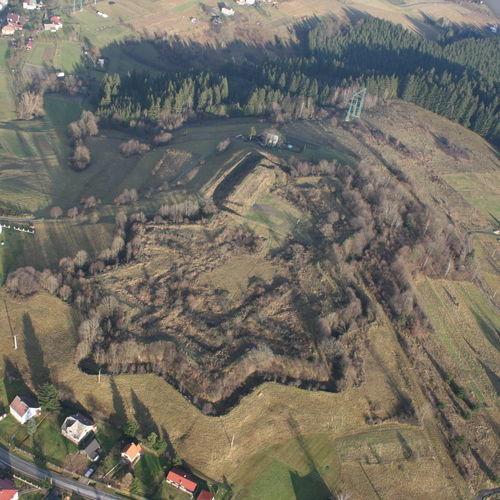 Aerial view of the fortress from the south-west.
Photo T. Ott. 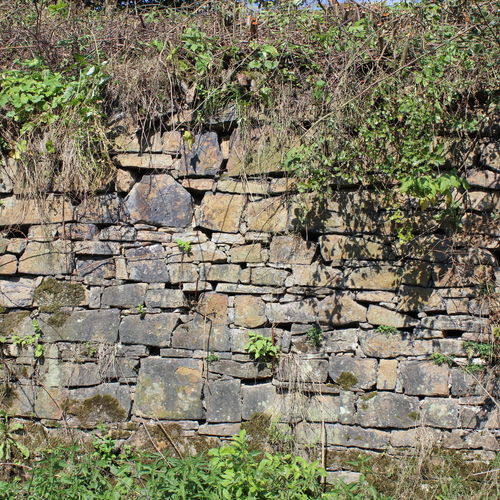 Detail of the wall of the counter-scarp of the defence mo...
Photo M. Zezula. 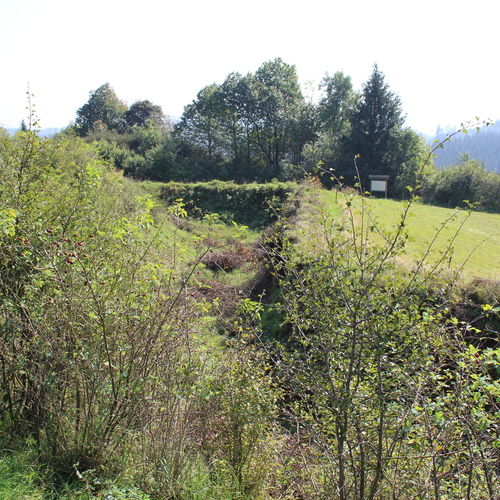 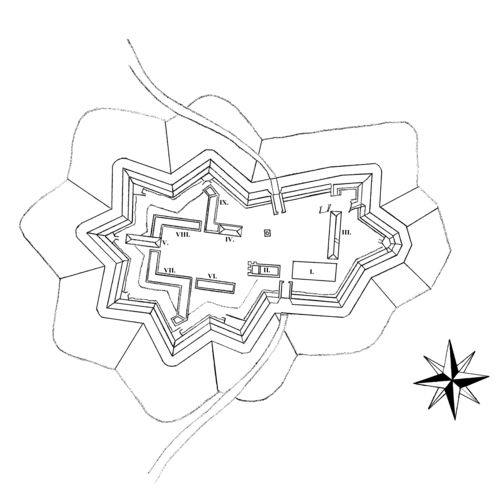 Plan of the military fortress from 1838.
After M. Krůl. 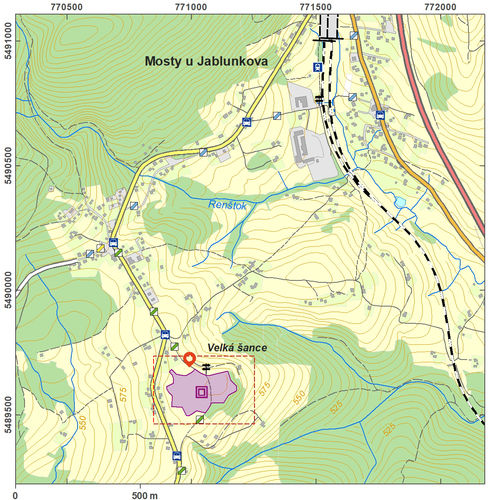 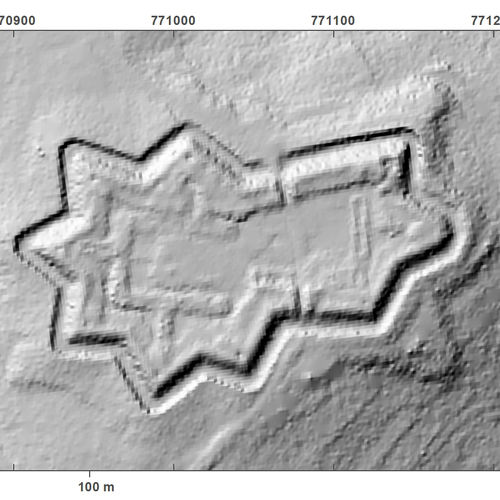