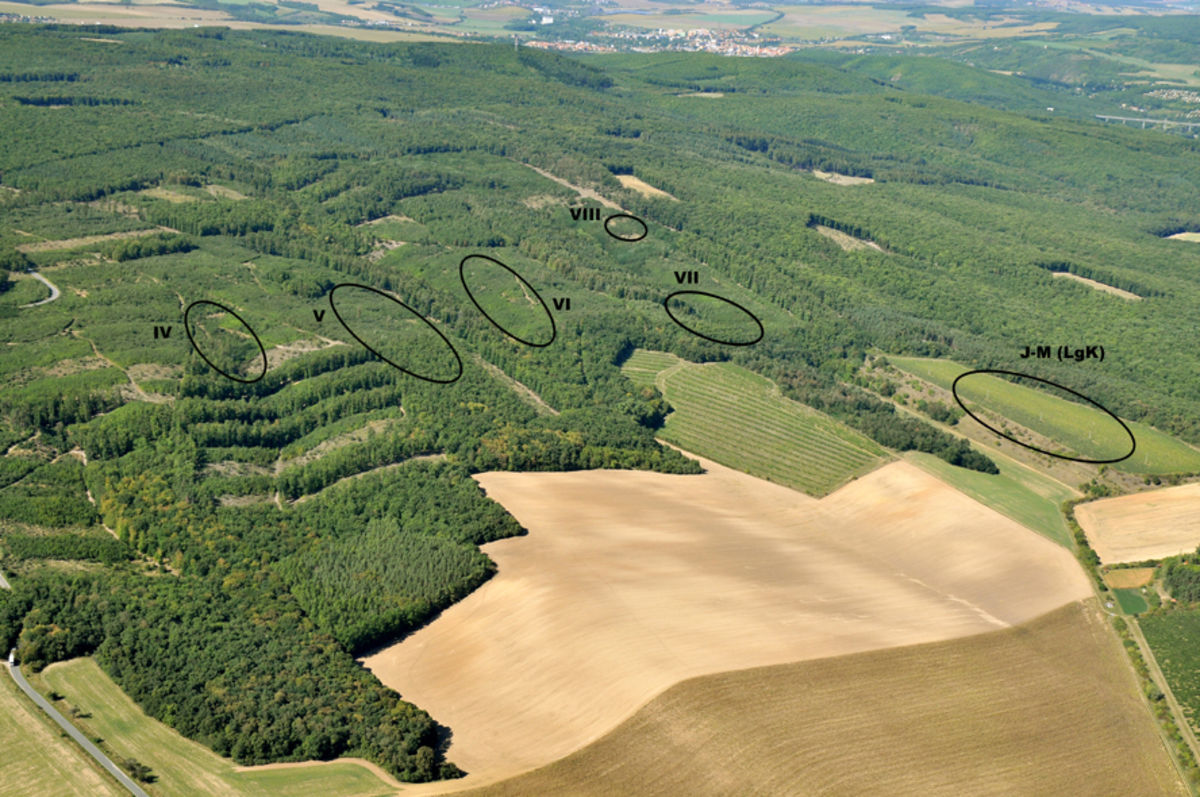 Aerial view with a highlighted part of the mining fields.

The prehistoric area of the Krumlovský les ('Krumlov Forest') is one of the largest European mining areas for hornstone used as raw material for chipped stone tools. The area was discovered at the end of the 1950s and since that time has been subject to an archaeological excavation. Traces of mining are dated back to the period between the Mesolithic and Early Iron Age. The mine stretches over at least 30 ha and is divided into nine mining districts. Mining and processing of this raw material was most intense in the Early Bronze Age. In the following Urnfield Period, mining ceased, but stone continued to be collected, processed and put into older shafts together with vessels containing human ashes. Hornstone mining was renewed in the Early Iron Age. The surface shows features that developed in the course of mining: shallow depressions surrounded by mining heaps with sometimes up to a couple of metres deep shafts beneath them. 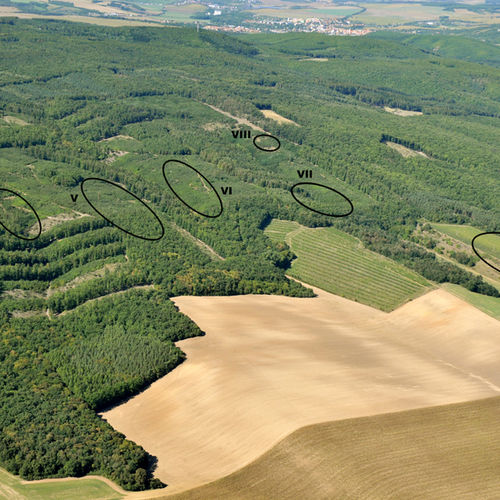 Aerial view with a highlighted part of the mining fields.
Photo J. Vondra, 2008. 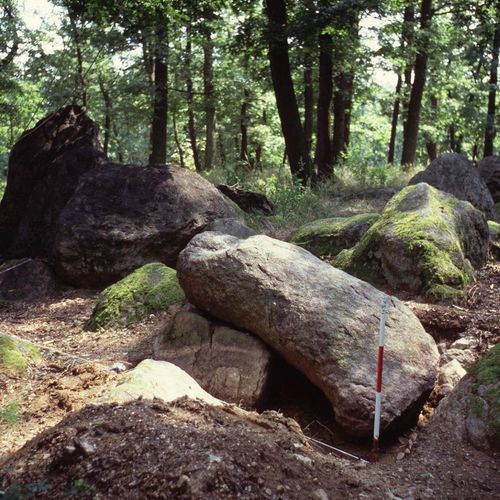 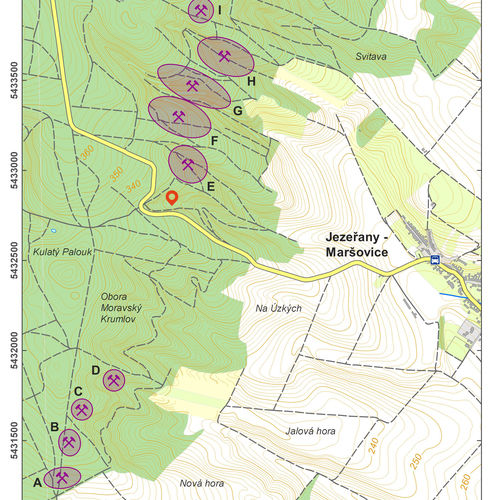