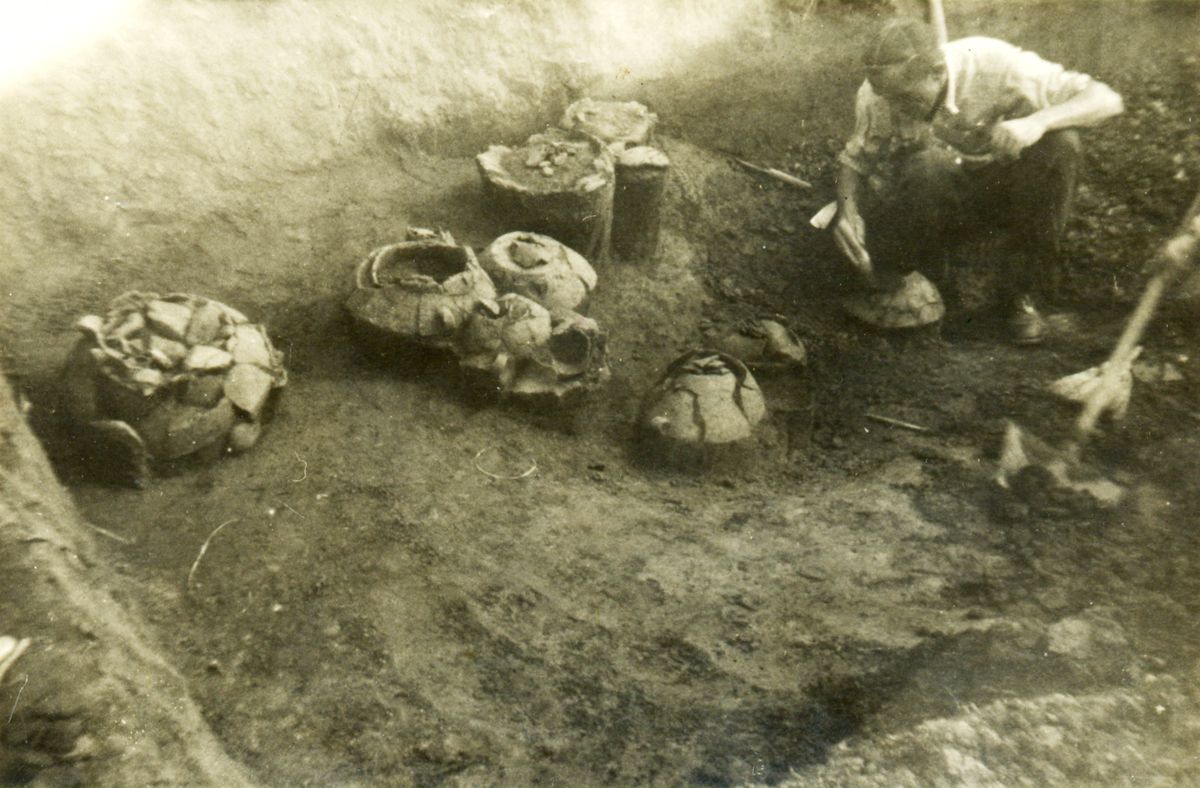 Moravičany, excavation of Lusatian graves in the Dílečky field in 1954.

The area includes the largest cremation cemetery of the Lusatian Urnfield culture in Moravia and the multicultural fortified Na Soutoku ('at the confluence') settlement at St George’s Church, near a ford across the Morava River. Since the mid-20th century, archaeological excavations have uncovered 1,260 graves on a surface of 1,800 m2. In the oldest period, the graves were covered by large barrows with stone constructions; there were up to 80 cremation grounds brtween them. The Na Soutoku settlement surrounding St George’s Church contained around 31 skeletal graves from the 11th–13th centuries. Trial trenches have yielded, apart from material from various prehistoric periods, the remains of an early medieval earthwork and ditch (total breadth of up to 10 m). The area contained a large number of interesting finds (artefacts of bronze, iron, glass and amber from prehistory, S-shaped temple rings and a Roman coin used as Charon’s obol from the Late Hillfort period). 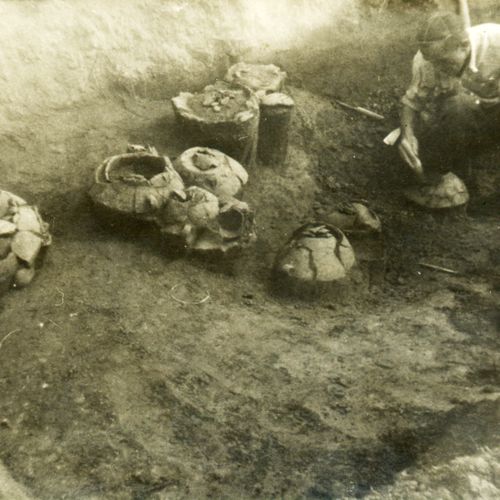 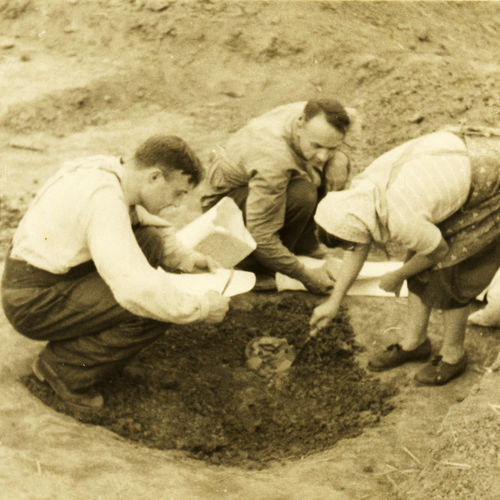 Moravičany-Dílečky, preparation of a cremation grave in t...
Archieve of K. Faltýnek. 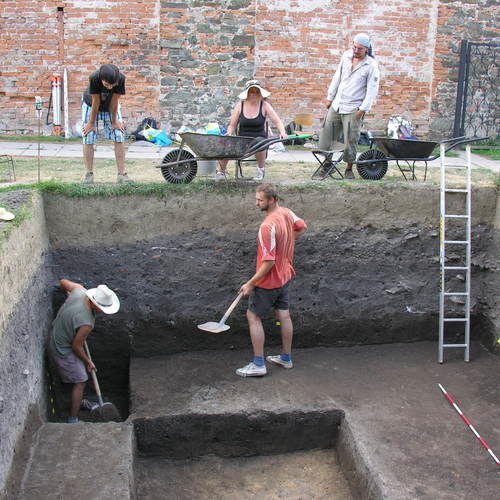 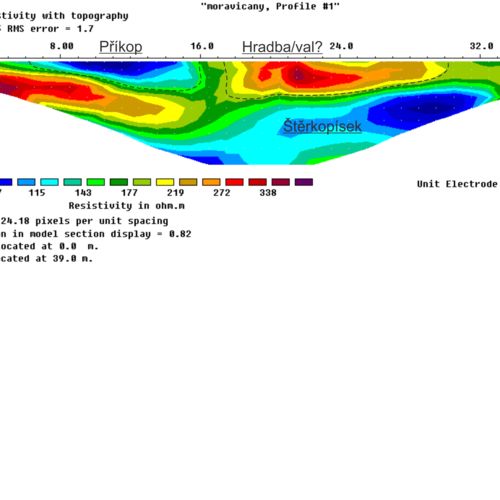 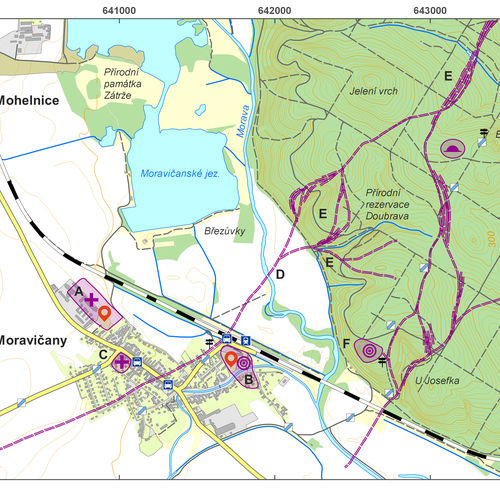 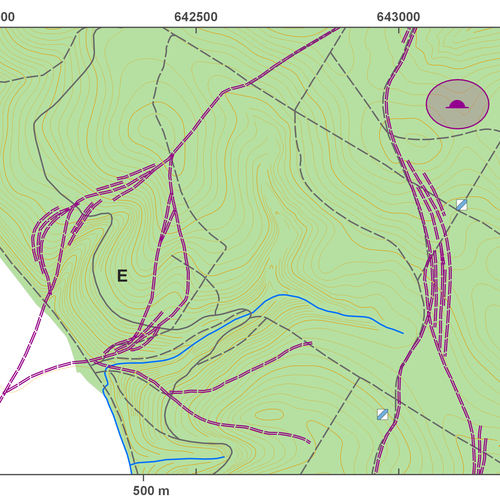 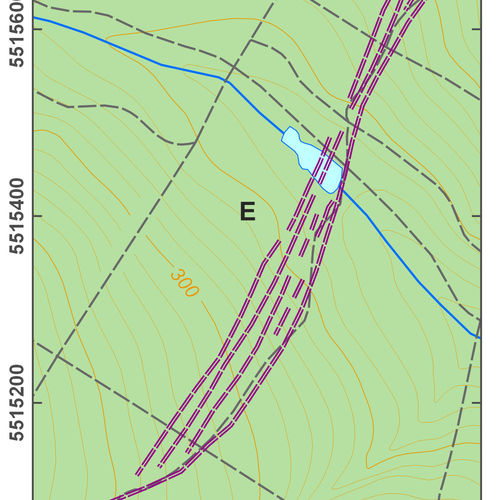 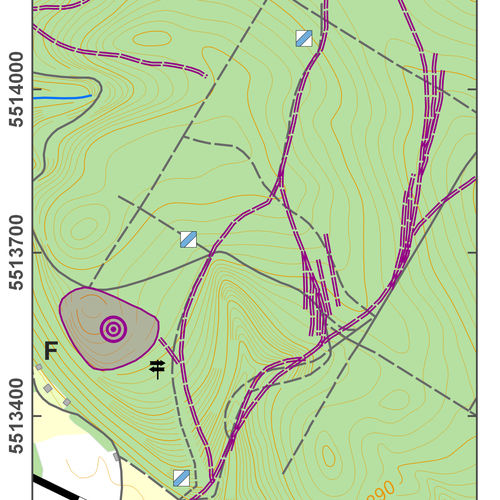