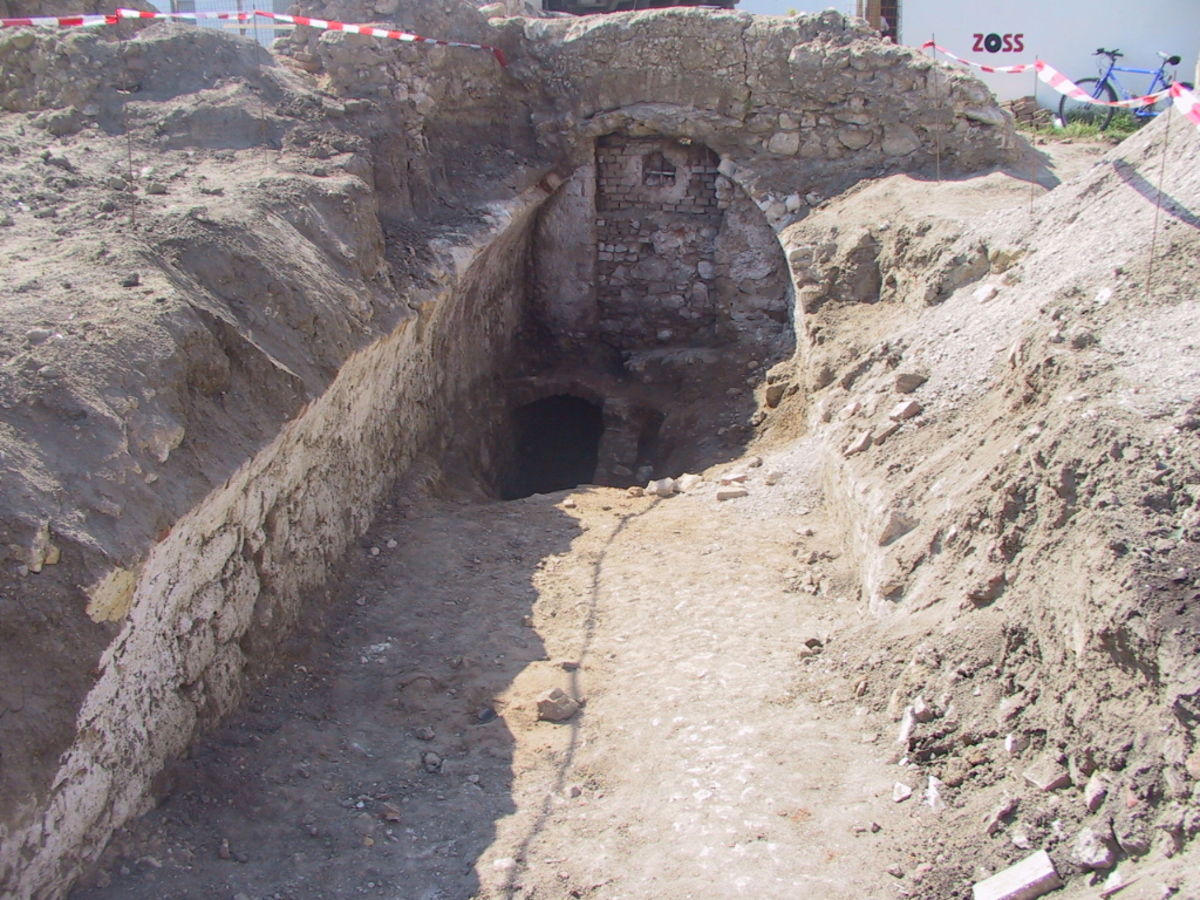 Archaeological excavation of a mikveh in an underground room.

The mikveh (ritual bath) of Mikulov, Moravia, represents a unique example of an archaeological find of a Jewish ritual facility. The Jewish community of Mikulov developed in the mid-15th century and was the largest in Moravia until the mid-19th century. In the 2nd half of the 20th century, large parts of the centre of the Jewish quarter were demolished; from the original 317 houses only 90 have remained. Among the most important preserved buildings are two Jewish schools, the nursing home and the Horní synagoga (‘Upper Synagogue’). In 2004, a cellar with a Jewish ritual bath was uncovered on the site of the parking park in Brněnská Street. After the excavation, the remains were reconstructed and can be visited through a new entrance. Today, the mikveh is part of the educational trail named ‘Památky židovské čtvrti v Mikulově’ ('Jewish Quarter Heritage Site in Mikulov') with information boards and panels on all important buildings. 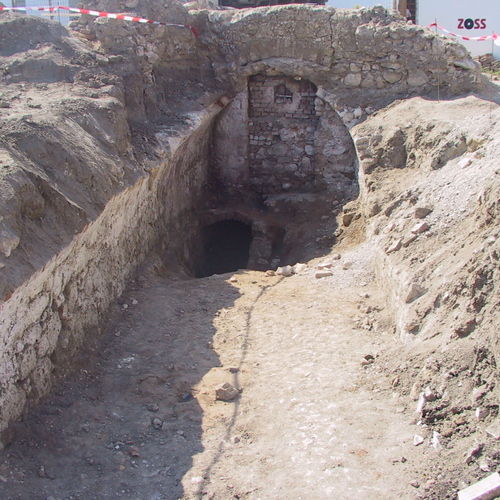 Archaeological excavation of a mikveh in an underground r...
Photo A. Knechtová, 2004. 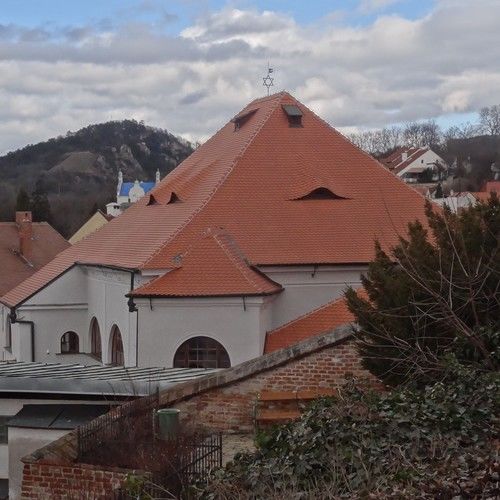 Jewish quarter with the Horní (Upper) Synagogue.
Photo A. Knechtová, 2015. 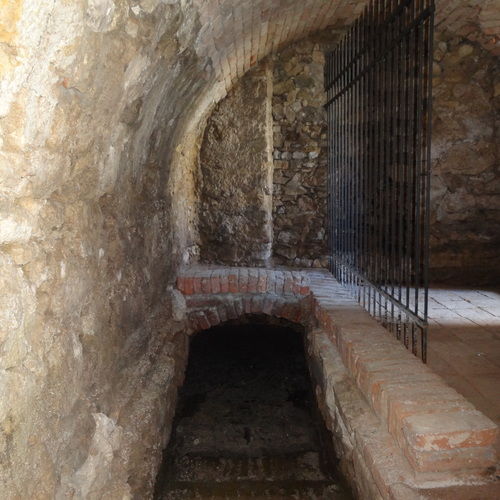 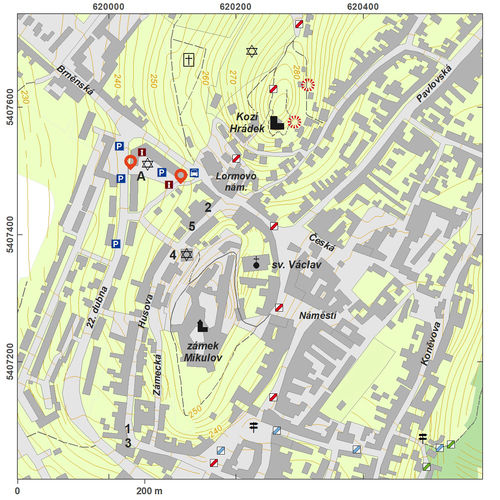 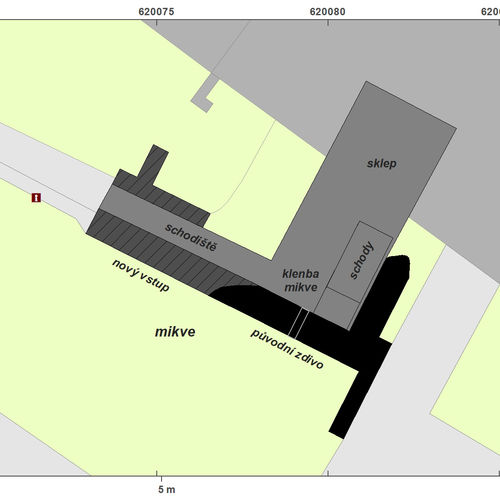