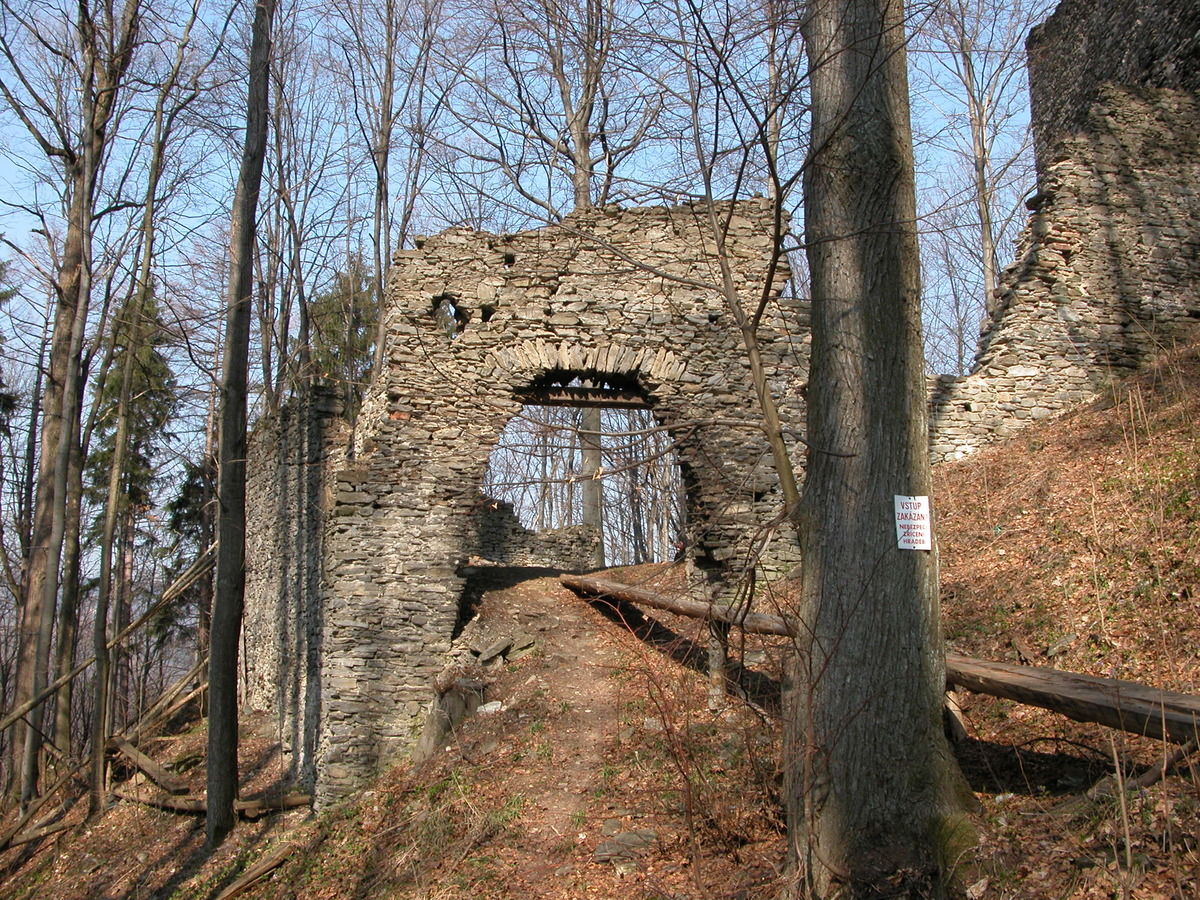 Second gateway, view from the east.

The medieval castle of Nový hrad (Neuhaus, Furchtenberg) with a vast fortification system is a typical example of defensive architecture in the time from the 14th to the 1st half of the 15th centuries. It seems to have been founded around 1374, and at the beginning of the 15th century, it is already referred to as deserted and demolished. The archaeological excavation yielded a burnt layer and a number of metal artefacts indicating a violent end of the site. A rescue excavation conducted in 1991–2001 confirmed three building phases. The first structure had a bergfried; in the second phase, the upper ward was enclosed with two fortification lines with six large rectangular towers; the last phase saw the addition of yet another outer fortification line. The castle is situated above the river valley of the Morava River, and today, it is covered with forest. Mostly only relics below ground, not the masonry, have been preserved; a small preserved part of the walls is in disrepair and unsecured. 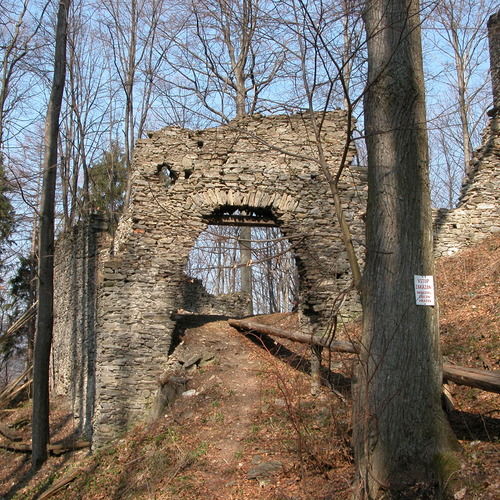 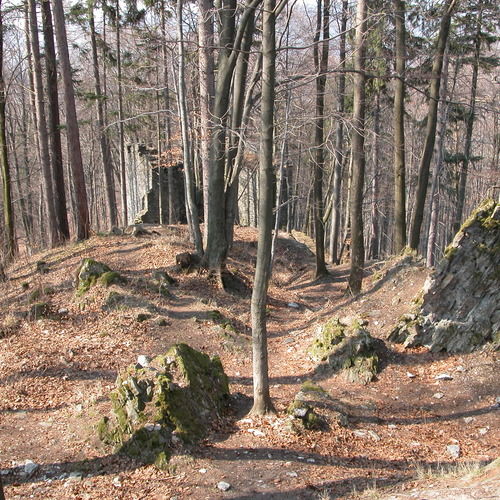 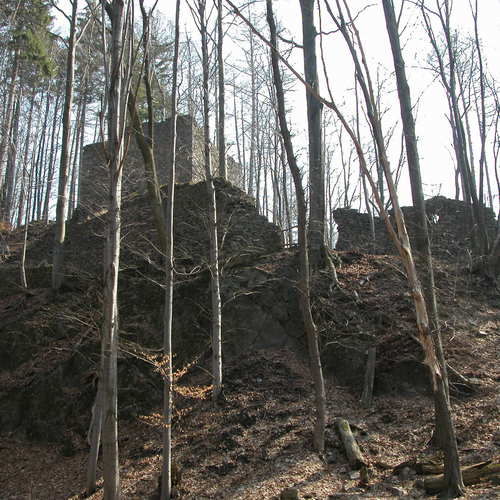 Overall view of the upper ward from the west.
Photo H. Dehnerová. 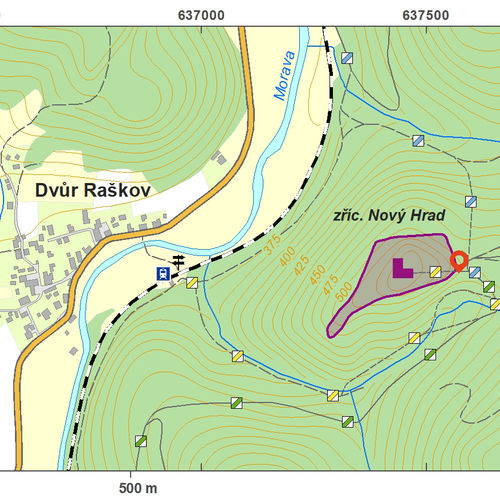 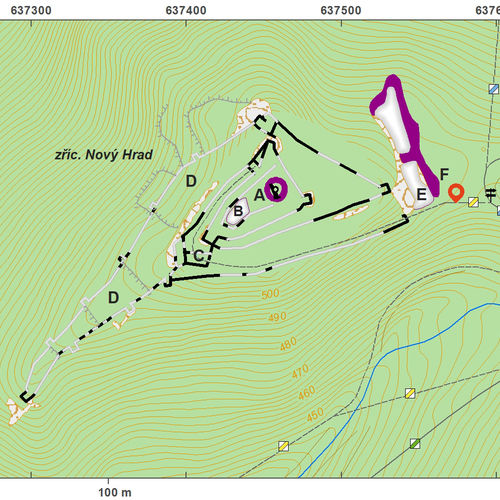