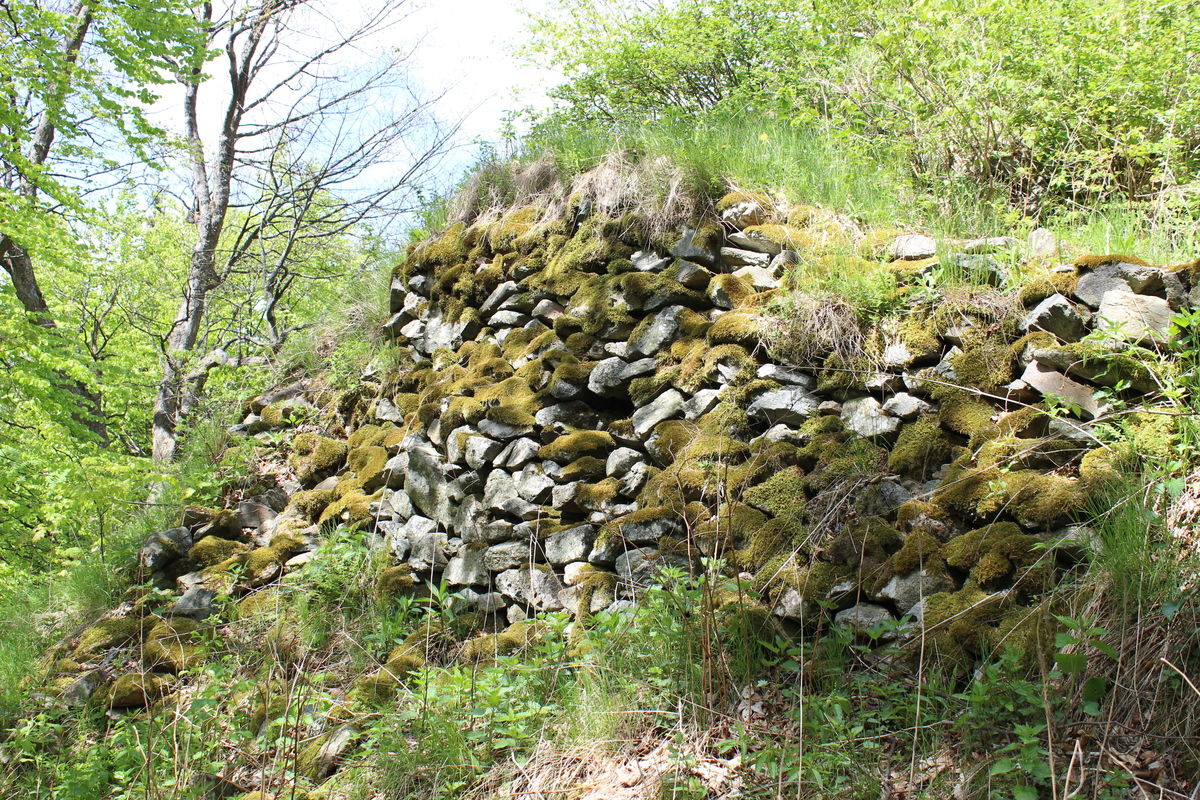 Remains of the walls in the west part of the castle.

Fürstenwalde is one of the most elevated medieval castles in the region. It was obviously founded with the intent to control the surroundings of precious metal deposits. It was erected in the 14th century and deserted a hundred years later during the Bohemian-Hungarian wars. Apart from stray finds, the first archaeological excavation was undertaken in 2012, uncovering a 1-m-thick curtain wall. Remains of walls and traces of landscape modifications give a general idea of the original appearance of the castle. Today, vast relics of the two-room tower house of 12.5 × 15 m and 2-m-thick walls can be observed. The most important archaeological find is a silver bracteate heller from the 2nd half of the 15th century minted perhaps in Krnov. 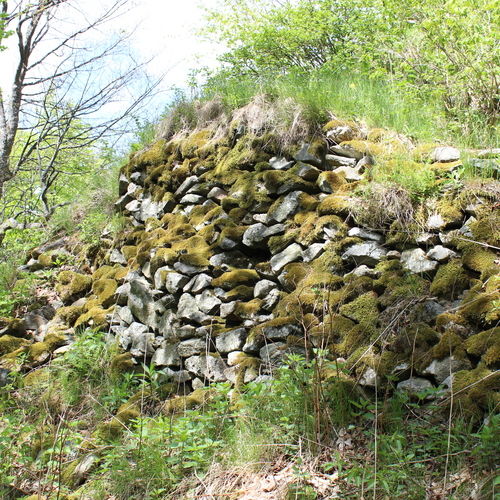 Remains of the walls in the west part of the castle.
Photo M. Zezulová, 2015. 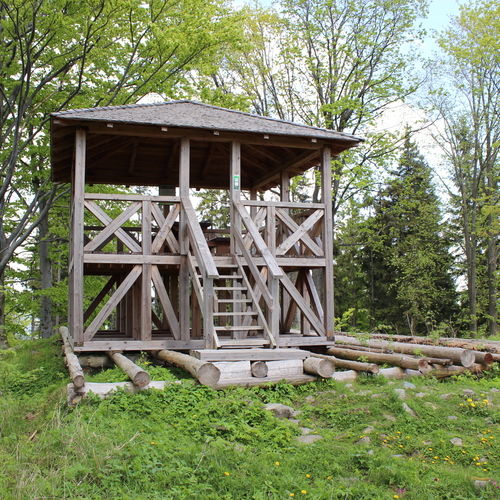 Lookout Tower at the place of the residential tower.
Photo M. Zezulová, 2015. 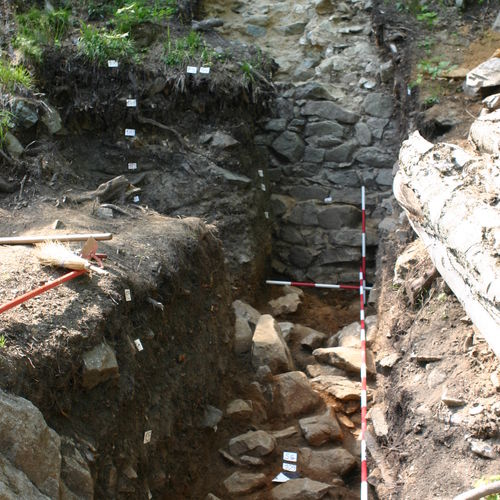 Remains of the castle wall during the archaeological exca...
Photo P. Malík, 2012. 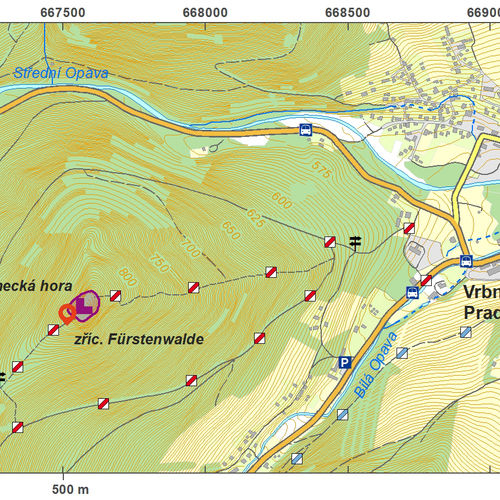 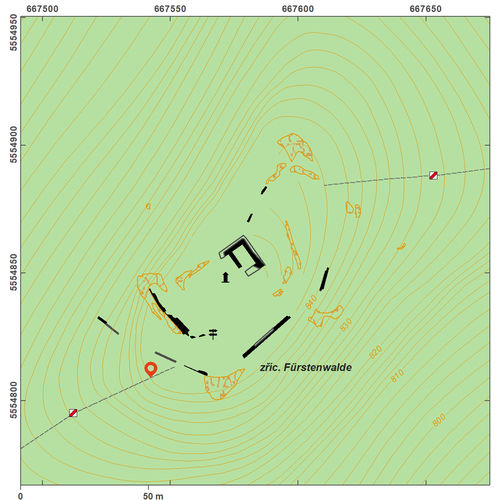